The family of Welsh politician Carl Sargeant have slammed further delays to the inquest into his death after it emerged Welsh First Minister Carwyn Jones may have to be recalled to give further evidence.

Mr Sargeant, 49, was found hanged at his home in Connah’s Quay, Deeside, on November 7 last year, four days after he lost his role as cabinet secretary for communities and children following claims he had groped and touched women.

The inquest has heard Mr Sargeant was never told the exact nature of the allegations, or who his accusers were.

After days of evidence, the inquest was due to conclude today – but was instead adjourned indefinitely.

It emerged Mr Jones will be recalled as a witness and his phone records checked following new evidence given to the court.

Carl Sargeant’s wife Bernie, his son Jack and their solicitor Neil Hudgell about furious about yet more delays to his inquest 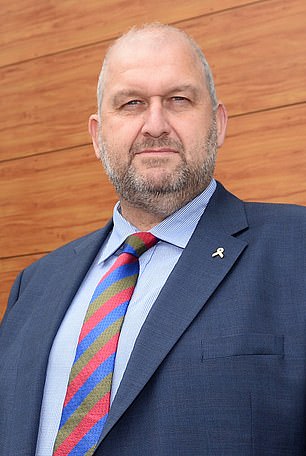 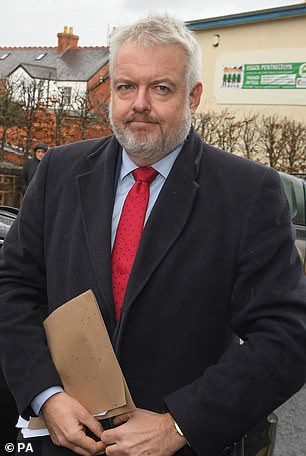 Carl Sargeant was found dead days after he was sacked by Welsh First Minister Carwyn Jones (right). His family have said fresh delays to his inquest came about after ‘new witness evidence which appears to contradict evidence already given on oath by the First Minister’

On the steps of the coroner’s court, a solicitor for Mr Sargeant’s wife Bernie and his son Jack, raged at the latest setback.

Neil Hudgell said: ‘The family share the coroner’s disappointment that Carl’s inquest has not been concluded, although it is not surprising.

‘We are shocked and concerned by new witness evidence which appears to contradict evidence already given on oath by the First Minister and his senior special adviser resulting in them having to return to court to clarify and explain those conflicts.

‘For Bernie, Jack, Lucy and family it has been a long and difficult week, full of unnecessary delays and it is highly unsatisfactory that they have not yet been able to get all the answers they deserve.

‘However, they are undeterred and will not stop in their quest for the truth.’ 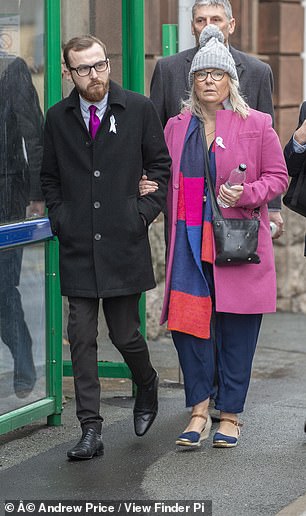 The inquest will not conclude today following a legal challenge and the possible recalling to give more evidence by Mr Jones.

Coroner John Gittins apologised to Mr Sargeant’s family in court at the hearing.

He said further evidence will continue today but the legal challenge by Cathryn McGahey QC, who represents the First Minister, and a decision on re-calling Mr Jones meant the inquest could not now conclude today.

Ms McGahey has sought to review the coroner’s rulings in a higher court, so evidence from Aaron Shotton, leader of Flintshire County Council and his deputy, Bernie Attridge, can be called.

A text exchange between the pair suggested Mr Sargeant would be “shitting bricks” now revelations about alleged sexual misconduct in politics were growing amid the ‘Me Too’ movement.

Mr Gittins said it ‘may be necessary’ to recall the First Minister who previously gave evidence to the hearing on Wednesday.