Australian surgeons have carried out the world’s first mock operation on a 3D-printed brain.

Mark Roe, the CEO of Adelaide-based company Fusetec that makes the brains, said they have the potential to save lives as surgeons are able to practice high-risk surgeries before they treat patients.

Patients can have their brains scanned into a life size model so surgeons can practice removing any tumours they may have ahead of a procedure.

On Wednesday, neurosurgeon Adam Wells removed a tumour from a 3D-printed brain inside a dummy modelled on former US President Barack Obama. 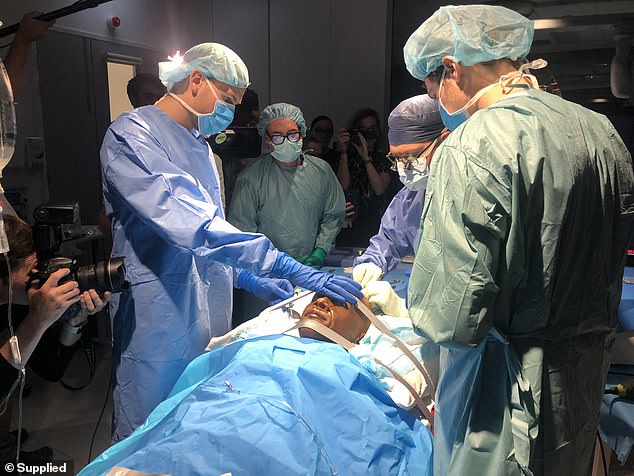 Mr Roe said he had been talking to surgeons and university professors for a year searching for a ‘problem’ he could solve.

‘A lot of surgeons were wanting patient specific models who they could rehearse on,’ Mr Roe told Daily Mail Australia.

‘When you have a complicated surgery, (the surgeons) really have nothing to practice on. It made me question what is fundamentally wrong with medical training.

‘Ultimately it can save lives because it can improve their skill set,’ Mr Roe said.

On Friday 40 surgeons will all be performing on 40 different brain models at the same time at the University of Adelaide.

‘It’s the first time ever we’ve had surgeons in a room all operating on exactly the same anatomy at the same time,’ Mr Roe said. 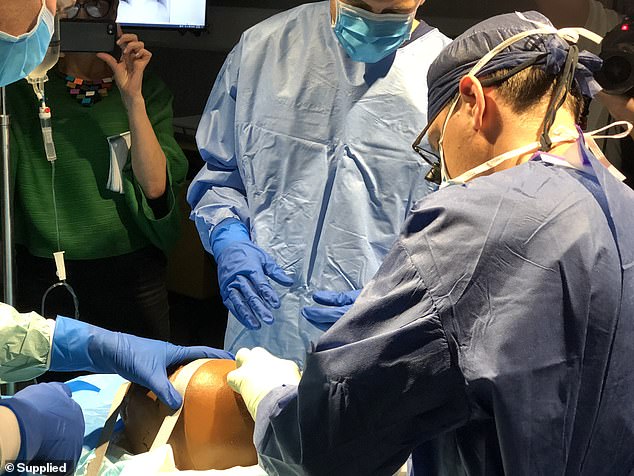 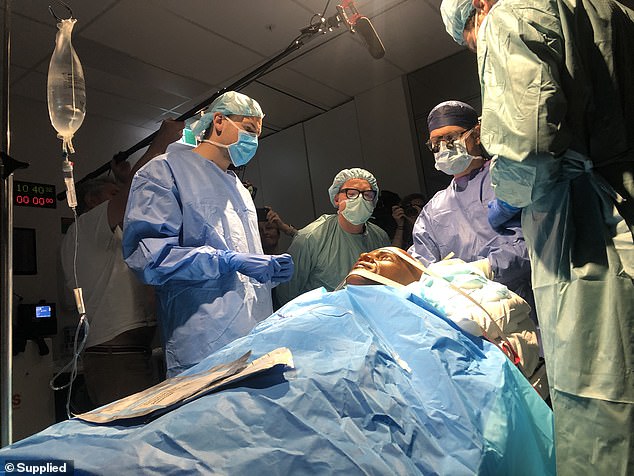 The CEO said there was several benefits to using the manufactured brains.

‘When surgeons practice on cadavers they contain bacteria. You have to sterilise the instruments afterwards,’ he said.

‘(The 3D brains) don’t contain bacteria, don’t need wet labs and can be used in classrooms.

He also added that using a fake brain meant there was no mess to clean up.

As part of the new development, surgeons are able to order any brain to work on.

‘(The surgeons) can get pathology on demand. They can order whatever they want – a brain with 6 tumours,’ he said.

‘Its very rare to get a cadavre with a tumour.’

Mr Roe said the development won over every surgeon who had seen it.

‘Every single surgeon that’s done it, loves it. They said it was amazing. It’s a great starting point,’ Mr Roe said.

Mr Roe is now planning to launch the 3D-printed brains to the rest of the world. 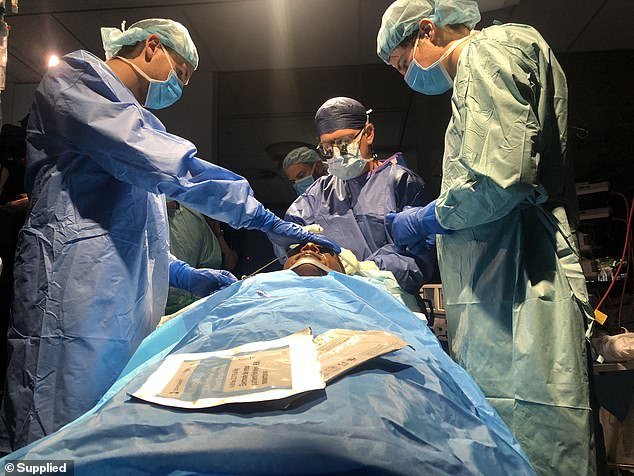