Future of the Scottish FA up in the air

Change or die. It is the imperative that faces every beleaguered life form. It is one that must be faced by the Scottish Football Association as clubs seek to back strong comments with stronger action.

A groundswell of dissatisfaction with the governance of Scottish football has become a tidal wave that seeks to wash away archaic practices and inefficient leadership.

Stewart Regan was the first blood spilled as he left his post as SFA chief executive in the wake of a series of failures that culminated in the botched attempt to lure Michael O’Neill from Northern Ireland as head coach of Scotland.

Ironically, many of the leaders of the top clubs in Scotland were sympathetic over the O’Neill rebuff, knowing through experience that first-choice candidates can often say no.

However, the dissatisfaction with the SFA has deeper, long-standing causes. The implementation of Project Brave, the tour of South America in the summer, the absence of sponsorship have all infuriated clubs.

An SFA insider has told Sportsmail that Regan had lost the confidence of many long before any rebuffed approach to O’Neill.

A chief executive who came in under a reformist banner was unable to carry clubs with him and was under pressure on a multitude of fronts from the handling of the financial meltdown at Rangers to the development of young players, the perceived paucity of revenue from TV and sponsorship deals and lack of a coherent strategy to deal with any of these.

‘He was weakened through time,’ he said of the ill-fated chief executive. ‘He lost direction, focus and the trust of clubs.’ Representatives of top clubs are now scrutinising a discussion document that aims to revolutionise the game in Scotland. The talks are at an early stage and such is their sensitivity that all comments were made by clubs to Sportsmail under the condition of anonymity. 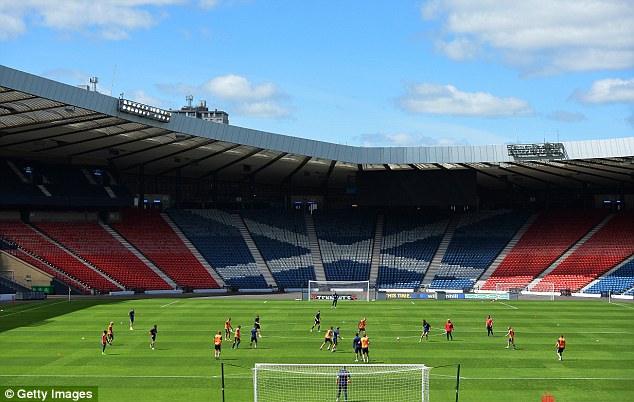 The plans include streamlining or even sidelining the national body

However, Sportsmail can reveal that two options are being considered.

The first is to revamp both the SFA and the SPFL.

The role of the chief executive would be redefined giving him or her the capacity to build a new organisation and take an innovative approach to the issues facing the game.

There is a mood among some club leaders to target a candidate from outside the football world but others believe there are viable applicants within the game.

These aims address concerns by some clubs that the SFA is ‘bloated’ and ‘inefficient’.

The dissatisfaction with TV deals has also been rising dramatically. SPFL clubs know that the £5billion deal negotiated recently by the EPL is that of another world but they are worried about how the gulf with Championship clubs in England is widening.

They believe there is more to be negotiated from broadcasters and that a long-term exclusive deal may be more appealing to a broadcaster than the current arrangement that sees Scottish football shown live by Sky, BT Sport and the BBC.

Option one also includes a revamp of the SPFL. This would be radical. All key elements of the game would be reviewed including league structure, organisation and form of all competitions, youth development and administration.

This ‘new approach’ and changed structures would be used to build a case to increase the value of TV deals and the attractiveness to sponsors.

One club chairman said: ‘We simply have to improve revenue streams. Scottish football simply has not been good enough at breaking money in. That has to change and soon.’ The second option is to scrap both the SFA and the SPFL and replace them with one organisation. This option is bolstered by the belief by many in the game that a mutual distrust between the organisations has hampered progress. 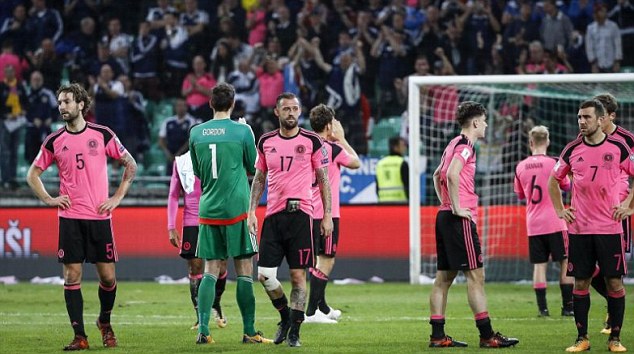 One proposal is that the new body would be headed by an independent chairperson with a board comprising a chief executive and representatives of senior clubs and those from further down the scale.

The body would deal with international commitments, domestic football and the governance, regulation and development of the game at all levels.

So how can either of those two options – or, indeed, any change – be brought about?

The big clubs will have to come to some sort of agreement that they can sell to the others. If a broad strategy is agreed, there is a will to bring in an independent person to lead a working group that can lead and define the project with a timescale of 18-24 months.

The need for change is made more urgent because of the quickly shifting sands of European football.

Peter Lawwell, chief executive of Celtic, told the BBC last week that ‘transformational’ money could come to Scottish clubs from a Europa League revamp from 2024.

Clubs want to be in the position to profit from any opportunity, particularly in Europe where there is exposure to more lucrative deals in TV and marketing.

‘We have to get our house in order quickly. I would be in favour of one voice, one organisation and one defined route forward,’ said one chairman.

All club representatives contacted by Sportsmail admitted that the road ahead would not be straightforward.

‘There will be bumps and collisions,’ said one. ‘But we must not shrink from that and see it as an excuse to back away from reform.

‘We are discussing options. The status quo is not one of them.’