‘I think it’s out of the question that we both leave’: Gabriel Jesus insists he and Sergio Aguero will stay at Manchester City beyond this summer

By Joshua Law and Tom Sanderson For Mailonline

Gabriel Jesus has insisted both he and Sergio Aguero will stay at Manchester City next season.

Speaking minutes after Brazil had beaten Bolivia 3-0 in the opening game of the Copa America, the Manchester City star said he and ‘legend’ Aguero will continue to fight it out for a place in Pep Guardiola’s team.

Like is so often the case at club level, Jesus found himself coming off the substitute’s bench in the Morumbi stadium, with Liverpool’s Roberto Firmino preferred from the start. 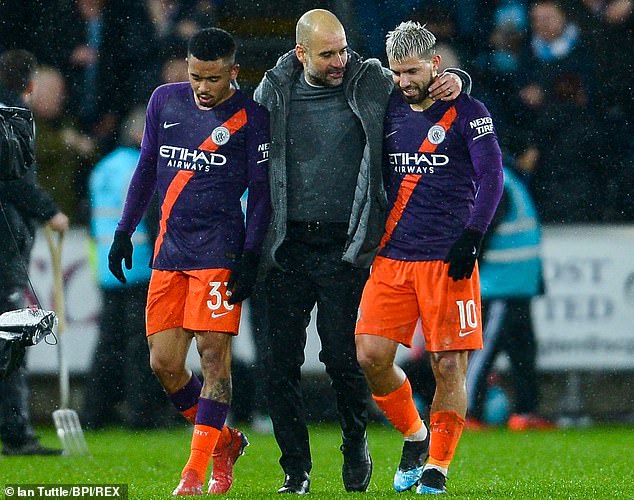 The City player had been excellent in the warm-up friendlies and many in Brazil believed he deserved the opportunity to play a full 90 minutes, but he is not allowing himself to get too beat down about the lack of opportunities.

Speaking to Sportsmail in the mixed zone following the match in his home city of Sao Paulo, Jesus sought to quash reports that he is looking for a move to a club where he could get more time on the pitch.

‘I think it’s out of the question that Aguero leaves and me too’, he said. 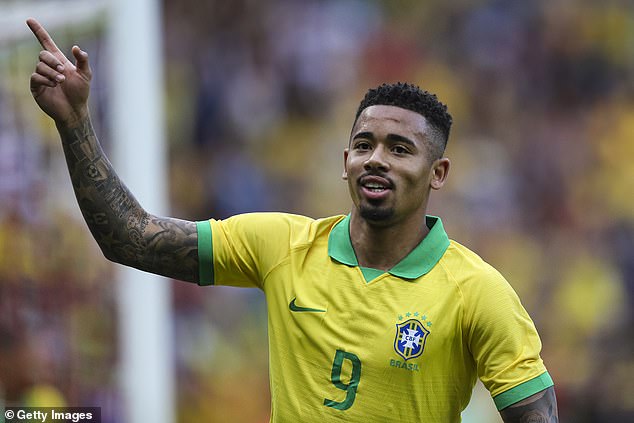 ‘[Aguero] is a legend at the club – he’s the top scorer [of all time]’, the 22-year-old continued. ‘Obviously as a player I always want to play, but I’m happy to help and I respect Sergio.’

It has also been suggested that Aguero will return to boyhood club Independiente in the near future, rumours stoked by the Argentine’s father. His club mate Jesus sees neither of these possibilities coming to fruition, however.

While Aguero fired City to their fourth Premier League crown with 21 goals – only one behind golden boot winners Pierre-Emerick Aubameyang, Sadio Mane and Mohamed Salah – Jesus was Pep Guardiola’s go-to man in City’s cup runs as they completed the domestic treble last season. 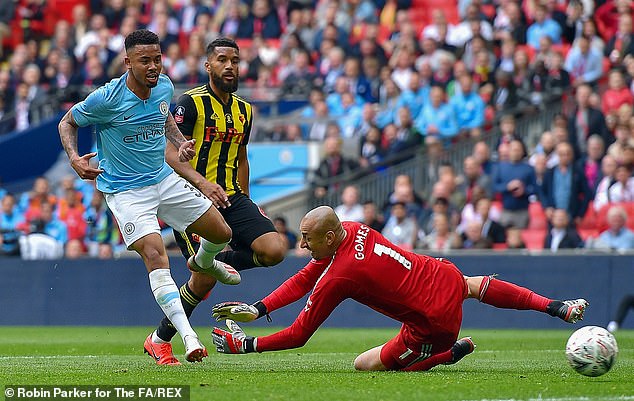 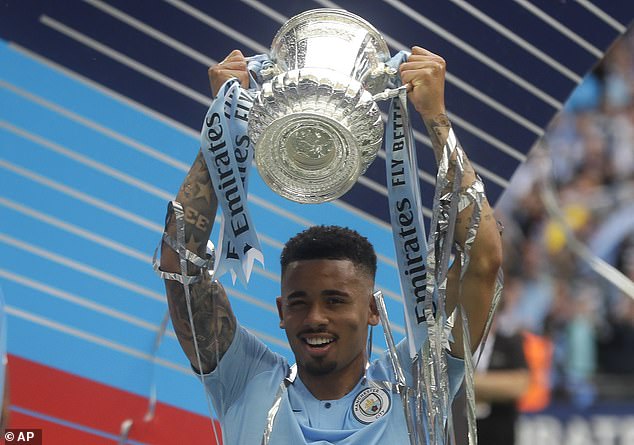 ”It was a very important final – I was happy to score in an important fixture’, Jesus said

Amused when Sportsmail reminded him of the first of his two FA Cup final strikes, which was almost awarded to Raheem Sterling pinching on the line, Jesus said he was ‘very happy to be able to play and aid the team’ in a 6-0 crushing of Watford.

‘It was a very important final, the last game of the season and I was happy to be able to score in such an important fixture’, he concluded. The brace at Wembley meant he finished as the competition’s joint-top marksman and provider of assists.

Jesus will now be hoping that the 30-minute display he gave towards the end of Brazil’s win is enough to get him a place in the starting line-up for their upcoming encounter with Venezuela. The game will be played at 1.30am on Wednesday, UK time.