Gabriel Jesus raged after being sent off in the Copa America final win over Peru and burst into tears on the steps of the Maracana.

The Manchester City star picked up two yellow cards and left the hosts fighting to hold a one goal lead with 10 men.

Fortunately, Richarlison stepped up to seal victory and spare Jesus’ blushes but the striker’s dismissal was a major flashpoint. 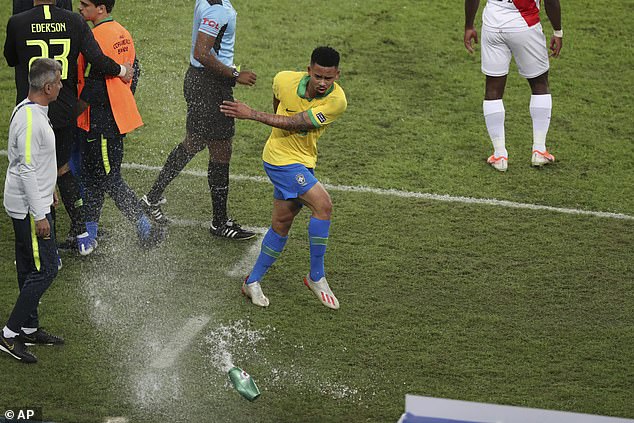 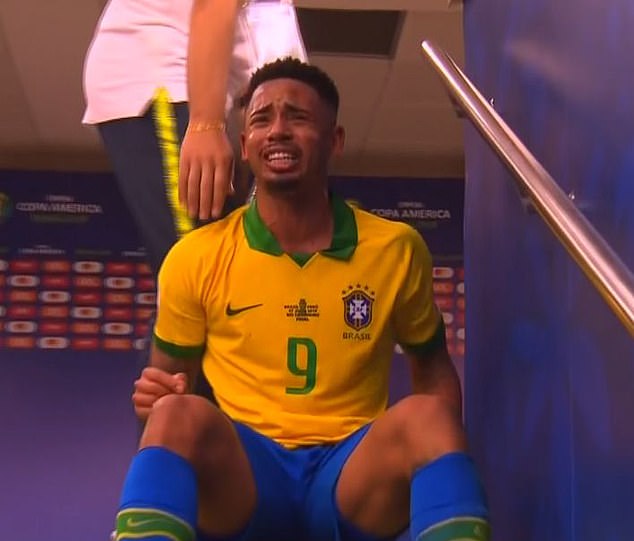 Jesus was visibly distraught after Roberto Tobar brandished his second yellow of the game.

Jesus mistimed a fairly innocuous challenge in the air on Zambrano and then allowed his rage to boil over as he walked to the sidelines.

He booted a water bottle and then punched the VAR replay booth before bursting into floods of tears on the steps of the famous stadium just inside the tunnel.

After he’d punched the VAR booth, he then shoved it, almost tipping the replay system over completely. 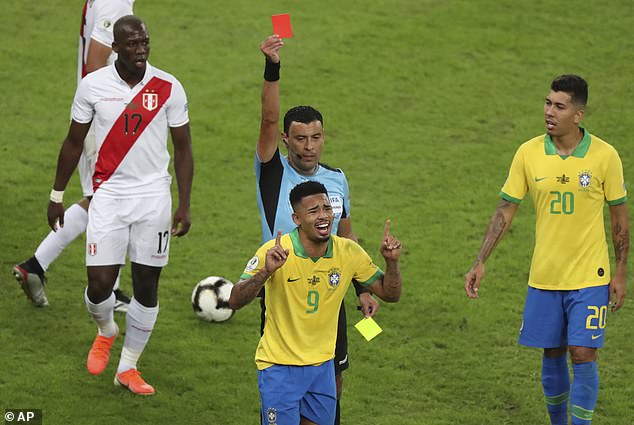 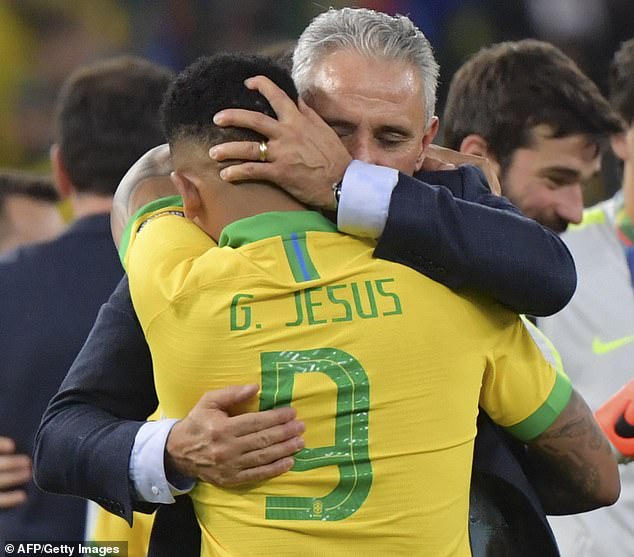 The 22-year-old had been the best player on the pitch for most of the game until his night’s work came to an abrupt end.

He twisted and turned past a marker on the right wing before laying an assist on a plate for Everton to break the deadlock.

And after Peru had equalised from the spot, he slotted a goal of his own neatly into the corner on the brink of half time.