Isn’t it incredible what an impact a couple of penalties can have? Gabriel Jesus has looked a man bereft in front of goal for much of this season. But not with seconds left on Wednesday night.

Jesus barely looked as he deftly lobbed the Shakhtar Donetsk goalkeeper, Andriy Pyatov, and it calmly nestled into the back of his net. Manchester City’s sixth of the evening and a third for Jesus. He had only scored twice – against Huddersfield Town and Oxford United – before this.

It was the finish of a man who scores every week, not one who could not buy a goal. For Pep Guardiola, who admitted last week that the Brazilian was in desperate of one to fly in, it should provide a fillip. 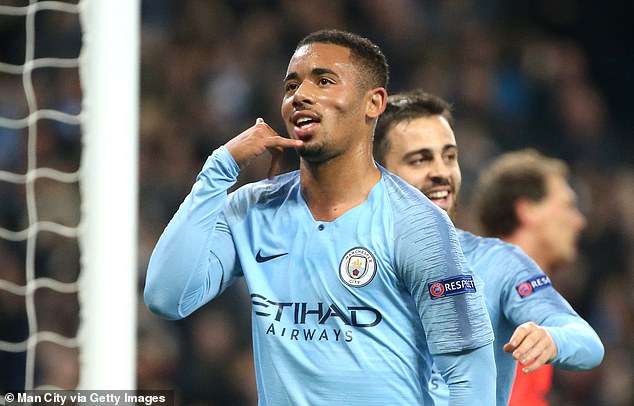 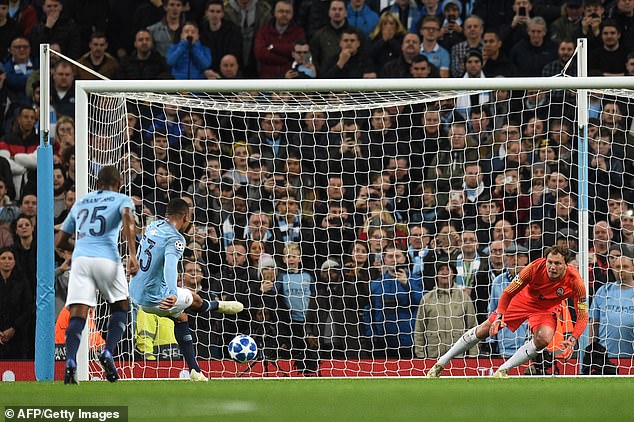 Jesus has constantly worked hard but his cutting edge has lacked. The indications of his troubles had actually been evident earlier in the game. He missed a simple one-on-one chance when put through, snatching at another chance.

And, in the 24th minute, as the Shakhtar players bawled at referee Viktor Kassai and Raheem Sterling replaced a particularly menacing blade of grass, he stood breathing heavily.

Whichever way the ludicrous penalty came about, Jesus needed it. He sent the ageing Pyatov the wrong way and had his first really meaningful goal of a campaign during which he has floundered. A second from 12 yards after half-time was a bonus. The third was sublime and a product of the two penalties.

That he required this lift is a surprise. It is not long ago that Jesus – bright, ferocious in his pressing – was dragging Sergio Aguero along with him. Now it is unquestionably the opposite.

That Aguero was given a breather is as much to do with Guardiola’s confidence in City getting the job done here as it was with Sunday’s Manchester derby in mind. He did not require his main man. 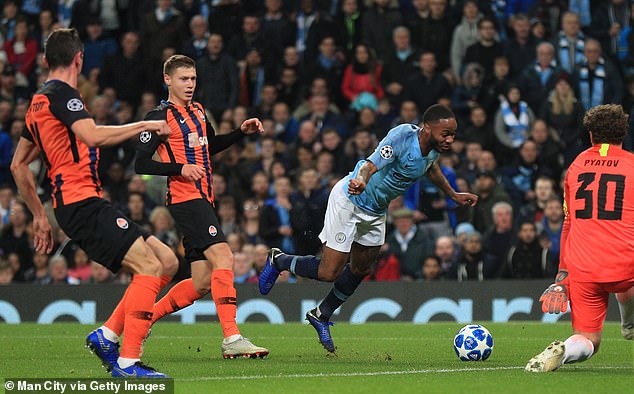 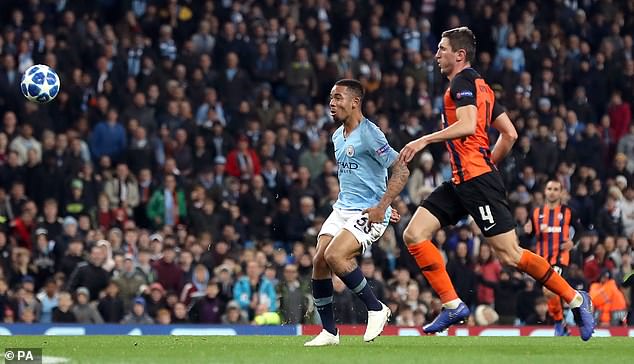 That decision of who to pick, however, is not the agonising choice it once was. Aguero has hit new levels; Jesus has dropped off.

Some inside City are baffled by the dip, although others claim he is performing admirably. His zest energised Guardiola’s game plans during the opening months of his spell, before injury, and that returned for chunks of the record-breaking title procession last year. The summer’s crushing World Cup has not helped.

As revealed in the new book about Guardiola’s time in England, Cuaderno de Mánchester, Aguero was told by Mikel Arteta that adapting to the Catalan was an absolute necessity if he were to remain in the manager’s thoughts.

Jesus – who had incredibly never eaten fish before being introduced to dietician Silvia Tremoleda – was the first striker City have ever bought who has challenged Aguero. 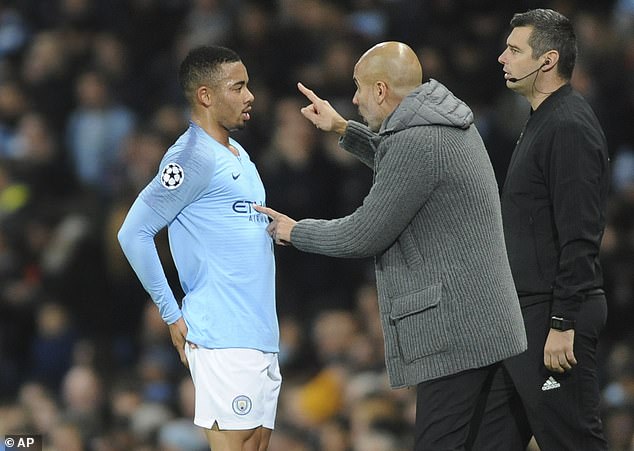 The youngster immediately understood the demands but appears to have gone so far the other way, in being so focused on linking up play and defending the space that he has lost that goalscoring touch. His confidence looks shot, obvious when clean through and shooting straight at the goalkeeper.

Jesus had been much improved against Fulham last week, albeit a team lacking shape and defensive intelligence, shipping an average of almost three goals a game. Jesus looked vibrant that evening, one particularly courageous run through the Fulham spine a highlight.

In the mood he glides through games. Trouble is, that mood is ever more sporadic, and there are obvious reasons why it will be Aguero, and not Jesus, out there against Manchester United. Yet this hat-trick will provide some impetus. 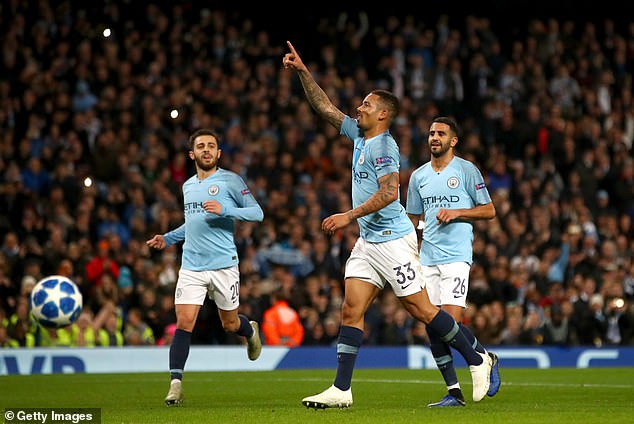