Gabrielle Union was spotted taking a stroll while working on the Harlem set of The Perfect Find on Wednesday.

The 48-year-old performer was seen flashing a peace sign as she stuck her tongue out with her costar Keith Powers before she stopped to chat with her castmate Remy Ma.

The upcoming Netflix feature is based on the 2016 book of the same name, which was written by Tia Williams, and is set to be released on the streaming service in the near future.

Walking at work: Gabrielle Union was seen taking a stroll on the Harlem set of the upcoming Netflix film The Perfect find on Wednesday afternoon

Union was costumed in a flowing white dress that featured puffy sleeves and several gray bars on her midsection while working on the project.

She also sported a pair of sneakers with numerous bright neon green stripes that added a little bit of pop to her ensemble.

The Bring It On actress wore an eye-catching necklace as well as a pair of silver earrings throughout the day’s shoot.

Her beautiful dark brown hair fell down to just below her jawline while she planned out her scenes. 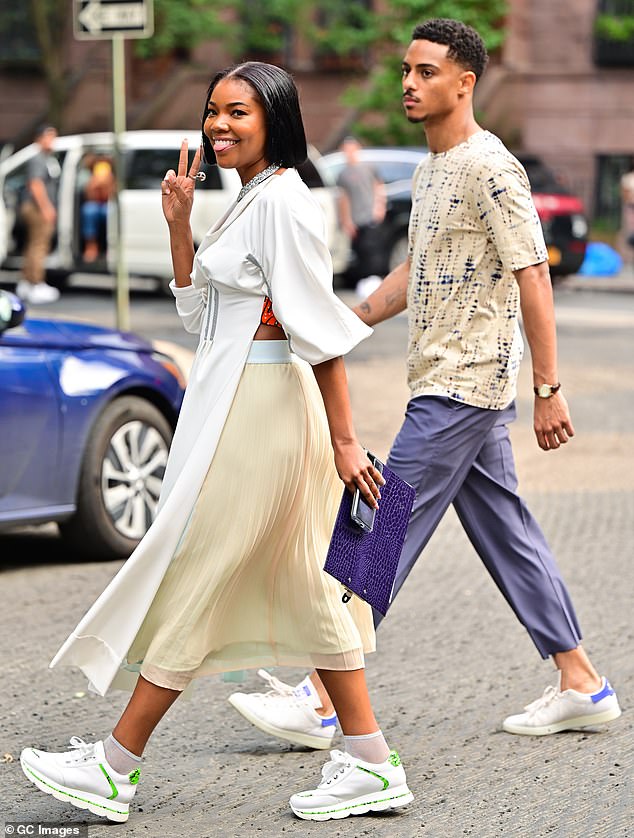 Stylish star: The actress was seen wearing a flowing white dress and a pair of lighter sneakers with bright green stripes

Powers sported a dual-tone t-shirt that was offset by a stylish pair of magenta pants.

The 28-year-old performer accessorized with a leather-strap watch and a set of Adidas Stan Smiths.

Remy Ma opted for a 50’s throwback look as she wore a low-cut black blouse that was tucked into a striking red long skirt.

The 41-year-old rapper was also seen wearing a pair of leather high-heeled shoes, a single two-piece earring and a bright red flower in her lovely dark brown hair. 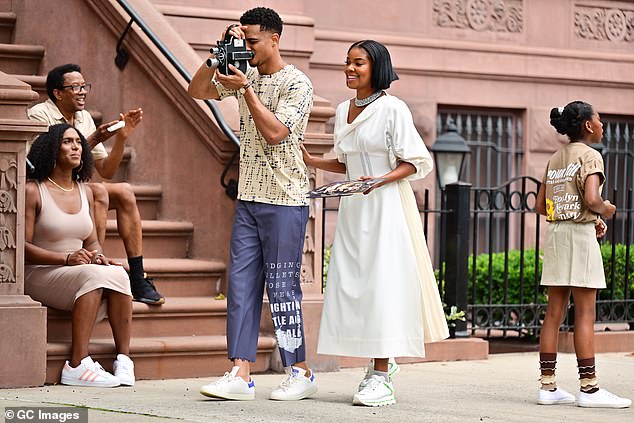 Sharing the scene: Union was later spotted with her costar Keith Powers, who was seen operating an old camera 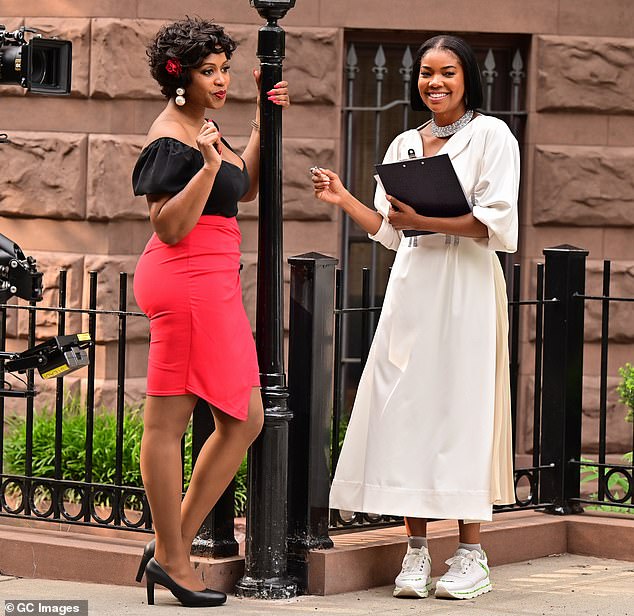 Catching up: The performer was later pictured spending time with her costar Remy Ma, who opted for a 50’s throwback look

Development on The Perfect Find was initially reported on in 2018 by Variety, who noted that the project was initially set to start filming the following year.

The feature will follow Jenna Jones, a fashion reporter who is given a second chance for success when she is offered a writing job by a former rival.

The journalist then finds herself in trouble after she becomes romantically involved with a much-younger coworker, played by Powers, who also happens to be her boss’ son.

In addition to starring in the feature, Union notably serves as one of its producers. 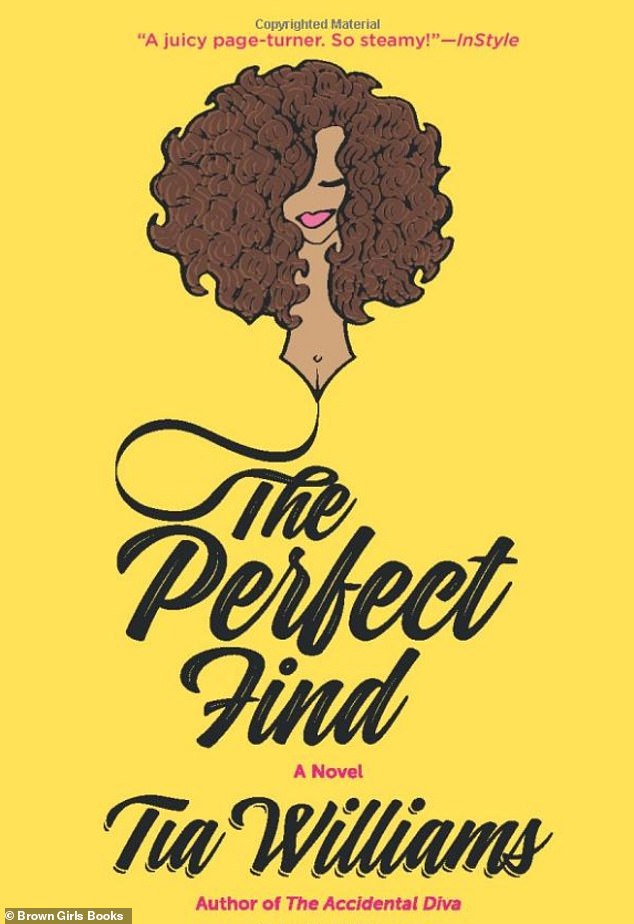 Source material: The Perfect Find is based on Tia Williams’ 2016 novel of the same name and has been in development since 2018

Also set to appear in the flick are performers such as Gina Torres, LaLa Anthony and Aisha Hinds, among several others.

Numa Perrier is directing the film, and she co-wrote its script alongside Leigh Davenport.

Although filming was supposed to begin two years ago, production was delayed until last month, when the cast was finally brought together in New York City to start working on their scenes.

The Perfect Find will be released on the Netflix Streaming service at an unspecified date in the future. 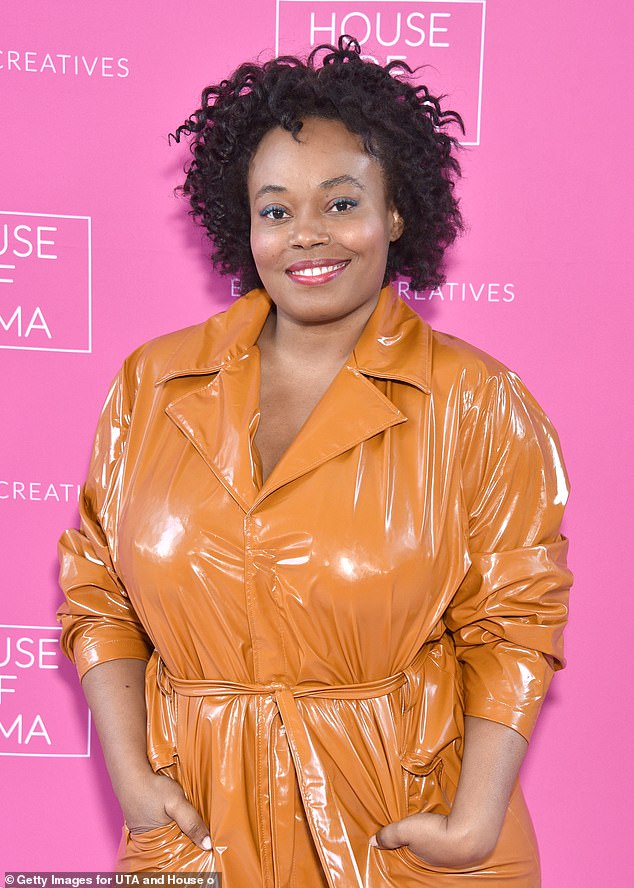 Solid crew: The Perfect Find is being directed by Numa Perrier, who co-wrote the feature’s script alongside Leigh Davenport; the former is pictured in 2020