Wonder Woman star Gal Gadot and her husband Jaron Varsano were spotted on their way to lunch at Il Pastaio in Beverly Hills on Wednesday.

The beauty wore designer sunglasses, pulled her brunette tresses back into a ponytail, and let her natural beauty shine by going makeup-free.

Casual couple: Wonder Woman star Gal Gadot, 37, and her husband Jaron Varsano, 47, were spotted on their way to lunch at Il Pastaio in Beverly Hills on Wednesday

Her 47-year-old husband also dressed comfortably in Nike shorts, sneakers, and a black shirt with a semi-truck and bald eagle on the front inscribed, ‘American PRIDE.’

Gadot’s appearance comes after she gushed about her upcoming role as the Evil Queen in the live-action Snow White film that Disney has in the works.

The Death On The Nile actress spoke about the highly anticipated feature during the D23 Expo three weeks ago and mentioned that she isn’t used to portraying a villain on screen.

While at Disney’s D23 exposition, Gal described the role as ‘very different than what I had done before’ and said that she is ‘used to playing the other end of where the heart should be,’ via Deadline. 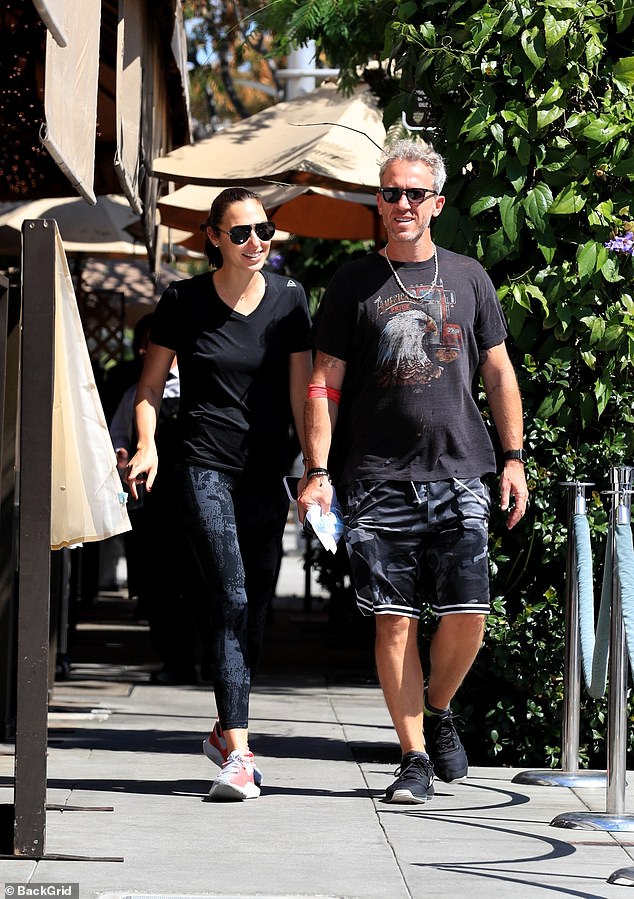 Despite typically playing a heroine, Gadot said it was ‘delightful’ to have the opportunity to portray the ‘iconic villain.’

‘Getting under her skin was so delightful,’ she said, adding that the Evil Queen is far from her real-life persona.

Filming began this past March and continued for several months before the project’s crew wrapped in July. The forthcoming live-action adaptation of Snow White is currently set to make its debut in 2024. 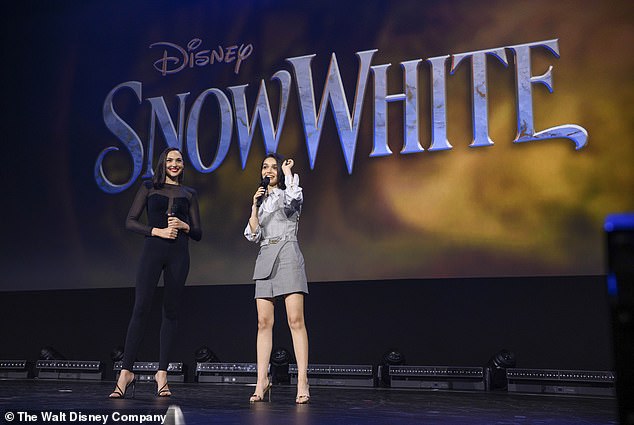 Quite the expo: Gadot recently discussed her upcoming role as the Evil Queen in the live-action Snow White film, saying that she isn’t used to portraying a villain on screen; seen with Rachel Zegler at D23 earlier this month

Since wrapping two new films over the last six months, the model has had more free time to spend with her kids and husband.

The couple celebrated their 14th wedding anniversary earlier this week.

According to Vogue, the family spends time at their home in the Hollywood Hills when Gadot shoots a film in and around Los Angeles; but, they have primarily lived in her native Israel over the years.

Earlier this week, the Hollywood leading lady played the real-life role of wife and mother-of-three as she drove her kids around, taking care of errands, which included a grocery run at a market in Los Angeles on Wednesday.

The in-demand star finished shooting the musical fantasy film Snow White in April and the action-thriller film Heart Of Stone about two months ago.

Gadot is working on several other films, including a Cleopatra film and an untitled Hedy Lamarr project. 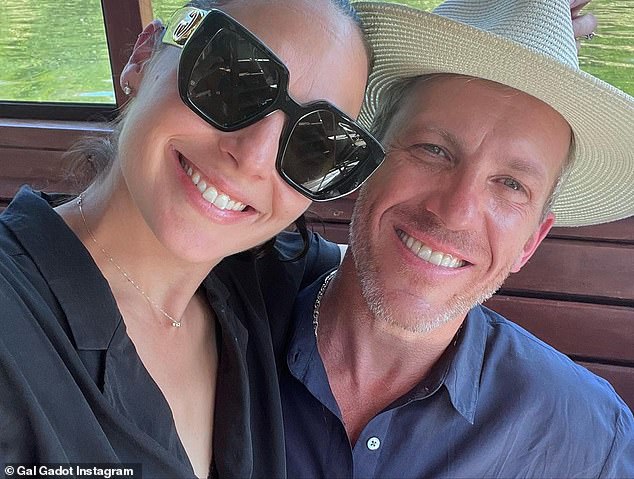