She plays one of the most iconic female superheroes in history, showing off her incredible physique in the Amazon Warriors outfit.

And Justice League star Gal Gadot proved she looks just as incredible out of her Wonder Woman costume as does in it as she visited Beijing’s Temple of Heaven on Friday with Ben Affleck and Henry Cavill.

The 32-year-old actress showed off her cleavage in a deep v-neck jumpsuit as she joined her co-stars in visiting the iconic Chinese monument.

Super team: Justice League star Gal Gadot showed off her cleavage in a deep v-neck jumpsuit as she joined her co-stars to visit The Temple of Heaven in Beijing on Friday

Gal sizzled in the plunging one-piece that highlighted her sensational figure as she explored the site with the rest of the Justice League team, including hunky Henry who plays the iconic Superman.

Henry showed off every inch of his superhero physique in a tight fitting shirt, though he also sported a more rugged beard for his appearance.

The crime-fighting super-team posed together for a selfie outside the iconic venue, after coming together to promote the film at the Beijing premiere on Thursday night. 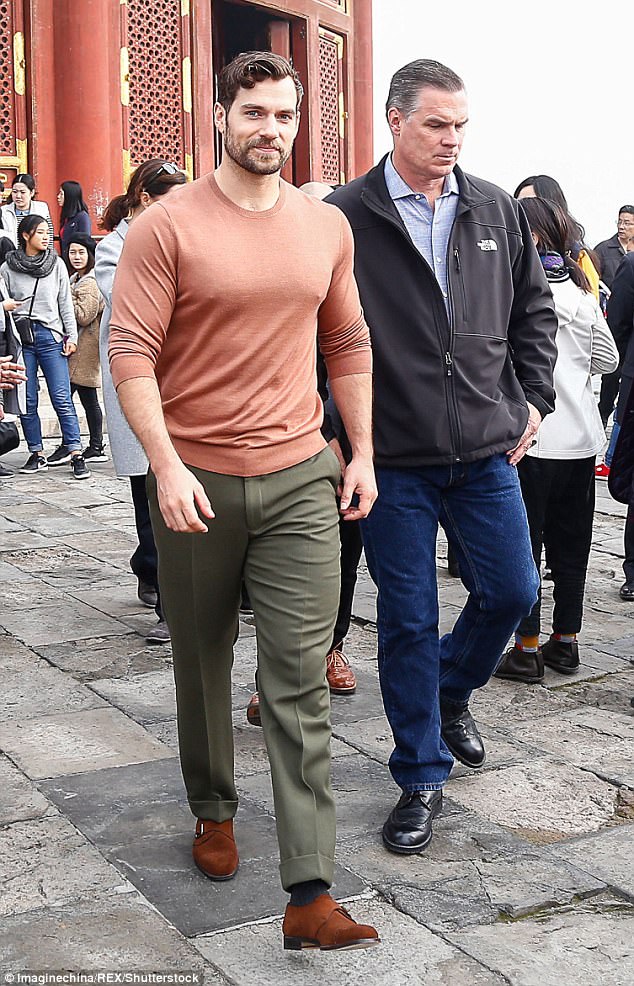 Super hunk: Henry Cavill, who plays Superman, showed off his hunky physique in a tight-fitting shirt that he teamed with tapered khaki trousers and brown brogues 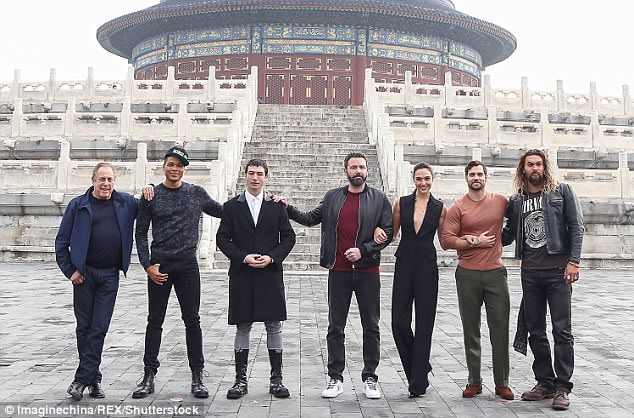 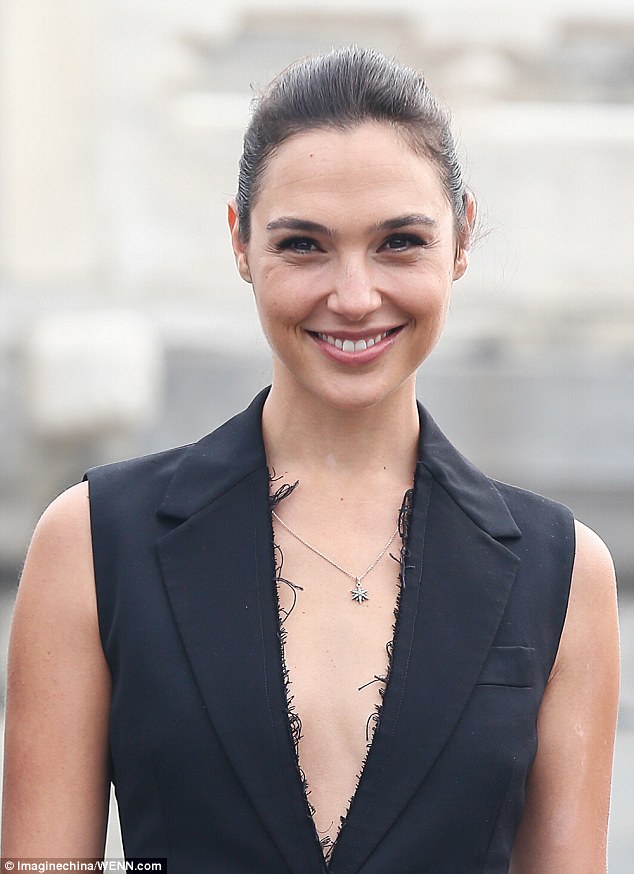 Wonder-ful: Gal showed off her incredible figure in the structured jumpsuit that featured a sizzling plunging neckline cut to the navel 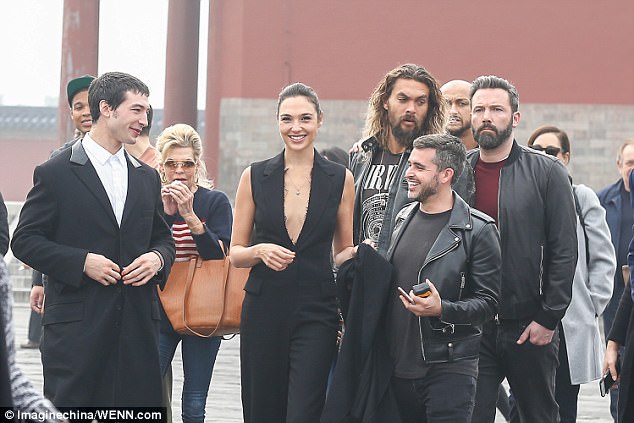 Squad goals: The team were together in Beijing to promote the upcoming Justice League film, which will hit cinemas November 17 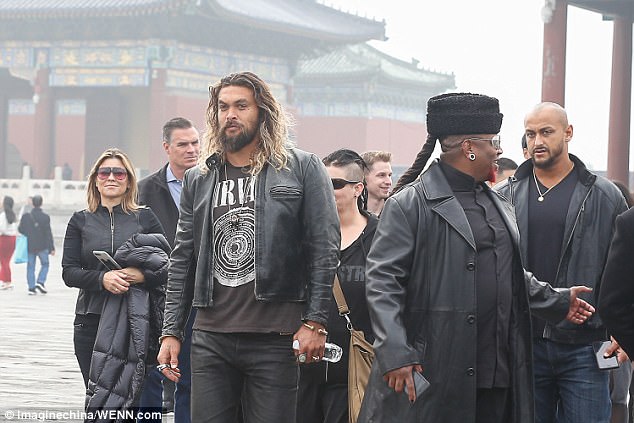 On tour: Jason Mamoa was still rocking hi Aquaman look, after wrapping up filming for the standalone earlier this week 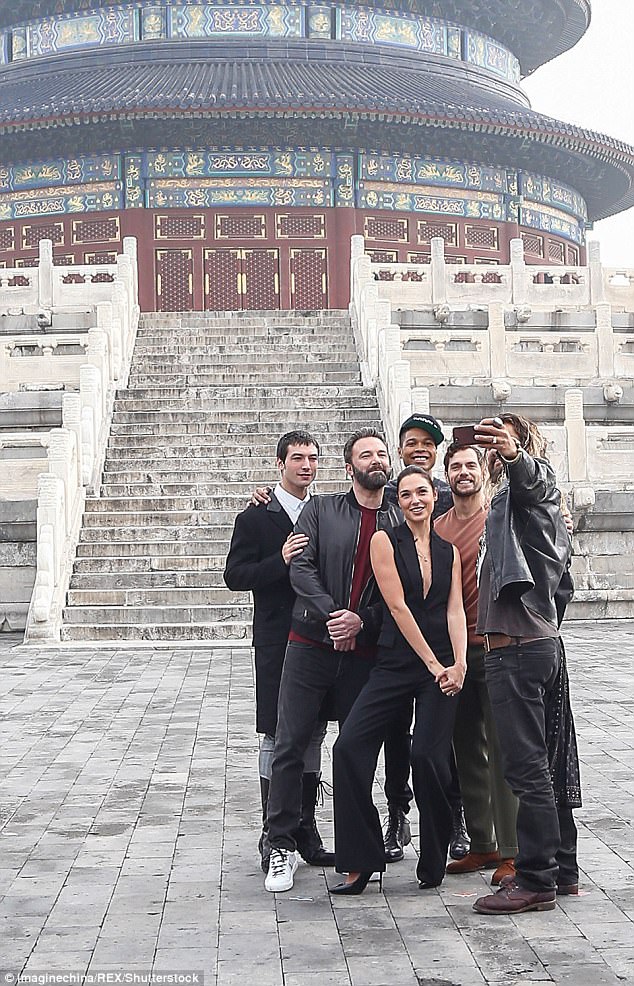 Squad selfie: The team posed for a snap outside the iconic monument 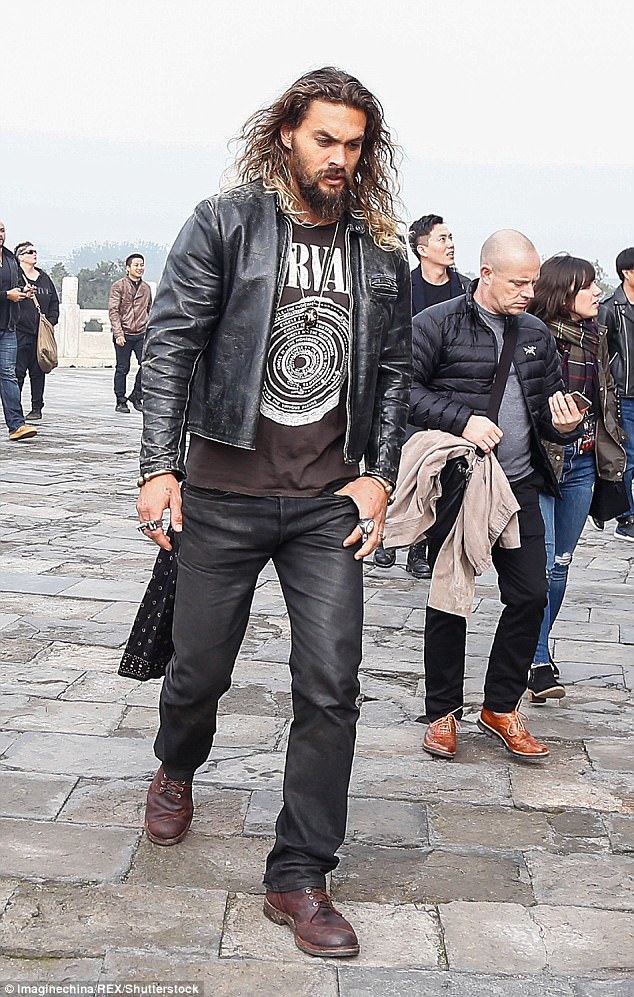 Biker man: Jason rocked a leather jacket and Nirvana t-shirt as he visited the site 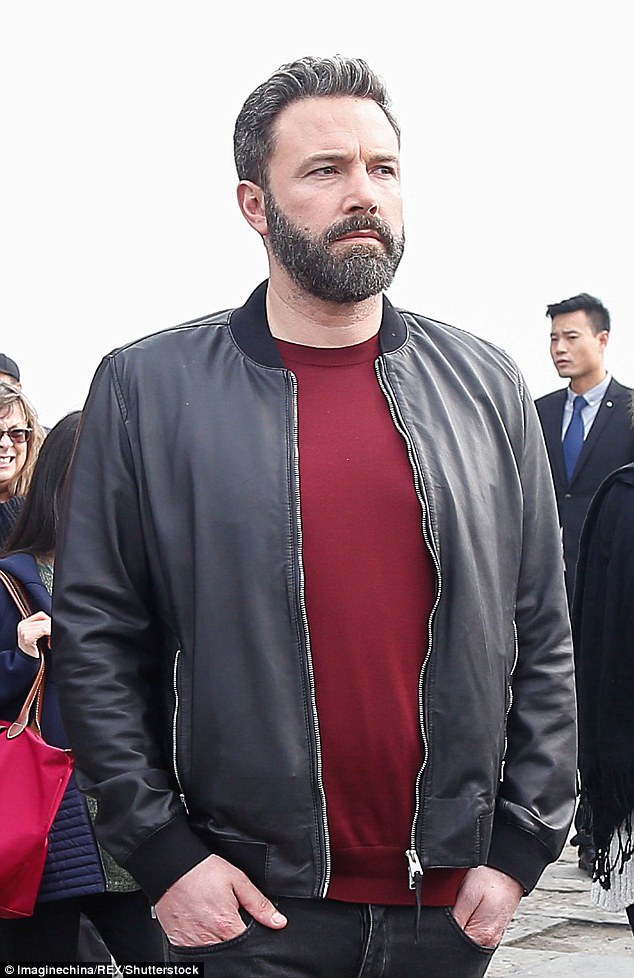 Leading man: Ben Affleck went for a more casual ensemble in a leather bomber jacket and jeans for the appearance in the Chinese capital

The superhero team were certainly working hard to promote the film in China, which has recently stepped up to become a substantial box office market for Hollywood films.

They reunited later in the day for a fan event where they took questions about the upcoming film, making a quick wardrobe change for the appearance.

The team took questions from fans about the film, which will see all six heroes appear on screen together for the first time in history. 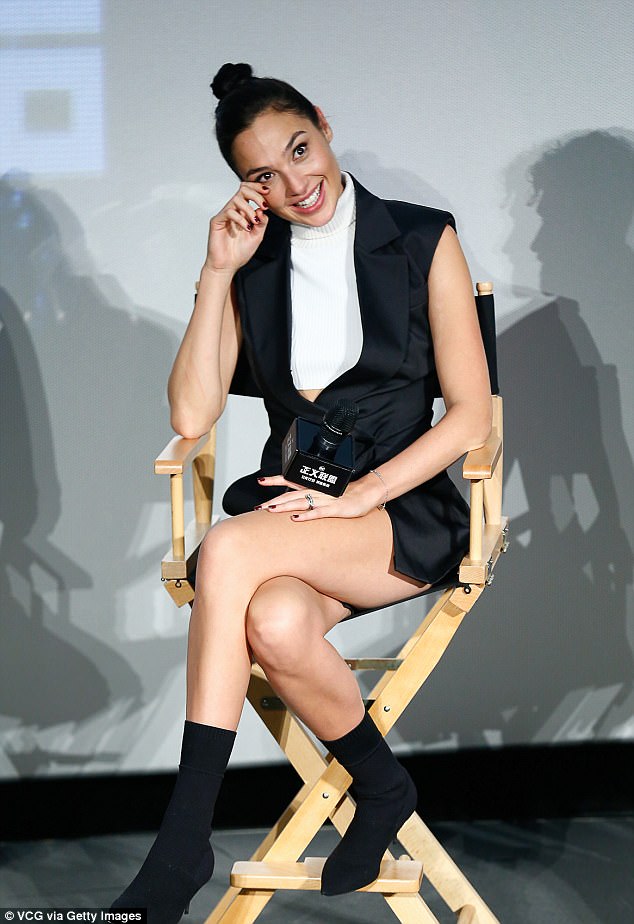 Quick change: Gal made a quick wardrobe change as she answered fan questions at an event later in the day, putting on a leggy display in tiny black shorts 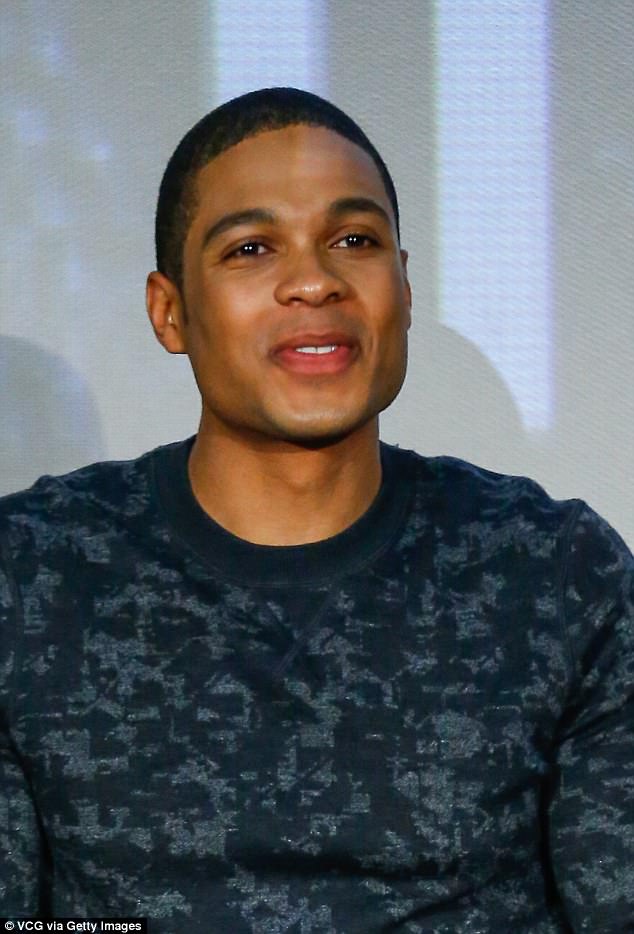 Tech man: Ray Fisher, who plays Cyborg, was also in attendance and looked dapper in a printed navy jumper 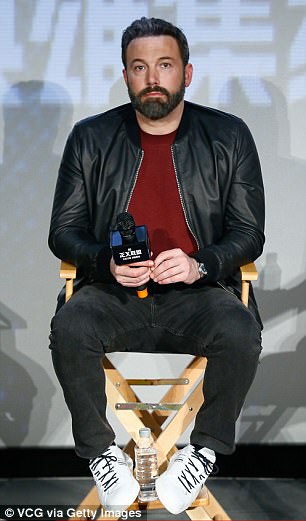 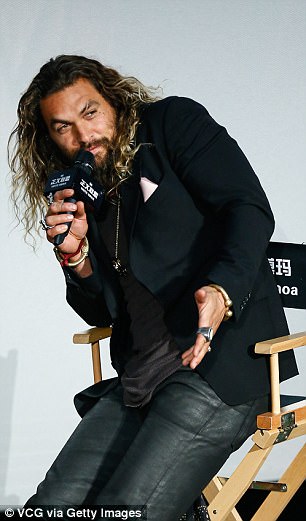 Fan show: Ben and Jason also answered questions from fans about the upcoming film, which sees the Justice League come together after Superman’s death 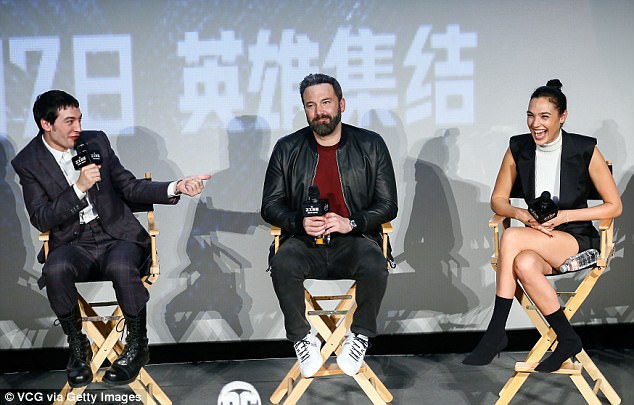 All together: The cast are in China to promote the film, ahead of a premiere in London on November 15

Justice League had its Beijing premiere on Thursday, with all six of the cast members in attendance for the event.

The sexy sextet scrubbed up nicely for the screening and press conference, with each of the guys wearing a suit.

A league of their own! Ben and Gal scrubbed up for the Beijing premiere of Justice League on Thursday night 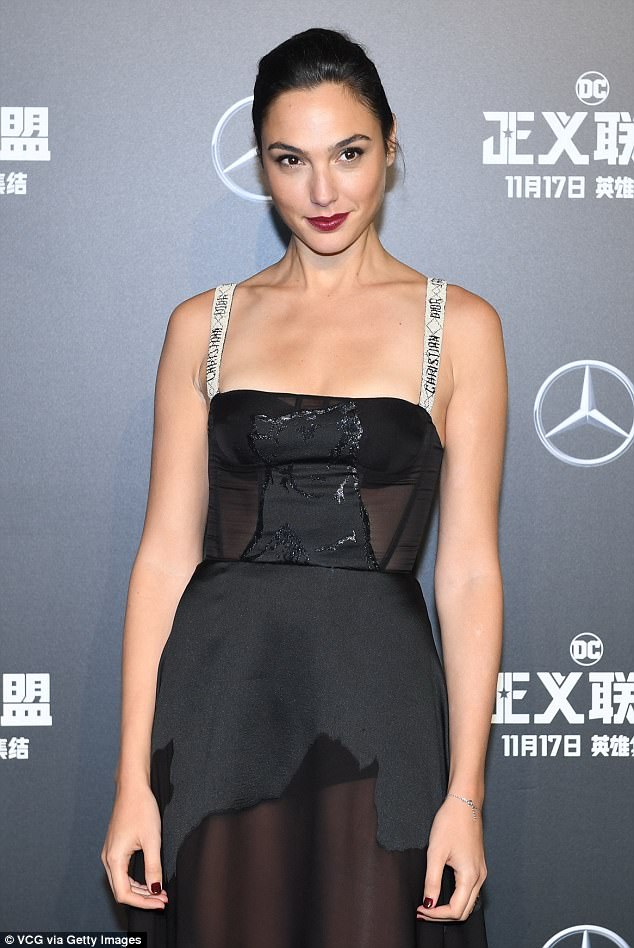 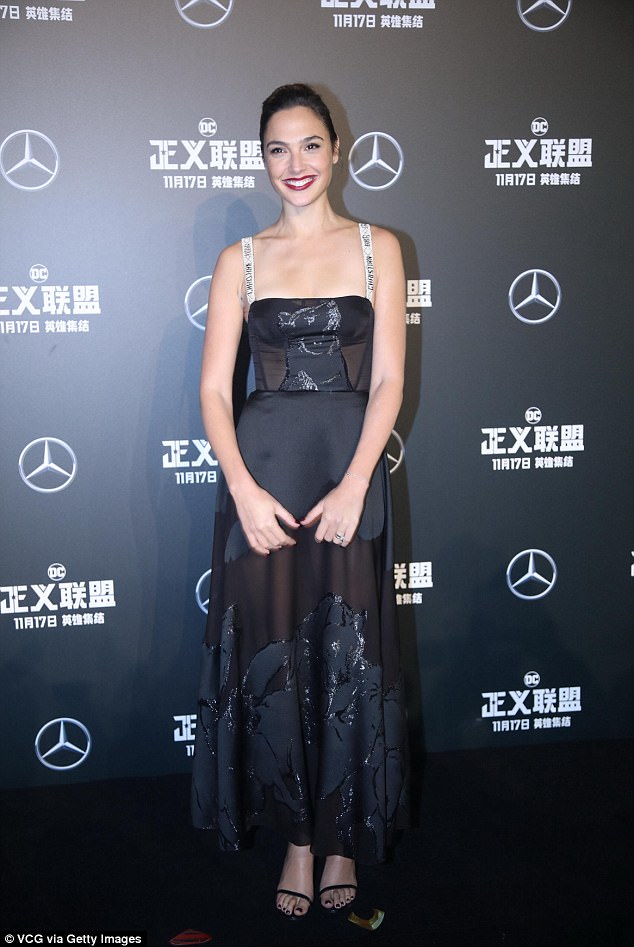 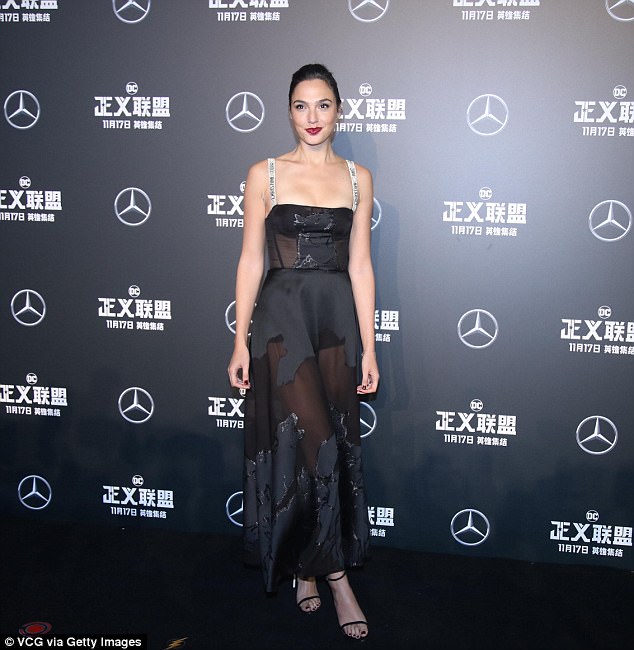 Fingers crossed: The star will hope to repeat the success of her standalone move, which more than quintupled its $149million budget 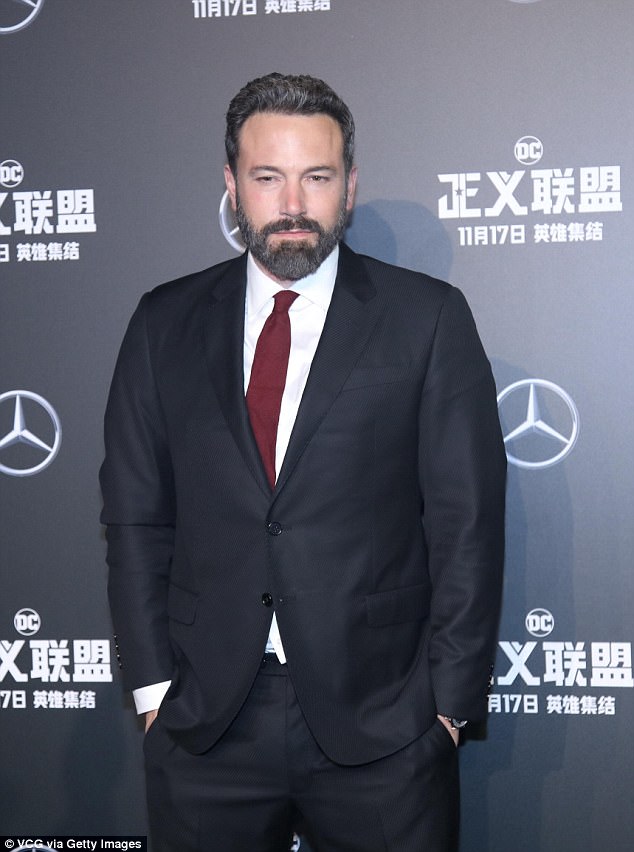 Mix and match: Ben donned a sharp suit for the screening, although kept a touch of comfort in white trainers

Founder: Affleck plays Batman, the character responsible for bringing the Justice League together 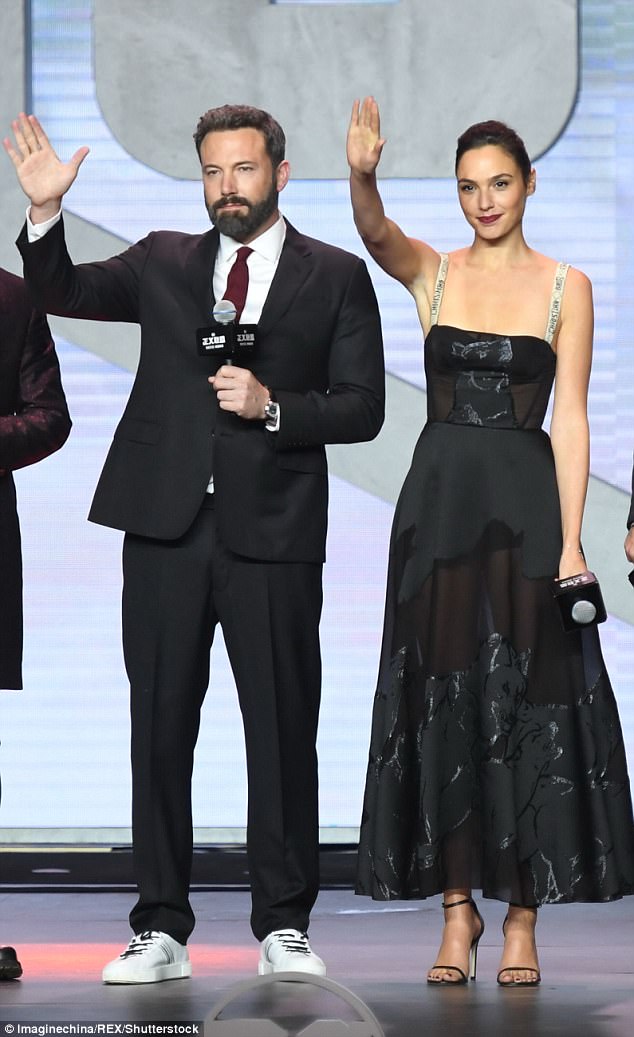 Reunited: The duo first appeared together in Batman V Superman: Dawn of justice

The others all added their own touches, with Aquaman Momoa opening his collar and forgoing the tie, while Batman Affleck opted for a pair of white sneakers over shoes.

Flash Miller wore a snazzy red sick waistcoat complete with pocket watch and chain, while Cyborg Fisher decided on a short coat instead of a suit jacket.

After fielding questions from the gathered journalists, the stars then posed with some original artwork from the film, depicting them as their super alter egos. 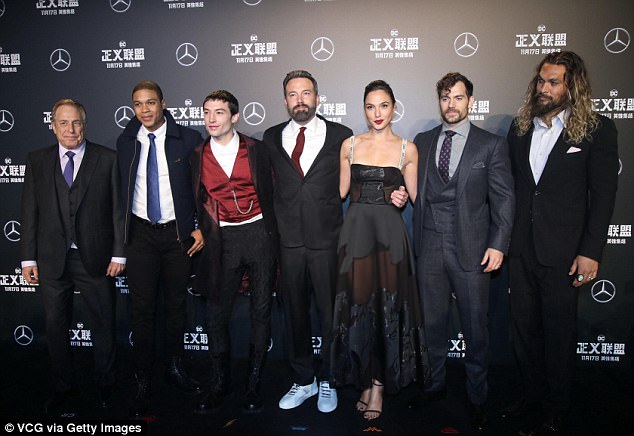 United: All six members of the JLA arrived in force for the Beijing premiere, as did producer Charles Roven (L) 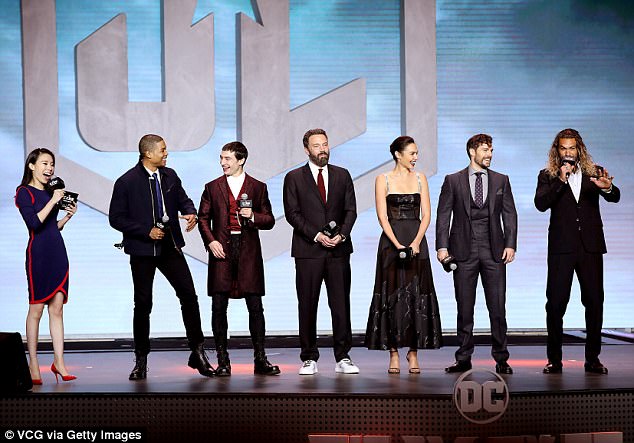 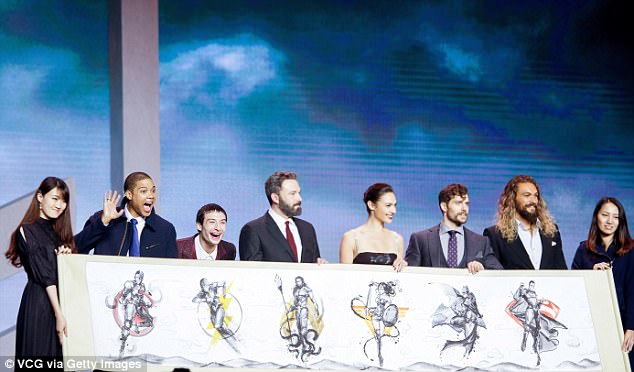 Picture this: After fielding questions from the gathered journalists, the stars then posed with some original artwork from the film, depicting them as their super alter egos 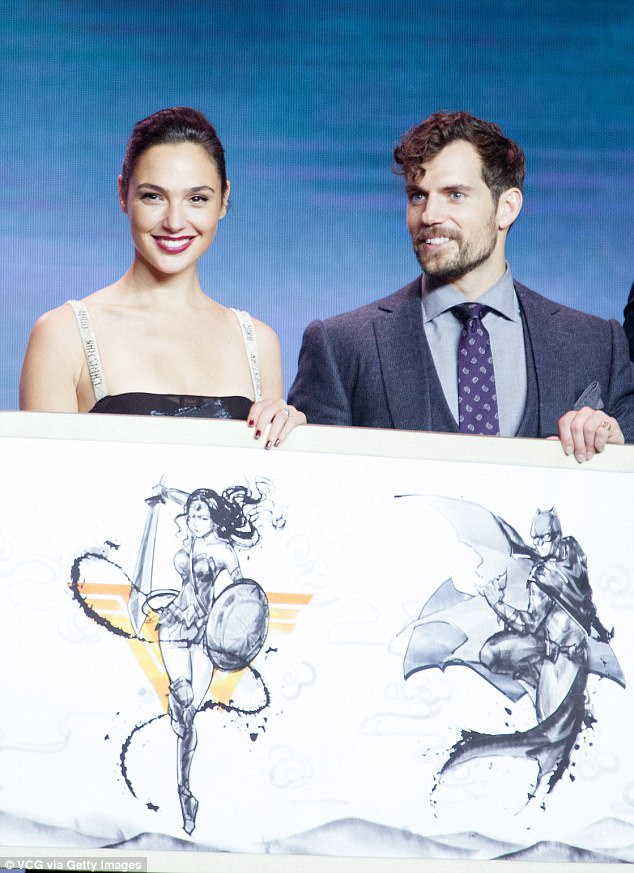 Dead? Superman finished the last film buried, but will very likely come back 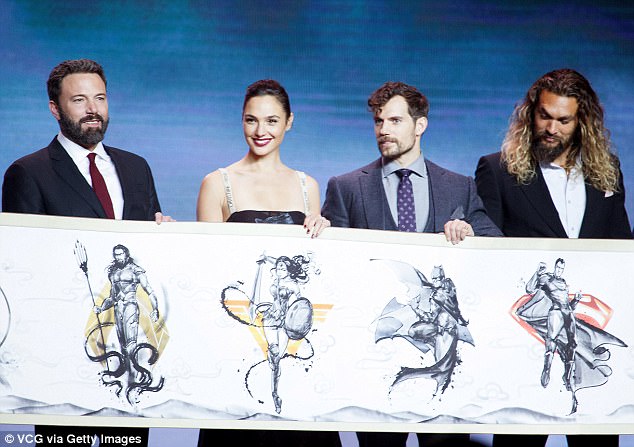 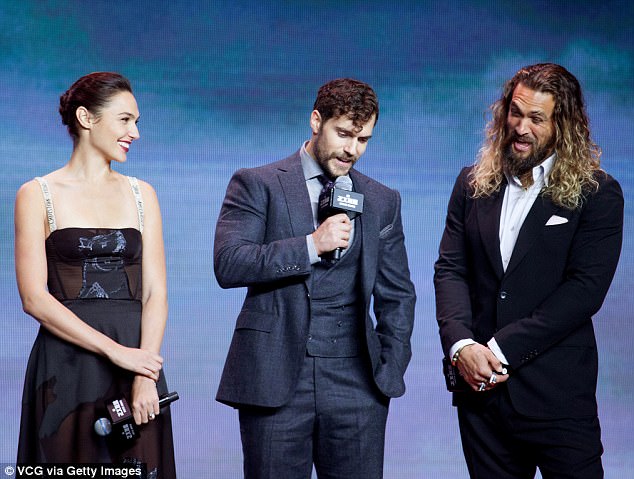 My man: The Game Of Thrones star plays Aquaman AKA Arthur Curry

Afterwards the gang signed autographs and memorabilia for the fans who had amassed outside. 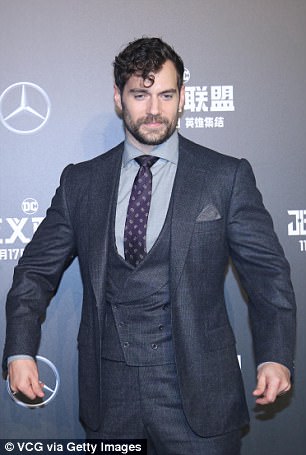 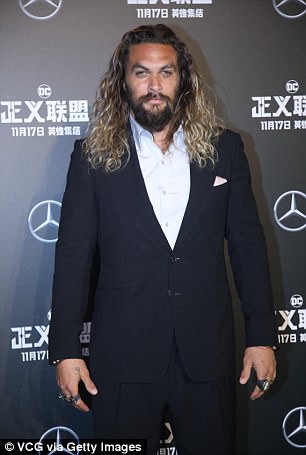 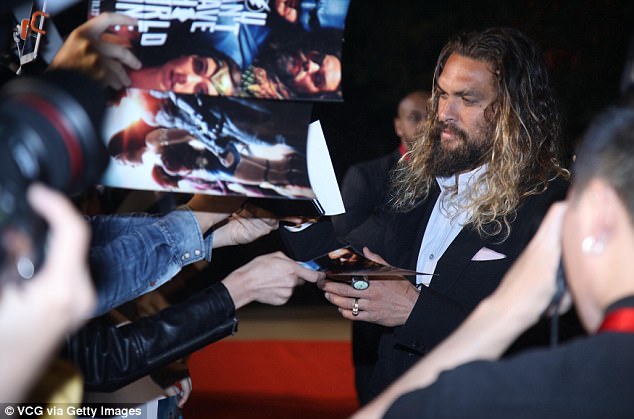 Sign here: Afterwards the gang signed autographs and memorabilia for the fans who had amassed outside