By Louise Saunders for MailOnline

She’s certainly no stranger to commanding attention in leading roles on the big screen.

And Gal Gadot turned heads once again as she joined an A-list crowd at the Tiffany & Co Lock event at the iconic Sunset Tower Hotel in West Hollywood on Wednesday night.

The Wonder Woman star, 37, looked incredible in a slinky scarlet backless gown as she mingled with the likes of Kim Kardashian, 42, Hailey Bieber, 25, and Zoe Kravitz, 33, inside the high-end jewellery brand’s bash.

The actress wore her brunette locks swept up into an elegant chignon and she accessorised her striking look with gold jewellery.

The Death On The Nile star with black strappy heels as she chatted to her fellow guests at the event.

The former Miss Israel wrapped filming her upcoming role as the Evil Queen in Disney’s live-action Snow White film in July, with the movie set for release in 2024. 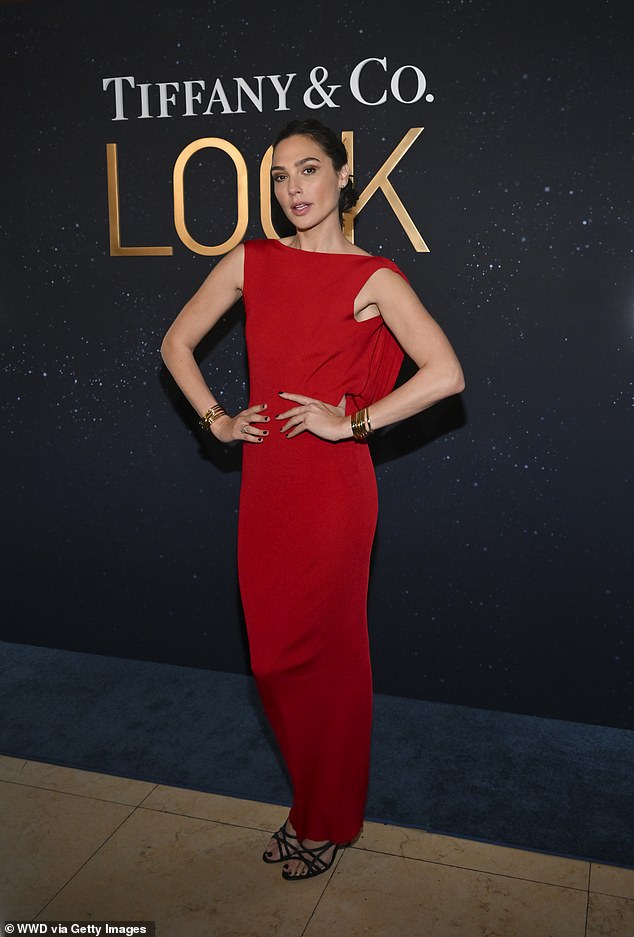 Lady in red: The Wonder Woman star, 37, looked incredible in a slinky scarlet backless gown as she posed inside the high-end jewellery brand’s bash 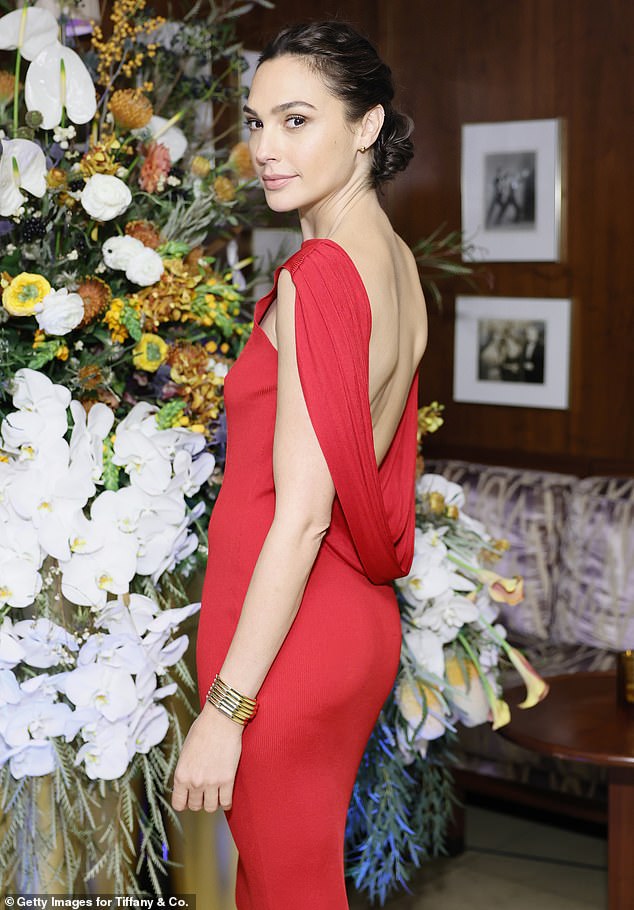 Elegant: The actress wore her brunette locks swept up into an elegant chignon and she accessorised her striking look with gold jewellery

On the film front, the screen star’s upcoming projects also include a remake of the Alfred Hitchcock romance thriller To Catch A Thief.

Based on a mystery novel by David Dodge, the 1955 Hitchcock movie starred Cary Grant and Grace Kelly in the principal roles.

The new version of To Catch A Thief is not Gal’s only current venture into territory previously covered by Old Hollywood.

The actress is also starring in and producing an upcoming movie about Cleopatra, which has garnered criticism on account of her being white. 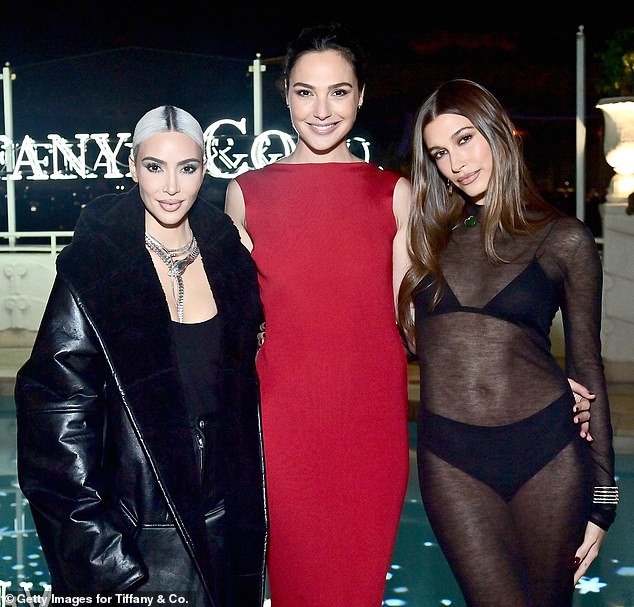 Star-studded occasion: The Death On The Nile star mingled with the likes of Kim Kardashian, 42, (L) and Hailey Bieber, 25, (R) inside the event 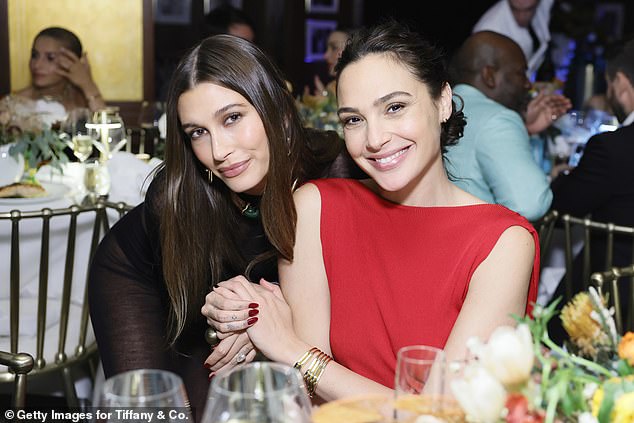 A-listers unite: Hailey turned heads in a completely sheer black maxi-dress as she posed alongside Gal at her table

Though she was ethnically of Greek origin, Cleopatra has attracted ‘whitewashing’ claims over the white actresses who have played her.

Gal addressed the controversy in an interview with BBC Arabic, saying: ‘First of all if you want to be true to the facts then Cleopatra was Macedonian.

‘We were looking for a Macedonian actress that could fit Cleopatra. She wasn’t there, and I was very passionate about Cleopatra.

‘People are people, and with me I want to celebrate the legacy of Cleopatra and honour this amazing historic icon that I admire so much.’

Gal threw down the gauntlet for other filmmakers to come up with competing versions of the story: ‘You know, anybody can make this movie and anybody can go ahead and do it. I’m very passionate that I’m going to do my own too.’ 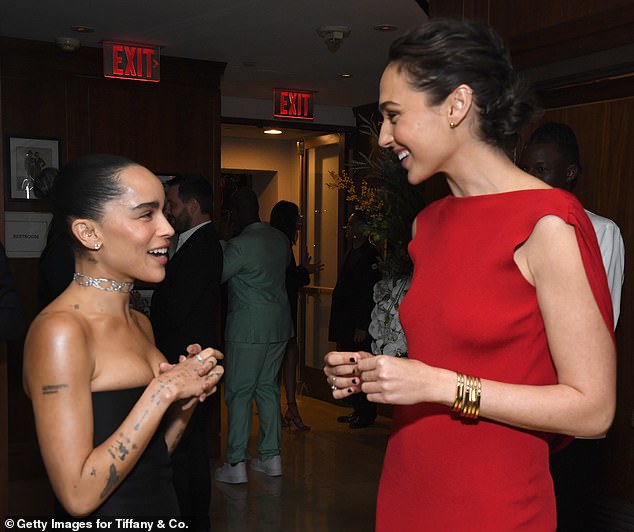 Great to see you: The former Miss Israel caught up with actress Zoe Kravitz, 33