But on Friday, she appeared to be on top of the world as she stepped out in style for the premiere of the Cruel Intentions musical in Melbourne.

The 49-year-old was joined by her husband Dr Rick Wolfe, who she cuddled up to against the media wall.

Gamble looked glamorous in a blue cocktail frock with a unique floral print and a ruffled shoulder.

She held hands with her ophthalmologist husband, with the pair looking more loved-up than ever. 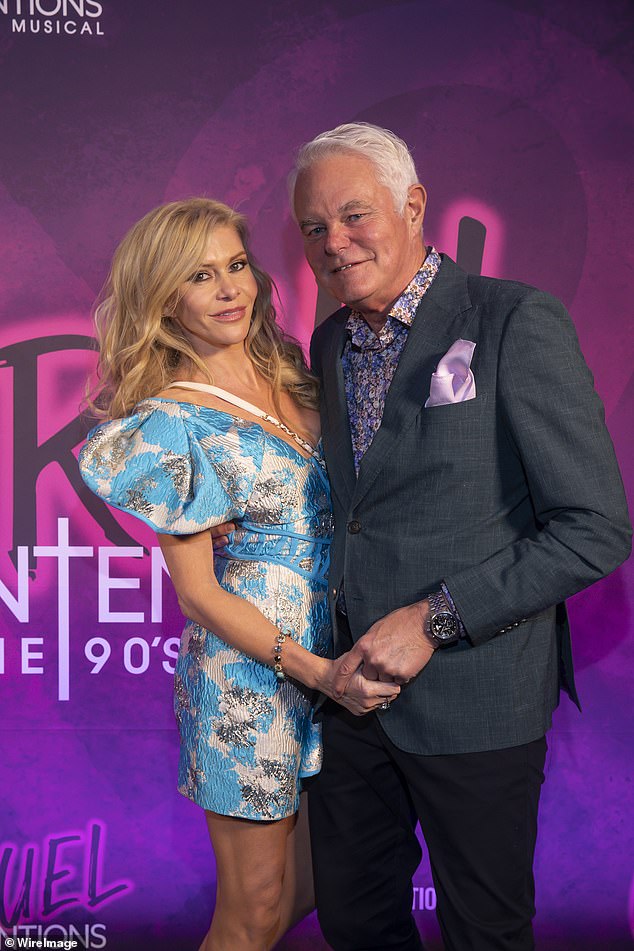 Blue beauty! Gamble looked glamorous in a blue cocktail frock with a unique floral print and a ruffled shoulder

‘The song is about constructing the perfect online profile when in reality your ex is sending you abusive messages and you’re living wage to wage,’ she said.

‘I spoke to a lot of people about their experiences with the online dating process, so the song is about looking for love, finding the best in yourself and building a better life,’ Gamble added.

The socialite teamed up with Jonny Sonic of famed EDM group The Potbelleez for the song, which was released digitally on May 27. 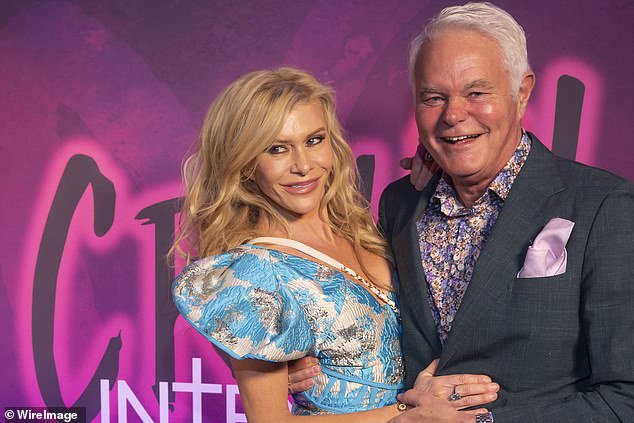 Romantic: She held hands with her ophthalmologist husband, with the pair looking more loved-up than ever

‘I feel like we have created our own genre of music, which I like to refer to as the ultimate hip-Aus, gangster-pop, electric, housewives, dance song,’ Gamble said.

‘I’m so thankful to be working with such an icon like Jonny.’

Gamble released the five-track EP Barrenjoey Road back in November.

The album’s emotional title track, which was penned by Gamble herself, was inspired by memories of her late grandmother’s house. 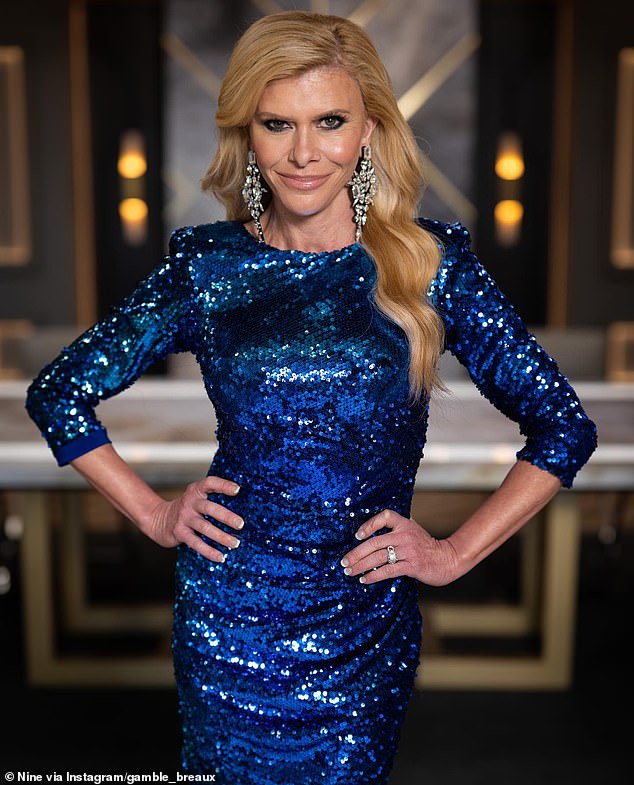 Exit: The Real Housewives of Melbourne star just got eliminated on The Celebrity Apprentice