Gambling addict who stole £140,000 from her son’s cancer treatment fund before he died will be able to continue working as a nurse, tribunal rules

A mother who gambled away £140,000 from her cancer stricken son’s treatment fund has been allowed to keep her job as a nurse.

After a crown court judge showed Worsley mercy by not jailing her a Nursing and Midwifery Council (NMC) tribunal also took pity on her by giving her a 12 month suspension instead of striking her from the register.

Leeds United Football Club took Toby to their hearts and the Championship team’s owner, players, staff and supporters eventually raised £200,000 to pay for Toby’s medical costs in his battle with neuroblastoma. 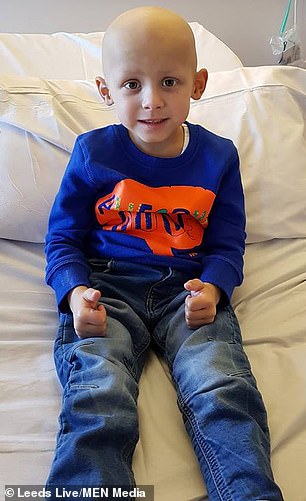 Tragically, Toby died in January, last year, after his two year fight. Just 11 weeks later, Worsley was sentenced to two years imprisonment suspended for two years at Leeds Crown Court after she pleaded guilty to fraud by abuse of position between January, 2017 and March, last year.

Worsley, who has two other children aged eight and three, was the sole trustee of the just giving page and in November, 2017, gambled away £20,000 in just 12 days.

Worsley, who had a number of online gambling accounts, would placed bets as she sat at Toby’s bedside at Leeds General Infirmary in a hope to boost his treatment fund, but her losses mounted up.

Toby was diagnosed with rare cancer neuroblastoma on his fourth birthday in January 2017.

The youngster’s family launched an appeal to raise £200,000 to pay for therapy which was not available on the NHS.

The fundraising target was achieved with huge support from Leeds United. Early testing after treatment showed his bone marrow was clear of cancer. Tragically he was then diagnosed with a brain tumour and died on January 12, 2019.

Worsley game evidence under oath at the NMC fitness to practise hearing, where she ‘apologised to the panel repeatedly’ her for crime.

The panel stated: ‘You told the panel that this was an extremely difficult time in your life. As a registered nurse, you felt the family were relying on you to support them. You said that you were very remorseful. 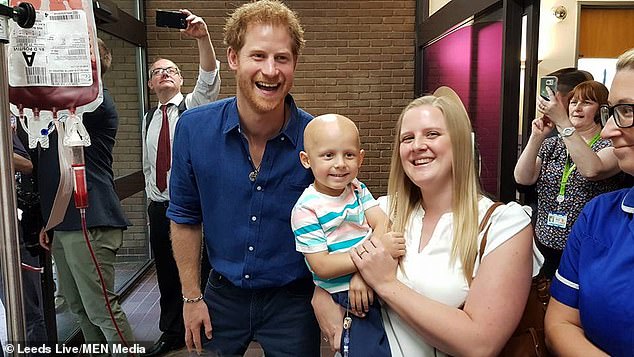 The Duke of Sussex is pictured meeting Toby and his mother who was later ordered to pay back £54,000

‘The panel heard that you enjoy your new role as a Senior Health Care Assistant within the same organisation and that you have been open and honest about your conviction with your employer and colleagues.

‘You told the panel that you take full responsibility for your actions. You stated that the offence took place at a time of despair and that behaviour of this kind would never happen again.’

She is currently training as an Emergency Nurse Practitioner. Ms Laura Bayley, representing Worsley, requested that the panel impose a 12 month suspension order with a review. She submitted that this was an extraordinary and tragic set of circumstances.

The panel agreed that there were ‘exceptional and tragic circumstances’ and Worsley had ‘displayed genuine and deep remorse’. The panel considered that the facts in this case were unique and tragic when she was ‘driven to despair’.

The decision read: ‘Balancing all of these factors the panel has concluded that a suspension order would be the appropriate and proportionate sanction taking account of all the circumstances in this case.

‘The panel determined that a suspension order for a period of 12 months was fair, appropriate and proportionate in this case to mark the seriousness of your actions, and provide you with the opportunity to further reflect on your conduct and its impact on others.

‘It also considered that this maximum suspension term with review is in accordance with the principle that a registered nurse should not practise during the term of a suspended sentence. It also concluded that there is a public interest in allowing a clearly competent nurse to return to practise at the appropriate time. ‘