A large crowd of fence-jumpers have been filmed dodging two flailing security guards as they broke into a sold-out music festival.

In the video, which was uploaded to TikTok on Sunday, the outnumbered guards are seen trying to grab the trespassers as they sprint past with one resorting to tripping up a woman.

The footage shows the wire fence surrounding the festival suddenly opening as a stream of people sprint through the gap.

One of the security guards throws his leg out to trip up one of the women but fails to make contact as she darts past him. 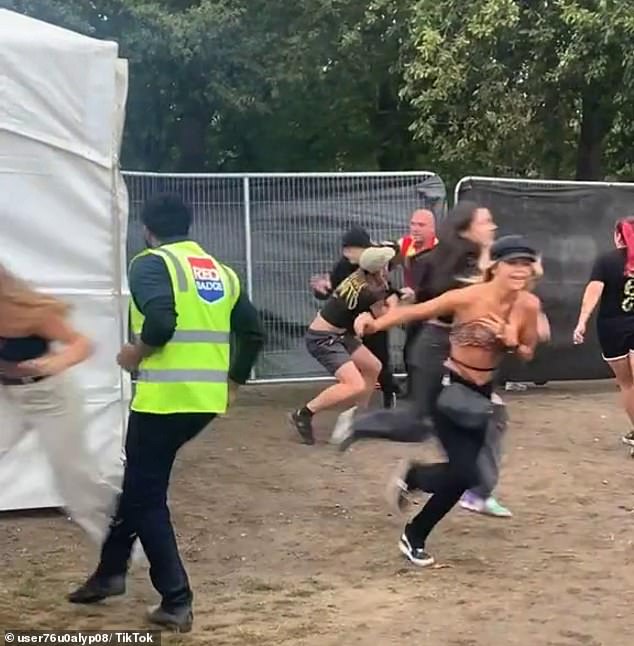 Seven people successfully zig-zag past the guards and scatter in different directions.

The other security guard was able to grab and hold on to two of the festival crashers.

One of the intruders tries to wrench free and his hat falls on the ground as he writhes around in the guard’s grip.

‘That guard is shocking,’ one viewer commented. 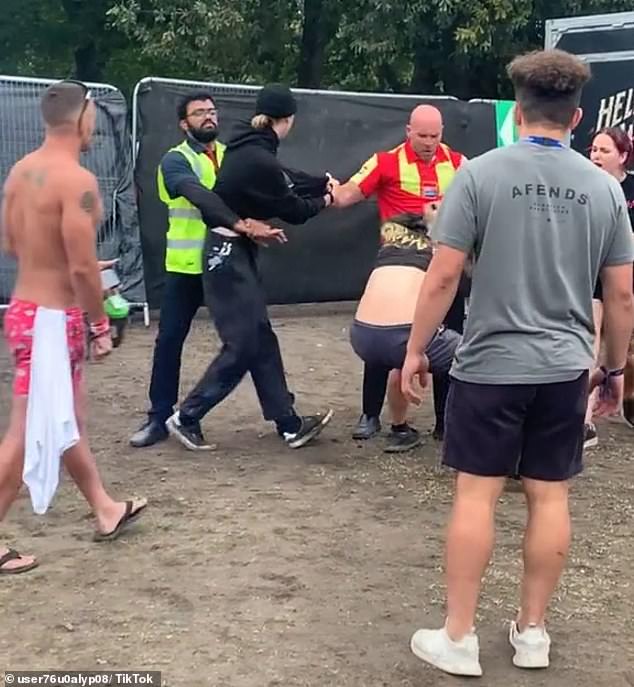 ‘Safe to say security does not have control of this situation, it’s out of hand,’ another said.

The festival is understood to have been the final show of the ‘Six 60 Saturday’ festival which played on Saturday in Hamilton, on New Zealand’s North Island.

Headline act Six 60 played to a crowd of 25,000 at the Claudelands Oval, just as it was announced Auckland would be entering into a new level-three lockdown the following morning.

The lockdown was in response to two new community cases, including one who had visited a gym and several other locations instead of self-isolating. 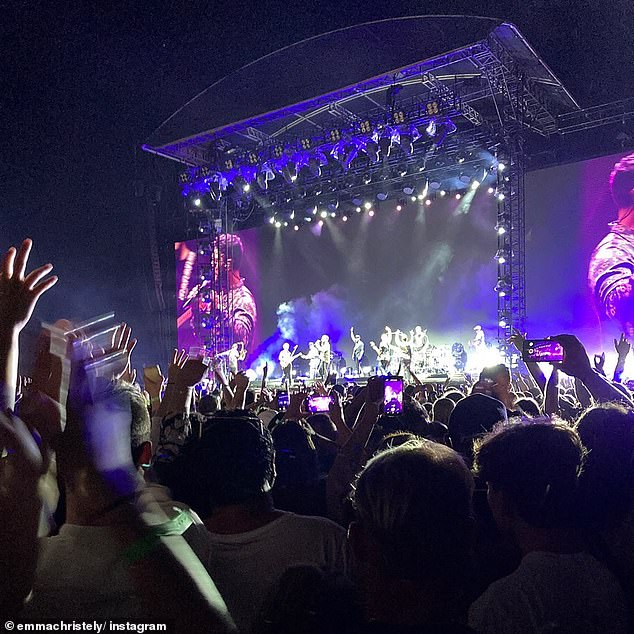 Headline act Six 60 played to a crowd of 25,000 at the Claudelands Oval, just as it was announced Auckland would be entering into a new level three lockdown the following day

The festival did have QR codes for patrons to check-in at the venue, but check-in was not enforced, Stuff reported.

An unknown number of people attended the festival,  prompting health experts to call on the government to make contact tracing mandatory in high-risk situations.

Tour publicist Heidi Ettema said she was confident that all Covid-19 practices had been followed and said there were multiple opportunities for patrons to check-in.

‘Making sure everyone keeps their distance is hard in this situation, but having mandatory contact tracing before people head through the door is pretty straight forward,’ he said.

‘New Zealand is renowned for one of the best responses to Covid-19. We have done extremely well in many ways, but there’s always room to improve.’