Gang of thieves including children steal from Toys R Us

A group of thieves which included children acting as lookouts have been filmed stealing $1,400 of goods from a California Toys R Us in a seamlessly orchestrated heist.

Surveillance footage taken inside the store in Santa Cruz was released by sheriffs on Friday.

It showed one man sneaking behind an unattended cash register to access merchandise display cabinets as others stood watch nearby.

The man was dressed all in black and was filmed quickly stuffing items into a backpack as other customers milled around without noticing the ongoing theft.

Several seconds into the video, however, small groups of accomplices emerged from the aisles.

Police believe this thief, shown above sneaking behind an unattended cash register at the Toys R Us in Santa Cruz, California, had help from children standing nearby who acted as lookouts for him. It is not thought that the children shown above were involved but that others who cannot be seen alerted him whenever a staff member or shopper walked past 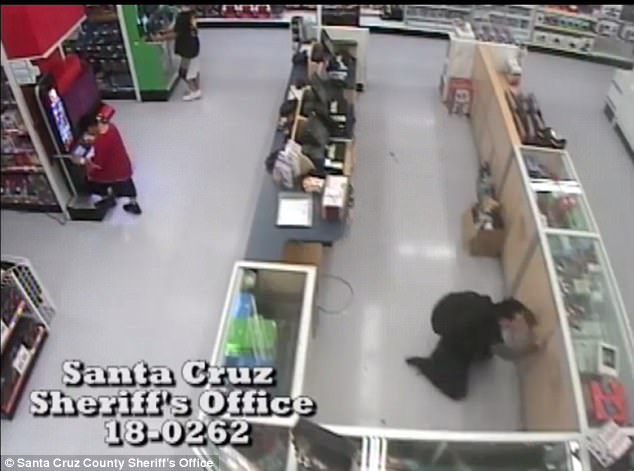 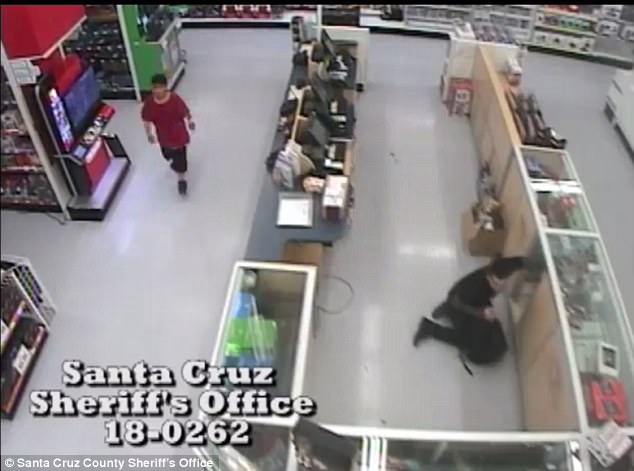 They caught packages thrown from the man on the ground and made off again without anyone noticing.

One woman, who was dressed in a pink sweatsuit, picked one off the ground after the thief slid it along to her.

At one stage in the video, the thief suddenly abandons the heist as others approach.

Police believe he was alerted to them by children who could not be seen on the video but who were acting as lookouts.

‘A recent theft at Toys ‘R Us turned out to be a highly orchestrated crew in action. 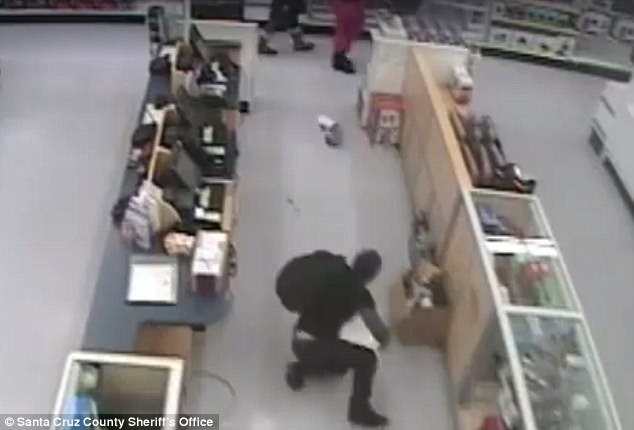 One of the accomplices is a woman in a pink sweatsuit. She is pictured standing at the edge of the register as the thief slides a package to her 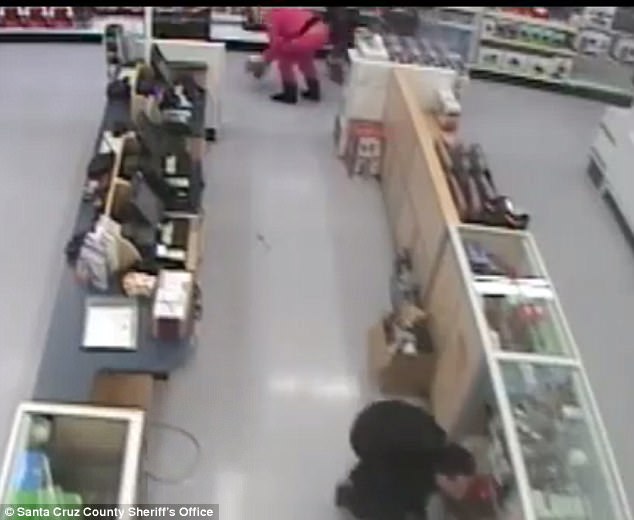 With the thief cowering behind the register, the woman bends down to pick up the item he tossed her 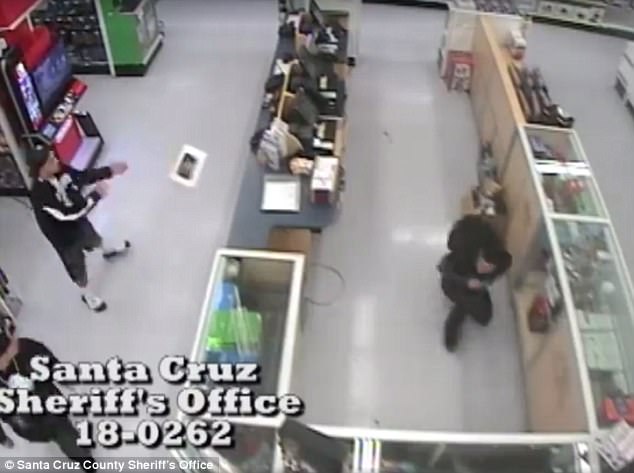 Another accomplice is this man, shown above left, with his hands outstretched waiting to catch a parcel the thief threw 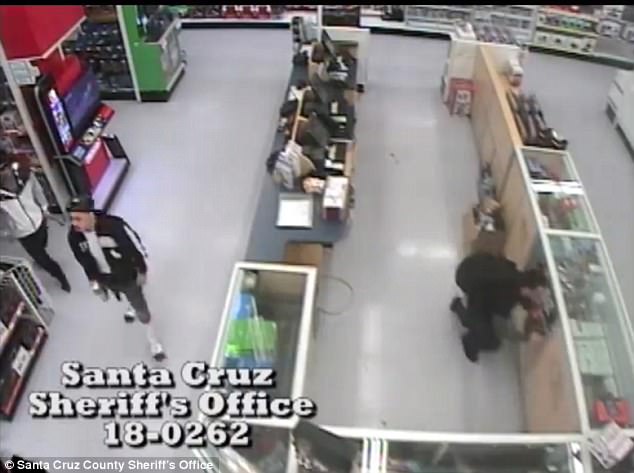 With the toy in his right hand, the man walks casually away from the counter

‘Watch the video closely and see if you can identify how many people are involved.

‘Based on the level of sophistication and planning, we are sure other stores have been victims of this crew,’ sheriffs said on Facebook as they shared the footage.

They later referred to the group as ‘brazen’ and told one concerned member of the public: ‘They were all working together, even the kids were acting as lookouts for the adults.’

Anyone who can identify the people in the video or who may have further information about the crime is asked to contact the Santa Cruz County Sheriff’s Office tip line at 831 454-7635. 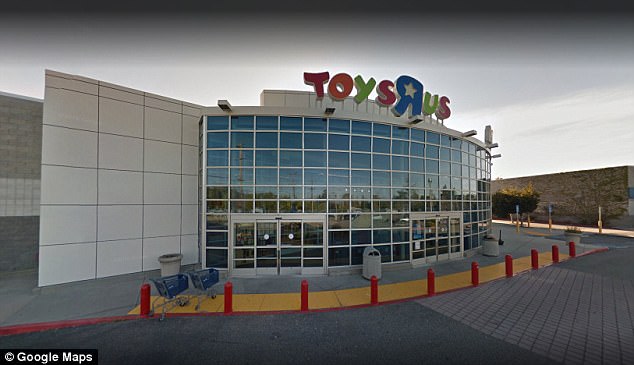 The incident happened at this Toys R Us in Santa Cruz late last week. The thieves stole a total of $1,400 worth of merchandise