A 15-year-old gatecrasher has been denied bail after allegedly hacking two men with a machete when they refused to let him into a ‘gangster-themed’ birthday party.

Liam Hamilton was celebrating his 16th birthday with a group of friends and family at his home in Quakers Hill, in Sydney’s west, on Saturday night.

The party was reportedly coming to a close at 10.30pm when his brother Corey and friend David Davis, both 22, tried to move on a group of gatecrashers who arrived.

Both Corey and David were allegedly stabbed with a 50cm machete by the boy, 15, and then set upon by a large group of gatecrashers – sparking an all-in brawl.

Corey suffered deep wounds to his arm and David remained in Westmead Hospital on Sunday night with a punctured lung after being stabbed in the back.

An accused gatecrasher, 15, has been denied bail after allegedly  hacking two men with a machete when they told him he wasn’t welcome at a ‘gangster-themed’ 16th birthday party (pictured is one of the victims being taken to hospital) 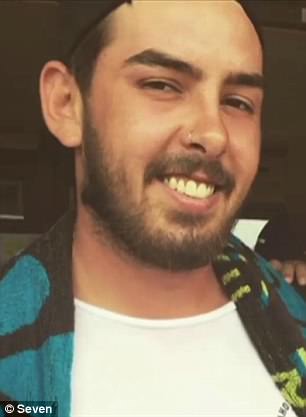 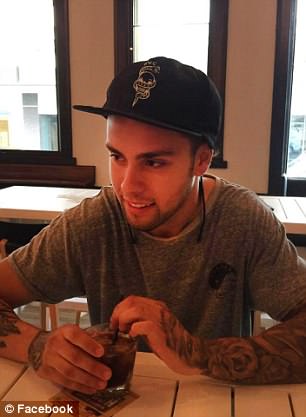 Corey Hamilton (right) and David Davis (left) were rushed to hospital after being stabbed at the party. Corey suffered a punctured lung and is in a serious condition after undergoing surgery 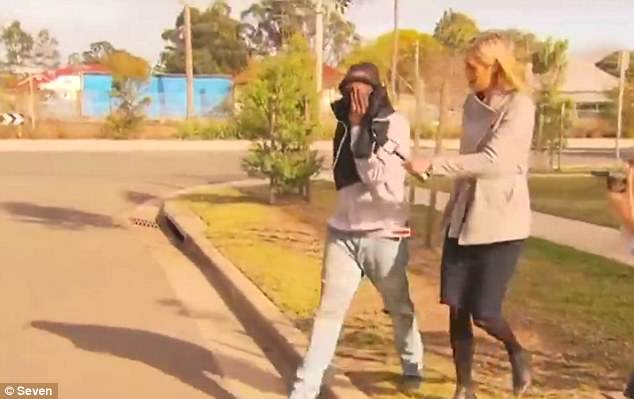 Five men and six teenage boys were arrested by police over an all-in brawl outside the home in Quakers Hill, western Sydney. They were all released without charge on Sunday morning

‘Our boys out the front said sorry guys the party is over,’ Liam’s mother told The Daily Telegraph.

‘They tried to move them on and the boys just jumped on David, the one that’s still in hospital, because they told them to go,’ she said.

Police waited for those arrested to sober up overnight before they began to interview them on Sunday morning.

Youths refused to comment to waiting media scrums outside of the police station on Sunday morning after being released without charge.

They were all released apart from the charged 15-year-old. 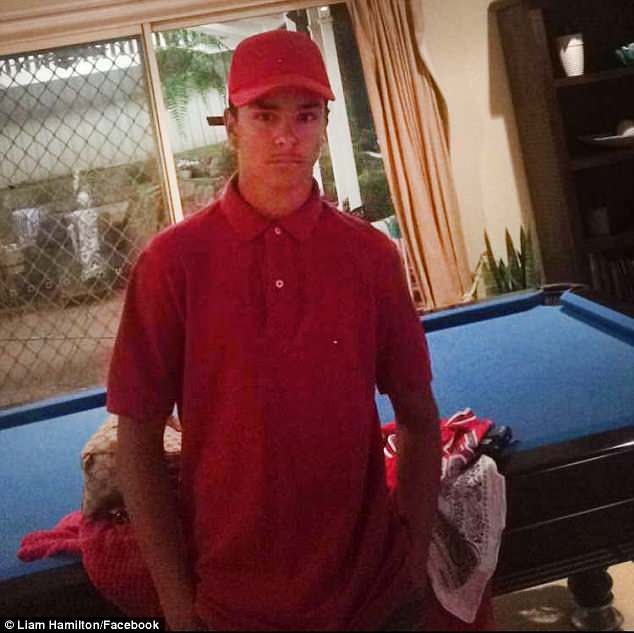 Liam Hamilton (pictured) was celebrating his 16th birthday when brother Corey Hamilton and friend David Davis, both 22, tried to move on a group of gatecrashers 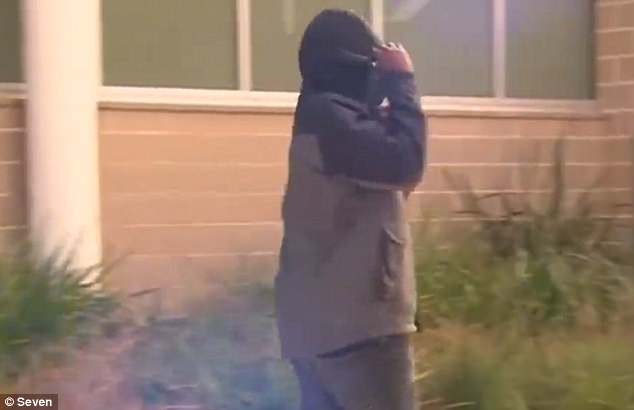 Forensic investigators were at the family home on Sunday to examine the crime scene, while police called for anyone with information to contact Crime Stoppers.

A witness claimed there were over 70 people in the street when the brawl broke.

‘Just a bunch of boys punching on and a lot of girls screaming. I head them throwing glass and stuff,’ the witness said.

‘We had one car blocking the street and they were all trying to get out on the street. it was crazy.’ 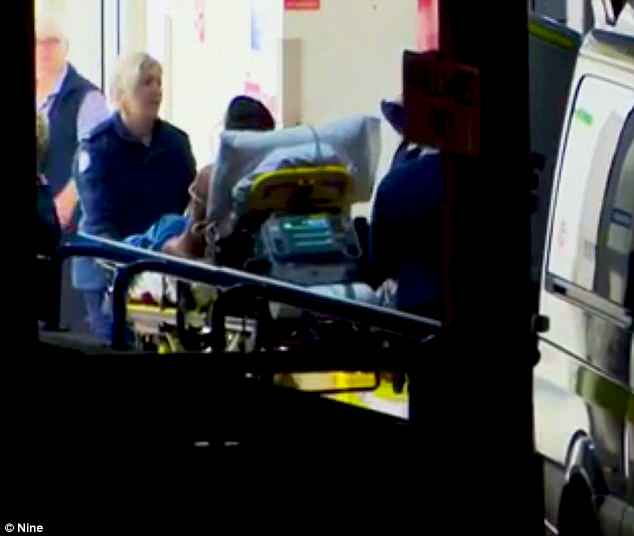 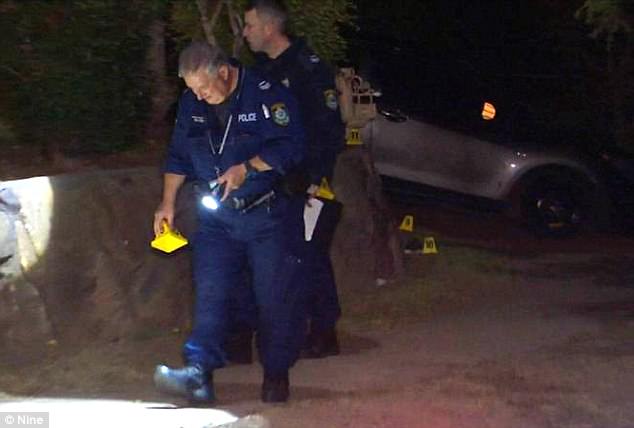