Kiera Waldie, 29, had used money from her boyfriend’s drug dealing to splash out on a C-class Mercedes. She is pictured arrived for court yesterday

A gangster’s moll who used his dirty money to treat herself to an £18,000 sports car claimed she thought he had been earning the cash — by cleaning windows.

Human Resources Officer Kiera Waldie, 29, had used money from her boyfriend’s drug dealing to splash out on a C-class Mercedes after becoming besotted with him when they met at a bar.

But the brunette who has 13 GCSEs and a Masters Degree in Human Resources was hauled into a police station.

Her hoodlum lover, Mark Smith, had been held by detectives along with eight accomplices following a string of raids at 15 properties across Greater Manchester.

Police discovered five suspicious cash installments from Smith totalling £11,000 had been paid into her bank account.

But she later accepted turning a blind eye to his dealings – claiming she had ‘fallen in love with the wrong sort of man.’

At Manchester Crown Court, mother of one Waldie, also of Tyldesle, pleaded guilty to two counts of converting criminal property and was given seven months jail suspended for two years. She was also ordered to complete 200 hours unpaid work.

Smith, 27, was jailed at an earlier hearing for nine years after he was convicted of possessing cocaine with intent to supply. 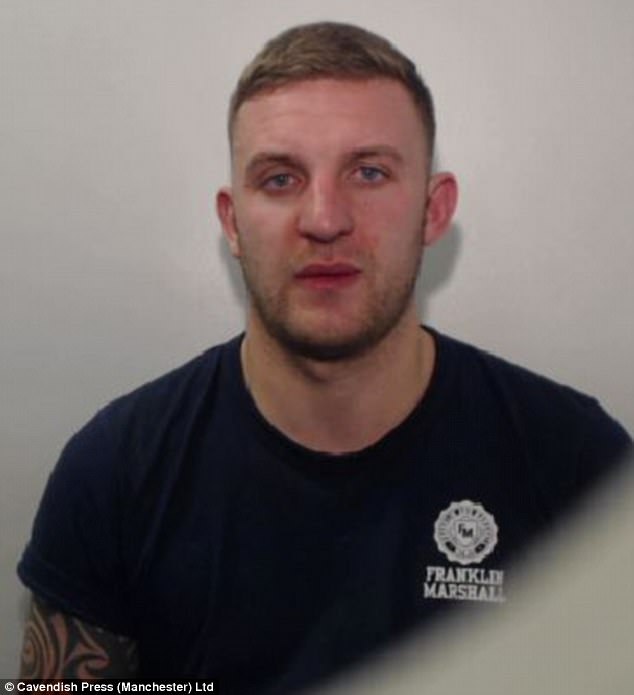 Gangster Mark Smith, 27, was jailed at an earlier hearing for nine years after he was convicted of possessing cocaine with intent to supply

The investigation into Waldie’s finances began after police recovered £200,000 worth of cocaine plus £30,000 in cash during swoops on Smith’s gang in October 2015.

Prosecuting, Brendan O’Leary said: ‘A number of items were recovered with a C-class Mercedes parked outside Smith’s address. Miss Waldie was present and the Mercedes was registered to her.

‘Further enquiries were made and records showed the vehicle had been purchased for £17,627 in May 2015. When police made enquiries in respect of that purchase which made clear that £8,000 was paid in cash, £5,800 was paid by debit card and £3,000 was funded by a finance agreement.

‘The crown does not take issue with the finance agreement and the £5,800 was funded by the sale of a BMW. But upon investigating the £8,000, Miss Waldie alleged the money came from a Frank Smith who had given his grandson a gift of £8,000. There wasn’t any evidence to support this.

‘She was interviewed by police but she denied any knowledge of a number of items seized at the property. She said Mr Smith had put money into her account to pay bills and that it had come from working as a window cleaner.’ 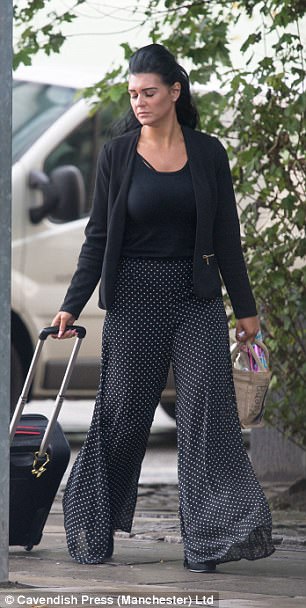 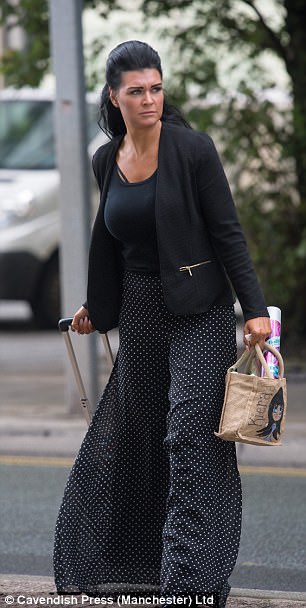 The investigation into Waldie’s finances began after police recovered £200,000 worth of cocaine plus £30,000 in cash during swoops on Smith’s gang in October 2015

But in mitigation defence lawyer Nicola Gatto said: ‘This woman is not just of good character – but exemplary character. This is a young woman who fell in love with the wrong sort of man and he dragged her down.

‘It is fair to say in WhatsApp messages recovered friends were warning her against this man but she responds saying he has promised to change his ways but he was a domineering character.

‘She had no connection with the property he was arrested at.

But in mitigation defence lawyer Nicola Gatto said: ‘This woman is not just of good character – but exemplary character. This is a young woman who fell in love with the wrong sort of man and he dragged her down’

‘She allowed herself to become so embroiled because she had a daughter with him who is now two years old. They met in 2014 and she had obtained 13 GSCE’s and a master’s degree. She had bought a property and her life was very settled.

‘She met this man in a bar and allowed herself to be sucked in.

‘When his mother died they decided to move in together. When they met he had told her he was a window cleaner and had inherited money but she accepts she really turned a blind eye.

‘In 2015, she fell pregnant and it was then that they decided to buy another car. She invested £5,000 into that Mercedes but the remainder was paid for in cash from her partner who said it was just his end of the deal.

‘Everything was paid for in her name because she was credit worthy. She is now bringing that child up on her own and she visits him in prison with their daughter.

‘She is a bright and intelligent woman who has a lot going for her and it is hoped that she will move on.

‘I cannot describe the fear this young woman has felt.

‘She has just gone away and buried her head in the sand. She carried on working because she was terrified she would lose her job which he had worked in for 10 years.

‘It is highly unlikely the courts will ever see this woman in the future.’

Sentencing Waldie, the judge Miss Recorder Karen Brody said: ‘In 2014, you met a drug dealer and had a relationship with him.

‘At the beginning, I accept you did not the nature of his work but at some point, you did and you suspected that the money he gave you had come from drug dealing.

‘You took that money intending to buy a car and during that year there were five payments into your account of £11,000. In total, you benefited from just shy of £19,000.

‘You became pregnant and now have a daughter and you still take your daughter to see him in prison.

‘It is very unusual for the courts to see a young woman like you before them, especially with offences relating to drugs and money laundering.

‘You are usually a very intelligent woman but you had your head turned by this man and in hindsight I am sure you wish you had never met him. This is a case that merits a custodial sentence but I can suspend that sentence.’