Gap is being sued by mall group for refusing to pay $65.9 million rent

Gap is being sued by mall group for refusing to pay $65.9 million rent for 390 of its stores – and nearly half of American retailers didn’t pay up in April and May

Gap is being sued for refusing to pay rent for stores temporarily closed during the coronavirus pandemic, after nearly half of American retailers skipped rent in April and May, triggering fears of dire economic ripple effects.

Gap Inc. has more than 390 stores at Indianapolis-based Simon’s malls, including its namesake brand as well as Old Navy and Banana Republic.

Gap and other major retailers, including sneaker seller Foot Locker, have said they wouldn’t pay rent for stores that were forced to close due to the pandemic.

An exterior view of a closed GAP store in New York City is seen in May. Gap is being sued for refusing to pay rent for stores temporarily closed during the coronavirus pandemic 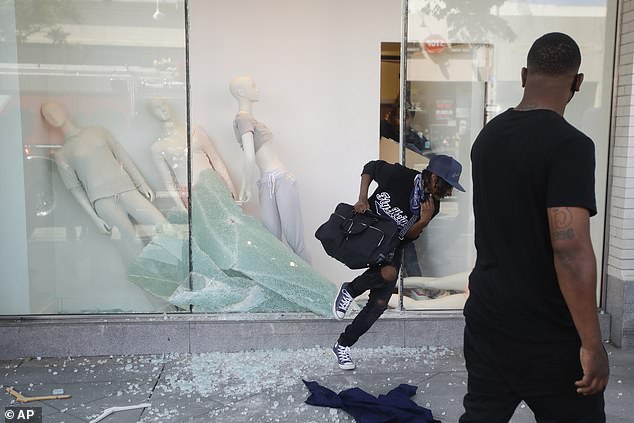 Looters steal items from a Gap store Sunday in Santa Monica, California during unrest and protests over the death of George Floyd

In April, Gap warned that it may be sued by its landlords and that a dispute could be costly and have ‘an uncertain outcome.’

San Francisco-based Gap did not respond to a request for comment Thursday.

Gap is not along in skipping rent payments, with industry data showing nearly half of all retailers did not pay rent in April and May, according to the Washington Post.

Starbucks paid May rent but also sent a letter to property managers requesting landlords to make concessions starting June 1 and continuing for 12 months. 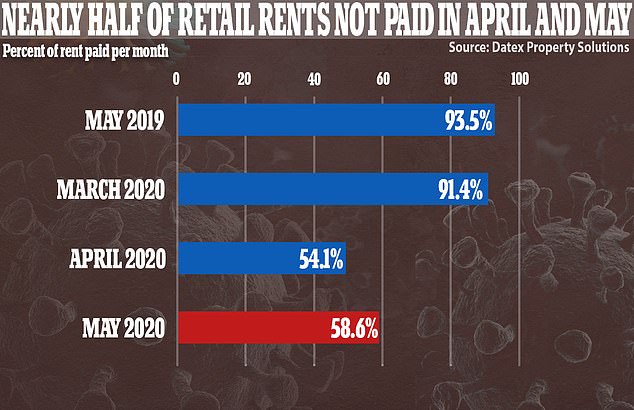 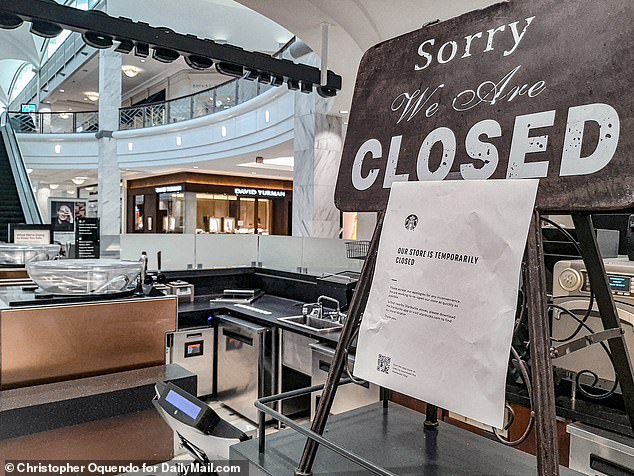 Industry watchers fear that the situation is a ticking time bomb that could spread wider economic misery, as property management companies face a wave of bankruptcies and financing for commercial construction becomes difficult to obtain.

He predicted defaults could be worse than the peak losses of the early 1990s commercial real estate bust ‘by a wide margin.’

The problem may even be more dire for small and independent business, who don’t have the clout and resources of big chains to try to negotiate concessions from landlords. 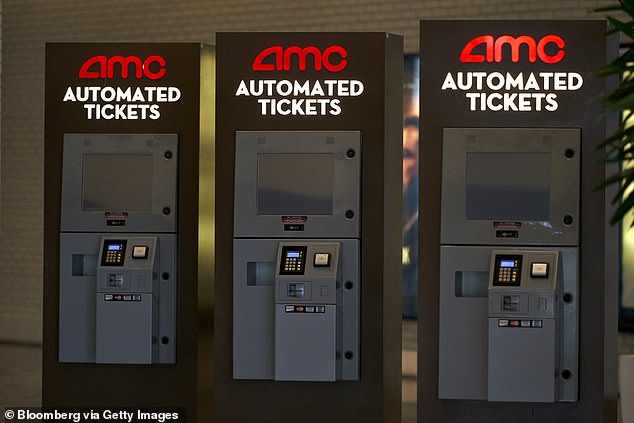 Making matters worse, the chain of ownership for commercial properties is often complex, making it difficult for small businesses to know who to call to reach an agreement.

‘It’s not just the landlord and the tenant that have to talk. Many properties are owned by a number of investors,’ David Ling, a real estate professor at University of Florida, told the Post.

‘A lot of this is going to have to be sorted out via lawsuits and the courts.’