Gardener says his monster succulent is the biggest in Britain

Dismay of the Triffid! Gardener says his Mexican succulent plant is the biggest in UK after heatwave sent it shooting 30ft through his greenhouse roof

One avid gardener has taken advantage of the extreme weather conditions and now says his succulent plant is like a monster Triffid and is the biggest in Britain.

The Beast from the East followed by the summer heatwave has seen it grow so tall it’s shot through the roof of his greenhouse.

Graham Griffin, who works as a gardener at Potters Resort in Hopton-on-sea, has been tending to it all this year and now claims it is the biggest succulent in Britain.

Now 30ft high and still spiralling, it’s as high as some of the areas tallest houses in Long Road, Lowestoft.

The plant, an Agave atrovirens to give its Latin name, is a succulent, meaning it prefers to be grown under cover and in heated greenhouses.

‘It is now 30 feet high and it has grown through the roof of the greenhouse,’ Graham said. 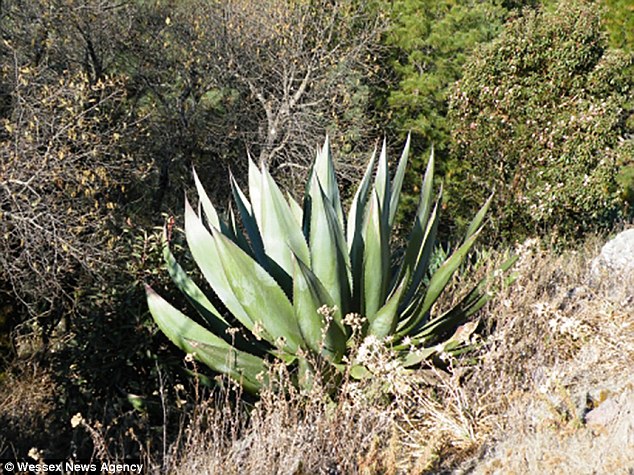 The plant started out looking like a small Aloe Vera plant, before spiralling as high as houses 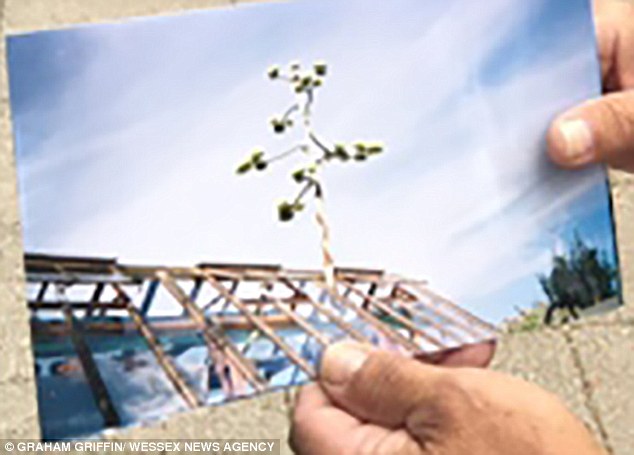 The Beast from the East storms and cold, combined with the summer heatwave, had led to ideal conditions, prompting the plant to have a growth spurt this year.

Graham said: ‘It’s the biggest variety of succulent there is in the world. I got it in 1982 from seeds.’

But its conquest to reach the sky is set to be its curtain call – it will die at the end of the current flowering season. 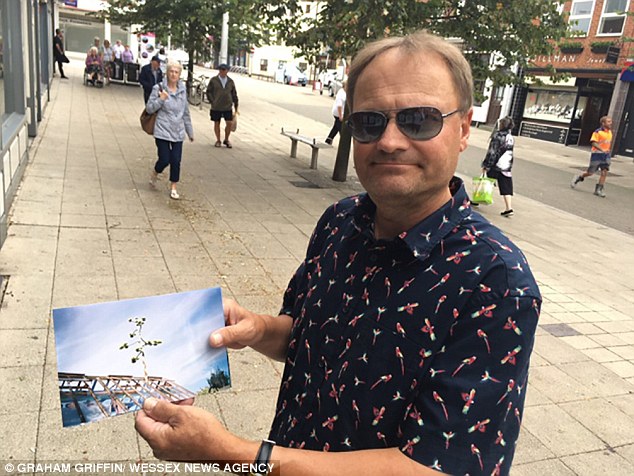 Poor weather conditions at the start of the year, followed by a heatwave have prompted the plant to reach new heights

Graham said: ‘At first I wasn’t expecting it this year – I thought it would be another two or three years.

‘But I knew it was going to flower by about February.’

It’s drawn spectators and admirers from far and wide, including gardeners who have heard about it on the grapevine and have flocked to the Suffolk town to see it.

Agave atrovirens is native to Mexico and other tropical countries, and usually grows to about 8ft in height.

Agave atrovirens, also called the maguey verde grande, is a type of century plant native to Oaxaca, Pueblo and Veracruz states in Mexico.

It is the largest of all the Agaves, and can reach a weight of two tonnes. Each succulent leaf can be up to 14 feet 9 inches in length and weigh one hundred pounds apiece.

In different varieties these leaves can also be up to 16 inches wide. As in other Agaves the leaves form a rosette from the centre, of which after many years, a panicle of flowers emerges on a long scape or peduncle which at first looks like a vast stalk of asparagus, but later grows to more than forty feet in height.

It also develops side branches near the top and numerous flowers which open red and gradually turn yellow.