Gareth Bale admitted that he plans to discuss transfer options with his agent this summer after scoring twice to seal Real Madrid’s third straight European crown.

The Welshman came off the bench to inspire a 3-1 win over Liverpool in Saturday’s Champions League final, before leaving viewers of BT Sport in no doubt that he is not satisfied with his current role at the Bernabeu.

‘I need to be playing week in, week out and that hasn’t happened this season for one reason of another,’ he said on live television on the pitch after full time. ‘I had a six-week injury at the start of the season and I’ve been fit ever since. I’ll have to sit down in the summer and discuss it with my agent and take it from there.’ 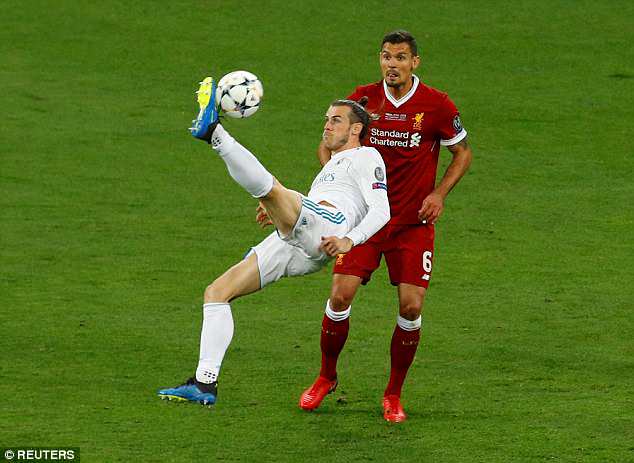 Five goals in the last four games before the final had not been enough to earn Bale a place in the starting line-up and the decision had left the player in no doubt that it’s personal between him and Zinedine Zidane.

But what a way to respond.

Bale had his place on the bench confirmed just hours before his fourth final in his five years at Real Madrid and it seemed the clearest indication yet that he is being edged out of the club. But how can Zidane not now build his team around him next season?

Bale was devastated by the team selection but he responded in the best way possible.

He was a substitute 12 months ago in Cardiff but in very different circumstances – last year he admitted he was unfit and did not deserve his place; this year he was flying.

Bale had told his Real Madrid team-mates that he was feeling better than at anytime since he joined the club but it was not enough. Zidane named an unchanged team in Kiev – unchanged from the team that won last year’s Champions League final at the Millennium Stadium.

There will still be lots of talking to do. Bale accepts that he remains in Cristiano Ronaldo’s shadow at Real Madrid but he does not understand his place in the pecking order behind Karim Benzema — who scores fewer goals from more minutes — and young Spain stars Isco, Marco Asensio and Lucas Vazquez. 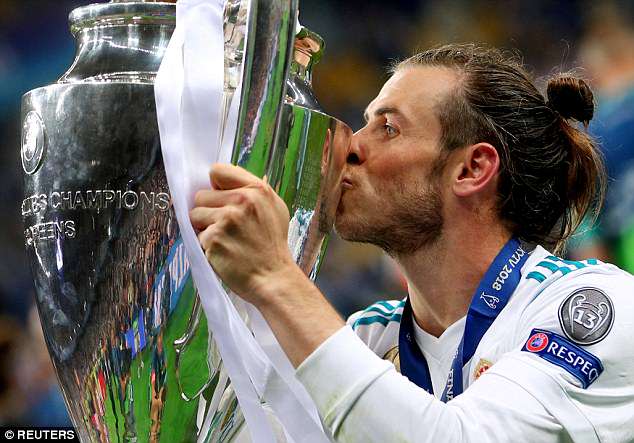 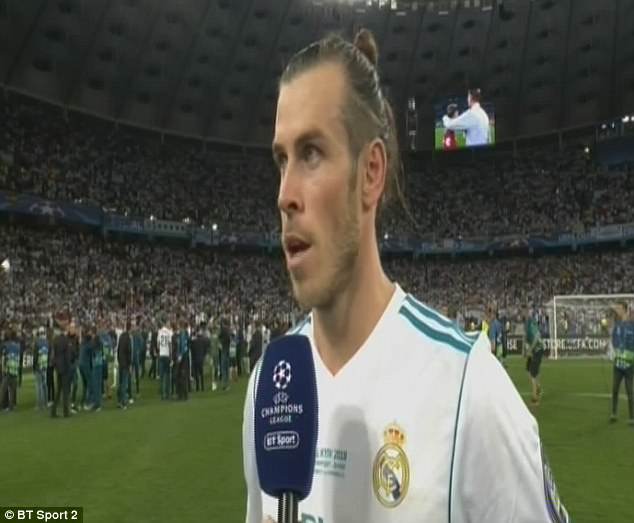 ‘Obviously I was very disappointed not to start the game,’ said Bale.

‘I felt like I deserved it but obviously the manager makes those decisions and what can you do?

‘The best I’ve been doing is to come on and make an impact. And that’s what I did.’

The Bale camp continues to maintain he will stay where he is despite the break down in relations with Zidane — that surely now is very much on the cards aided by the fact that nobody in Europe can afford the £88m Real Madrid want for him.

The player himself has become increasingly despondent this season. He declined an interview with club television channel after Real Madrid’s last home game of the season because so much had been made of it supposedly being his final match at the Santiago Bernabeu.

Earlier in the season he had been left stunned at being axed ahead of a Champions League first leg last-16 game against Paris Saint-Germain and he felt the decision to take him off at half time against Juventus was humiliating for a player who had won two Champions Leagues with the club – now it’s three. And it’s three thanks to him.

The Real Madrid coach is a hard man to take on. He has the unanimous support of the fans, his players are completely behind him, and he is a proving to be not just a far more accomplished manager than it was believed he would be, but also a lucky coach.

Saturday night’s injury to Mohamed Salah swung the match Real’s way when it seemed, not for the first time this season, that Zidane’s team selection had not paid off. 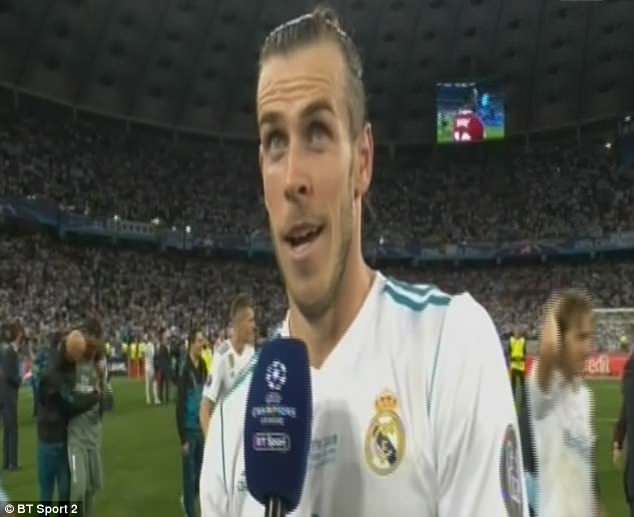 ‘Obviously I was very disappointed not to start the game,’ said Bale after coming off the bench 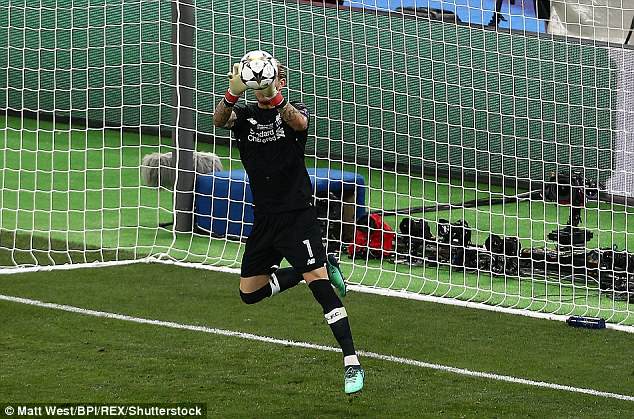 There are very few mind-games from Zidane. There was no approaching Salah for a last-minute word in the ear as Jurgen Klopp had done to Ronaldo in the tunnel before the game started.

There had been no pre-match showmanship. He had not stood in the centre-circle watching Liverpool train, again as Klopp had done staring down Real Madrid.

He had cut an impassive figure in his technical area and his hands stayed in his pockets when Toni Kroos played the ball straight out of play instead of to Benzema.

He was a little bit more animated when his favourite son Benzema poked in his goal after a Loris Karius howler.

Not for the first time this season Benzema had profited from a mistake from a goalkeeper. He had done it against Bayern Munich in the second leg of the semi-final and he had done it in the final.

At that moment it seemed Zidane’s luck was in again. But when Sadio Mane equalised Zidane had no option but to turn to Bale and that gave the Welshman the perfect chance to show his manager he had been wrong in not picking him from the start.

Ronaldo did his best to make himself the story at the end of the game. His first post-match interview on the pitch was all about him not committing himself to the club beyond the end of the season.

He had been outdone by Bale. Sergio Ramos was more generous. ‘It was an incredible goal that will goal down in history,’ he said. 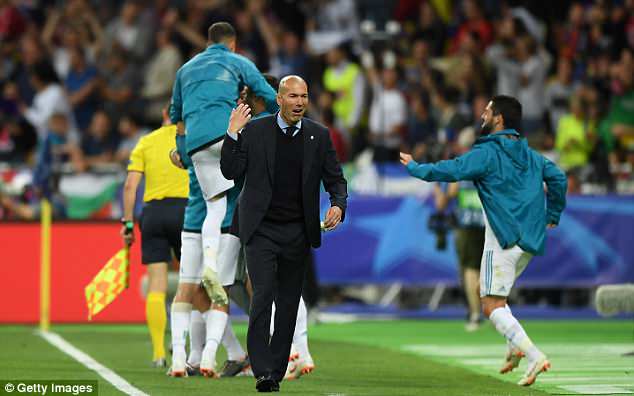