Real Madrid have released the new kits their players will be wearing for the 2018-19 season following their triumph in the Champions League.

Most notably, Gareth Bale starred in the kit launch alongside Marcelo, Karim Benzema, Toni Kroos and defender Nacho Fernandez, as they donned the sleek home and away shirts on Twitter on Tuesday.

Bale’s appearance comes as a surprise after the Welshman distanced himself from the club after scoring a match-winning brace against Liverpool in Kiev on Saturday. 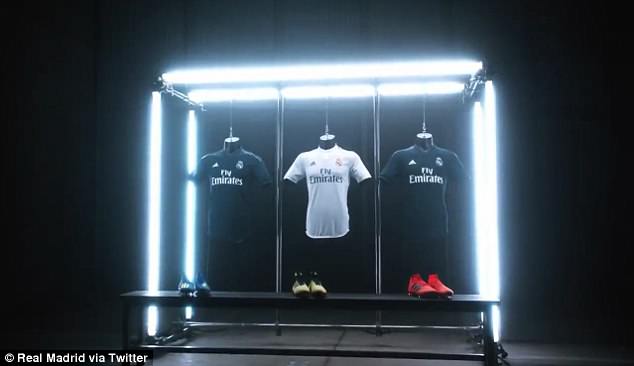 However, the most obvious absentee was talisman Cristiano Ronaldo who, like Bale, cast doubt over his future at the Bernabeu next season.

After Real’s emphatic 3-1 win over Jurgen Klopp’s side, Ronaldo dropped a huge hint that his future could be away from Madrid, saying: ‘In the coming days there will be answer about my future. It has been very nice playing for Real Madrid.

‘In the next few days I will give an answer. Now we have to enjoy the moment. The future of any player is not important. We have made history.’ 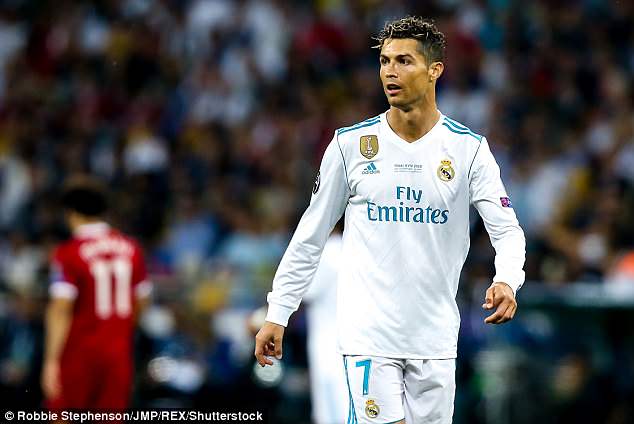 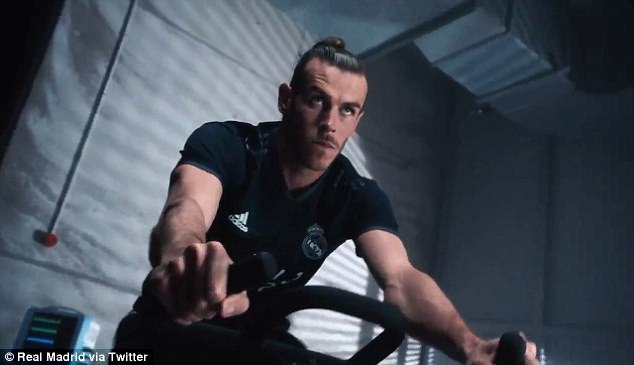 Despite casting doubt over his own future at Real, Bale starred in the kit launch on Tuesday 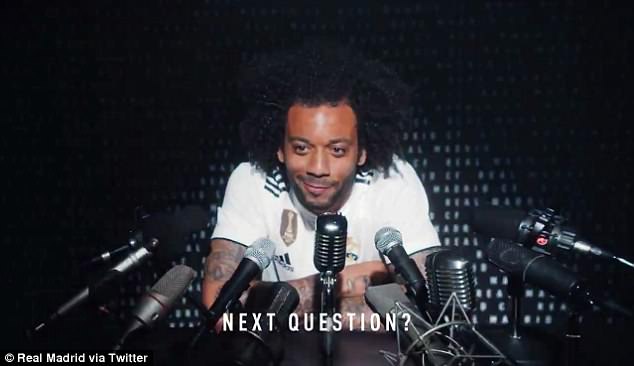 His absence from the kit launch will add fuel to the fire when it concerns his next move, with Paris Saint-Germain and Manchester United keeping tabs on the striker.

The 33-year-old didn’t even appear on the club’s shop on their website, while the rest of his team-mates did.

Despite being in the advert, Bale is still likely to move away from Real unless he is able to secure more playing time under Zinedine Zidane. 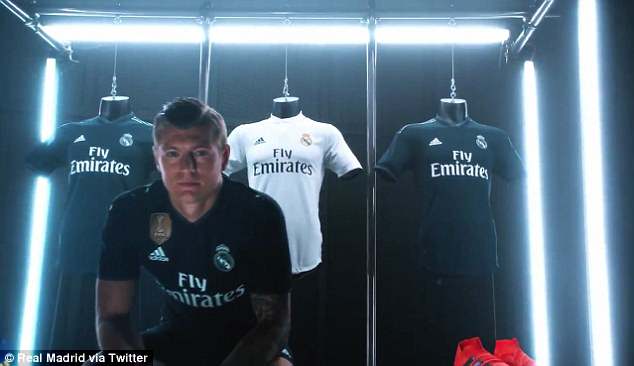 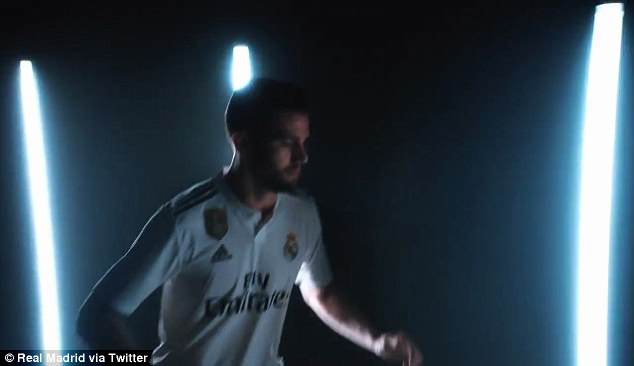 Nacho slaloms in between some long, dangling light bulbs, mimicking a training session

After the final whistle, Bale said: ‘I was very disappointed not to start the game, I felt I deserved it but the manager makes the decisions. The best I have been doing is to come on and make an impact, I certainly did. It has to be the best goal in a Champions League final, there is no bigger stage. I am just happy to get the win.’

Bale, who was a noticeable absentee from Real Madrid’s pre-match warm up, added: ‘It is a team game but when you are a substitute, it is a game of more than 11 players. I made an impact. We know what we have achieved and how good we have been.

‘The league was disappointing but we won the Champions League. It turns out to be a great season. We let everyone else speak (about us). We know how hungry we are in the changing room, how prepared and motivated we are.’ 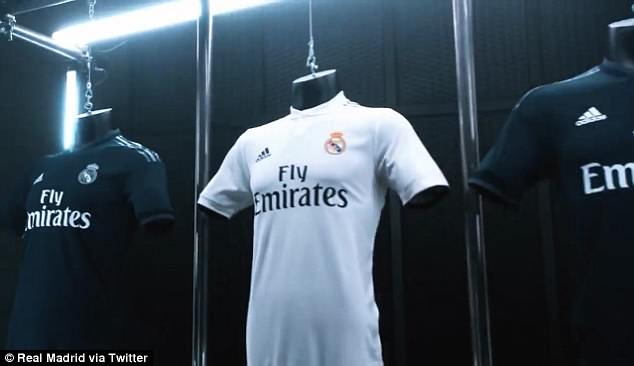