Gareth Bale took full part in Real Madrid’s training session on Thursday as Zinedine’s Zidane’s men got to work for the first time since arriving in Canada for the first part of their pre-season tour.

The Welshman’s future at the club is uncertain with Zidane making it clear that he does not feature in his plans for next season.

However, Bale and his agent Jonathan Barnett have repeatedly told the club he is happy to stay and see out the remainder of his three-year contract. 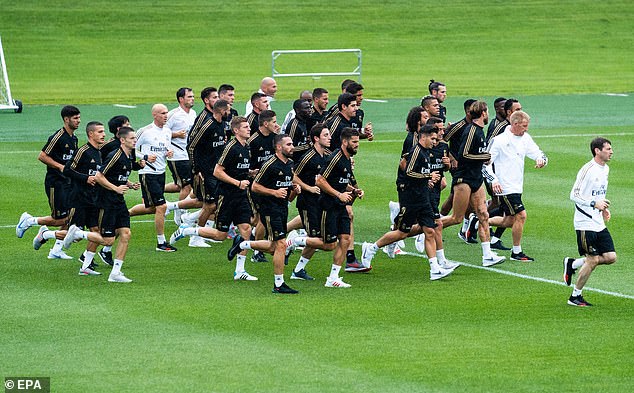 And he looked focused on trying to force his way back into his manager’s plans as he trained with his Madrid team-mates in Montreal.

The session was largely fitness based, most of the squad having just returned from their summer holidays.

Earlier in the day the Spanish press had reported that the 29-year-old has ruled out a move to the Chinese Super League.

Spanish outlet Marca say Bale is reluctant to leave the Spanish capital, but if he does it will only be for another big club in one of the top European leagues.

Bale was offered a £1.2million-a-week deal to play in China, doubling his current £600,000-a-week package, but Los Blancos rejected the offer as they are unwilling to pay a fee beyond covering his wages, according to El Chiringuito. 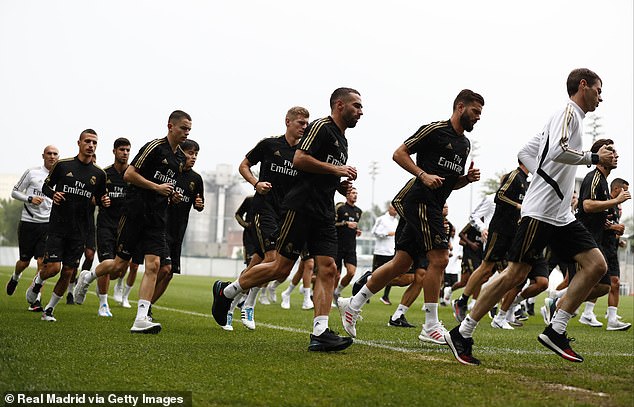 Should Bale see out the remainder of his contract in Spain, it would see him take home an eye-watering £100m in wages.

The Wales international was greeted with abuse as he turned up to start his pre-season training on Monday.

Spanish outlet AS reported he was greeted with shouts of abuse as his Audi drove into the Valdebebas training complex. 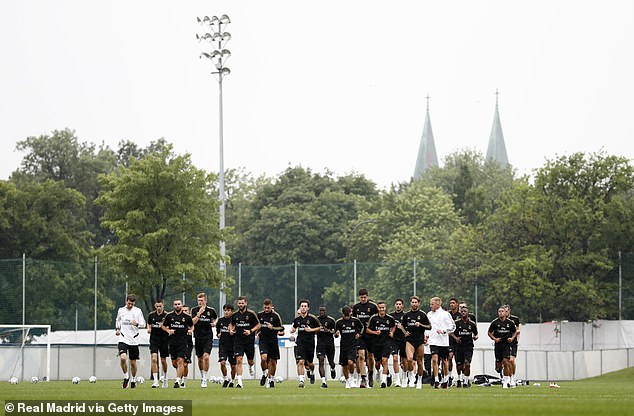 In the video posted by AS, one supporter can be heard shouting ‘desagradecido’, which in English translates to ‘ungrateful’.

Madrid will base their training schedule in Canada before travelling to the United States to take part in the International Champions Cup.

They have fixtures scheduled against Bayern Munich, Arsenal and Atletico Madrid.