Gareth Bale will take one more card from the deck on Saturday evening in Kiev. The 2017-18 season has not been his best but he knows he could still finish with a winning hand.

Sportsmail understands that the Welshman – playing his fourth final in the five years he has spent at the club – has never felt in better shape. So often he has been weighed down by aches, pains and niggles.

Those closest to him say he is absolutely flying ahead of the biggest game of the season, and arguably of his time in Spain.

How a match-winning performance would silence those at the club who believe he should be sold this summer.

Bale looks set to start upfront with Cristiano Ronaldo and Isco if coach Zinedine Zidane follows his own pattern from the two previous seasons – when he has more or less picked the same line-up for the final as in his club’s last league game.

Last season, Madrid signed off their domestic campaign with a 2-0 away win at Malaga and Zidane played a midfield diamond of Casemiro, Toni Kroos, Luca Modric and Isco behind Ronaldo and Karim Benzema. The same six started the final.

The year before Madrid’s last match saw them beat Deportivo away 2-0 and with the BBC front three of Bale, Benzema and Cristiano, and Casemiro flanked by Modric and Kroos. Zidane picked the same XI for the final in Milan against Atletico Madrid. Last Saturday it was Isco, Bale and Ronaldo up front with Kroos, Modric and Casemiro in midfield. Zidane gave his son Luca a debut in goal but the outfield had the look of a dress-rehearsal XI for the final.

With a 4-3-3 this will be Real Madrid fighting fire with fire and taking on Liverpool with a mirror formation. There have been times this season when Zidane has opted for a fourth midfield but Bale was unleashed on Villarreal and all indications are that he will be similarly unleashed on Liverpool.

It could make for one of the most attacking finals the Champions League has ever seen. Liverpool’s best chance of coming out on top could be to catch them cold early on as both Juventus and Bayern Munich were able to do in the quarter and semi-finals.

In both second legs Madrid had first-leg leads and so came out complacent.

They have insisted in the build-up to this game that they are not going to under-estimate Liverpool but every day it seems a different Madrid veteran comes out to say that the Spaniards are far superior and that, according to Vicente del Bosque, no Liverpool player would get into Real Madrid’s team. 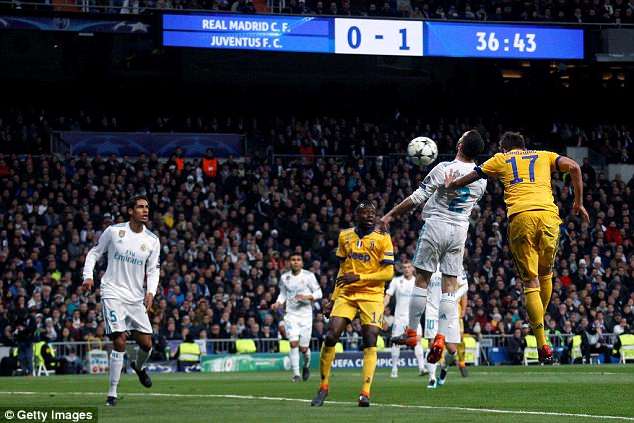 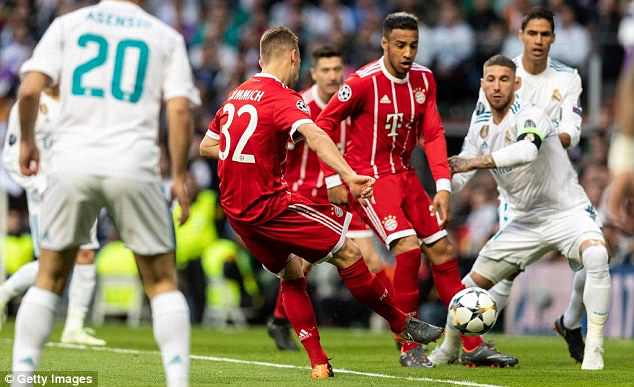 That must be making it difficult for the current Real Madrid players not to relax a fraction more than they might have ahead of a final against Barcelona.

The manner of those early goals will also have given Jurgen Klopp food for thought in the build-up to the game.

Mandjukic got one on one with Dani Carvajal at the back post for the Juve early goal. And Kimmich scored for Bayern after Marcelo allowed a cross to come over from his flank and Sergio Ramos could only half clear it.

Kimmich also scored fairly early in the first leg. This time attacking the left-back position, with Marcelo stranded up the other end of the pitch, and beating Keylor Navas at his near post. As Klopp said this week with surprising frankness: ‘Marcelo doesn’t defend’. 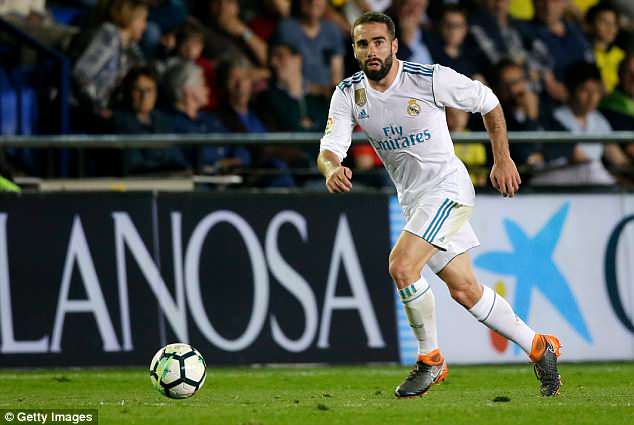 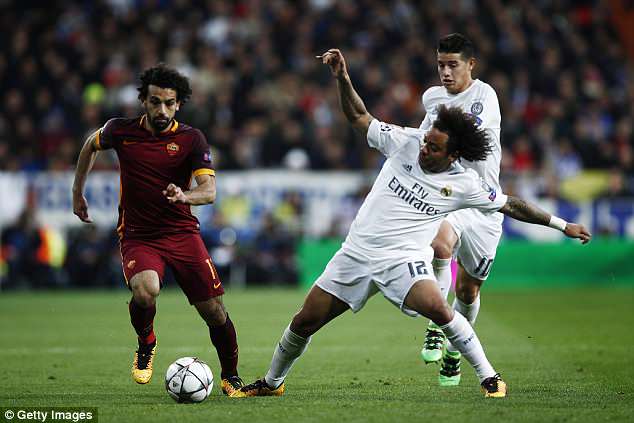 Both Marcelo and Carvajal like to play high up the pitch and Mohamed Salah and Sadio Mane can expose the space behind them.

The space infront of Real Madrid’s central defenders could also be fertile ground for Liverpool. Zinedine Zidane seems to had shown signs of losing faith in his only holding midfielder Casemiro towards the end of the season.

The Brazilian was taken off at half time against Juventus and dropped against Bayern. Without him it tends to be Modric and Kroos in central midfield and neither is very effective at protecting and supporting Ramos and Varane.

Casemiro looks set to start on Saturday but even when he plays it is usually Kroos who drops in between the centre-backs at the start of moves because Zidane does not trust Casemiro’s ability to bring the ball out. 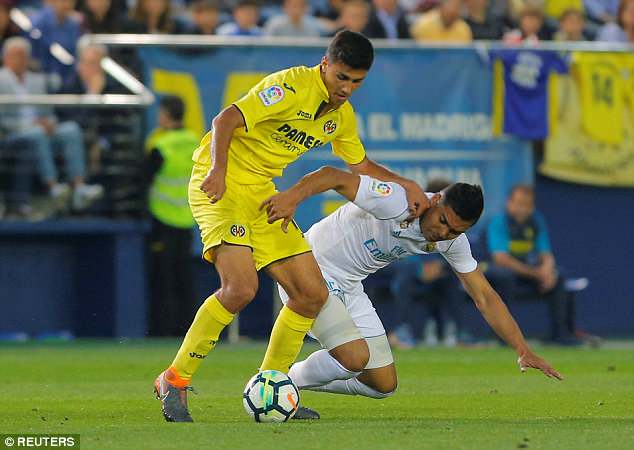 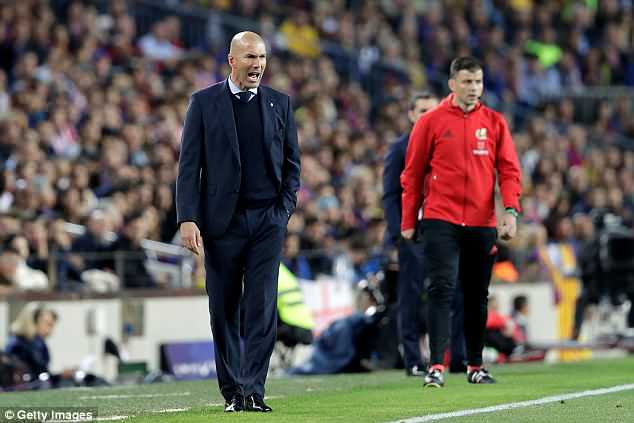 The two then swap once Mardrid are on the attack. It’s an unusual tactic and it could be meat and drink to Liverpool’s voracious pressing game led by Roberto Firmino.

Everything points to it being the sort of final a single striker puts his name too. Liverpool will hope that it is remembered as the ‘Salah final’.

Ronaldo wants that sixth Balon d’Or at the end of this year and will be dreaming that it’s remembered as his night.

Bale might feel that having let the other two dominate through the rest of the season, his moment has come.