Bale has been persistently linked with a move away from the Bernabeu this season, having hinted at such a switch after last year’s Champions League final and following reports of a disconnect between the 29-year-old and his team-mates.

Former Tottenham man Bale played the full 90 minutes as Madrid were beaten 1-0 by Rayo Vallecano on Sunday, but head coach Zinedine Zidane later questioned whether he was fully focused. 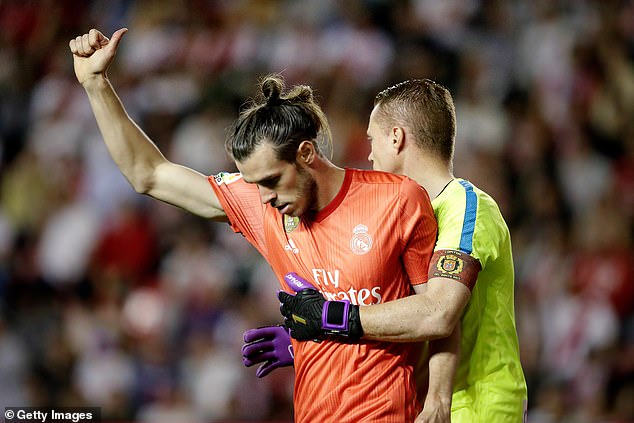 Referring to his past assertion that Bale wanted to spend the rest of his career with Madrid, Barnett added: ‘Nothing has changed.’

Bale’s Madrid contract runs until 2022 and, while a move to Manchester United or a return to Spurs have been mooted, no clear suitors have emerged to sign a man whose £85.3million transfer from White Hart Lane in 2013 was a world record at the time.