A pilot with a striking resemblance to Gareth Southgate has revealed how he’s had to be escorted away from rowdy football fans convinced he’s the England manager.

Neil Roe, 51, from Surrey, said he started being compared to the 50-year-old football star when he was playing for Crystal Palace in his early 20s, and that he’s even pretended to be the manager to sign autographs for strangers.

The resemblance between the pair is uncanny, and Neil has been inundated by football fans wanting photos while watching the Euros over the past few weeks.

British Airways pilot Neil appeared on This Morning today, where he revealed he was once escorted away from a group convinced he was Southgate during a visit to Russia in 2016.

But viewers weren’t impressed, with one writing: ‘He looks like Gareth Southgate if you were blind and stood 5 miles away.. maybe then I can see the resemblance.’ 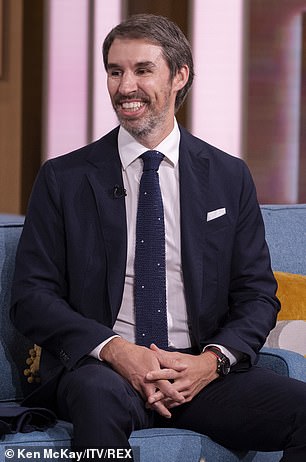 Neil Roe, 51, from Surrey, bears a striking resemblance to Gareth Southgate and says that he’s had to be escorted away from rowdy football fans convinced he’s the England manager (left, Gareth Southgate, and right, Neil Roe)

He said: ‘I went to Red Square wearing the waist coat and all the international fans and TV cameras went bonkers.

‘I think quite a lot of them thought I was the real guy. In the end tourist police had to escort me off because they were fearing to my safety, it was getting a bit out of hand.’

Speaking of when he first discovered his similarity to Gareth, he said: ‘It was back in the mid 90s when he was a young player for Crystal Palace.

‘One of my mates said “Blimey it’s your doppelgänger”. And then of course Euros 96 happened and then suddenly I was getting school kids asking me to sign their napkins in McDonalds. I pretended I was him sometimes.’

However viewers weren’t convinced, with one saying he ‘looked nothing like Gareth Southgate’ on the programme

Neil said he loves the attention he gets from football fans while watching the game, explaining: ‘It is quite a rush.

‘When you have the crowd there singing the Atomic Kitten song that’s popular at the moment and all these random people lifting me on their shoulders, it’s quite a buzz.’

When asked how the Euros 2020 compare to 2018 World Cup, he said: ‘That was a great buzz, it was completely unexpected that we would get to the semi final. 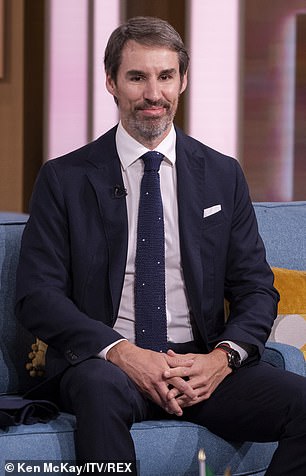 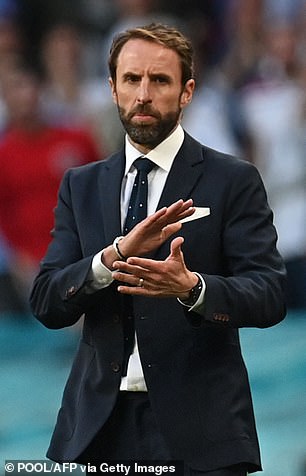 The resemblance between the pair is uncanny, and Neil (left) has been inundated by football fans wanting photos and his autograph while watching the Euros over the past few weeks. Right, Southgate at the Euro 2020 semi-final on Wednesday

‘We had a bit ore expectation here, But the way the team has developed, and the country get to see the team at home now, it’s incredible.’

In his day job, Neil has flown the England cricket and rugby teams and said he just needs to fly the national football squad to ‘tick the box’.

When asked for his predictions for Sundays game, he added: ‘I’m quietly confident, Italy is a great side, I think it’s going to be cagey. I think we’ll nick it 2-1, and of course, it’s coming home.’ 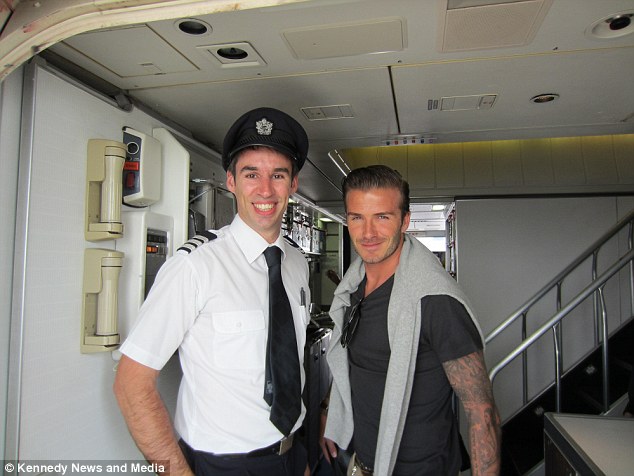 But viewers weren’t convinced by the doppelgänger, with one writing: ‘I need to go to Specsavers because I don’t think that bloke looks nothing like Gareth Southgate ?

A another said: ‘He does look a bit like Gareth Southgate….When I take my glasses off.’