Take That frontman Gary Barlow is well known for taking his fitness serious, and is clearly determined to age like a fine wine.

His latest #Barlowsbootcamp – a social media drive to encourage January fitness – has seen the super-honed 46-year-old sharing a few of the diet secrets that keep his six-pack in shape…including ‘golden milk’.

Giving fellow fitness-obsessive Davina McCall a run for her money, Gary has been interacting with fans on social media, motivating them to try and lose the festive flab with healthy eating and work-outs. 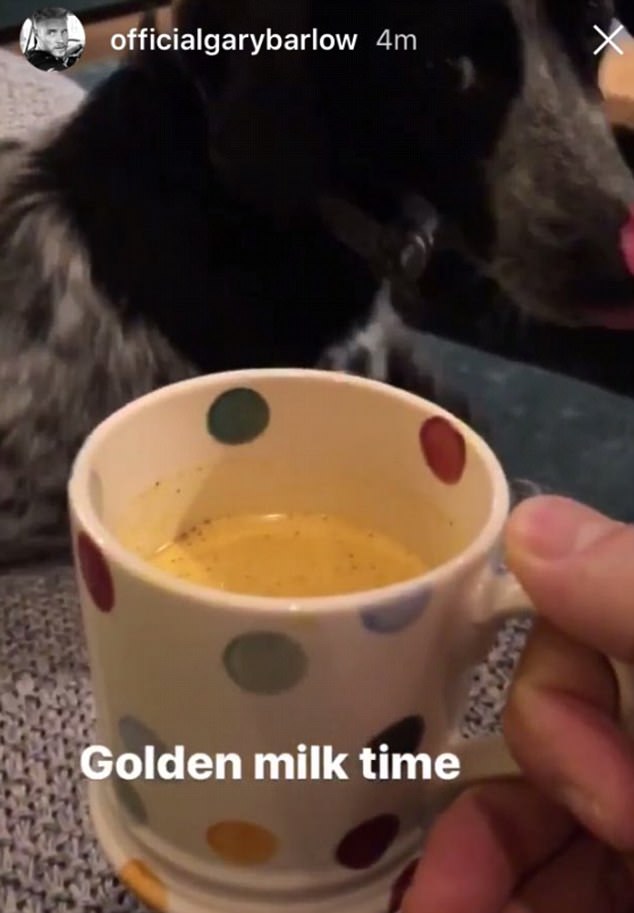 The star has shared images of the turmeric-infused brew, with many fans desperate to get their hands on Gary’s recipe for the drink, which is said to help reduce inflammation 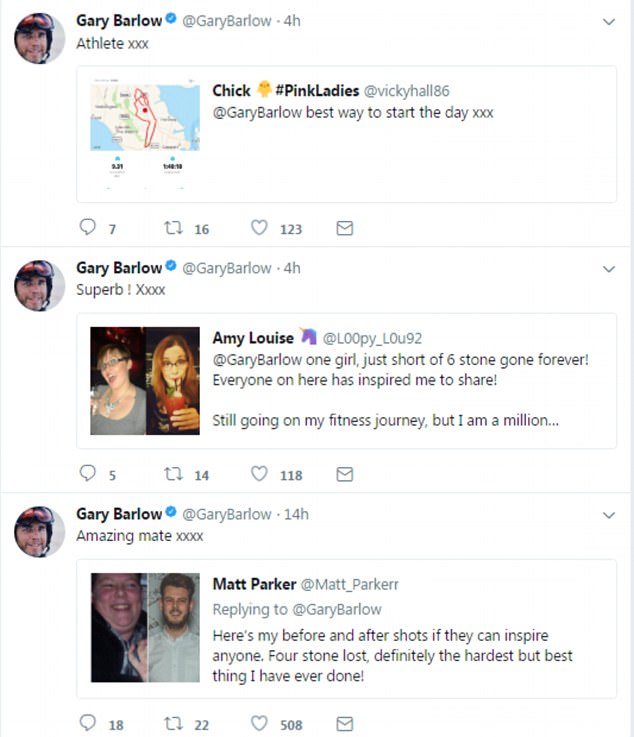 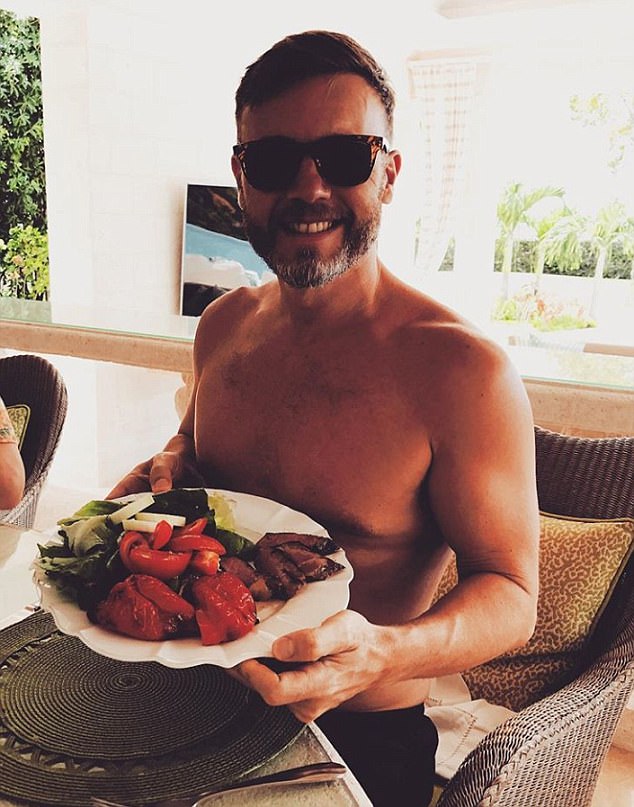 Like a fine wine! Gary, who has spoken frequently about his battle with the bulge, evangelises about healthy eating on his social media accounts

Thousands of followers have got on board with the hit-maker’s latest drive to get people fit, which he dubs #barlowsbootcamp.

He’s been virtually high-fiving fans on social media as they’ve shared their own diet and fitness triumphs, responding with motivating one-worders including ‘athlete’ and ‘superb!’.

Gary has also discussed his own diet secrets, including exalting the benefits of honey-coloured fitness drink ‘golden milk’ too, a brew of almond milk and tumeric.

Many followers have become fixated with finding the recipe, tweeting the star asking him to share his take on the trendy beverage.

@Erica_Sve pleased: ‘@BootcampBarlows @GaryBarlow would love the recipe for the golden milk please. Does anyone have it?’ 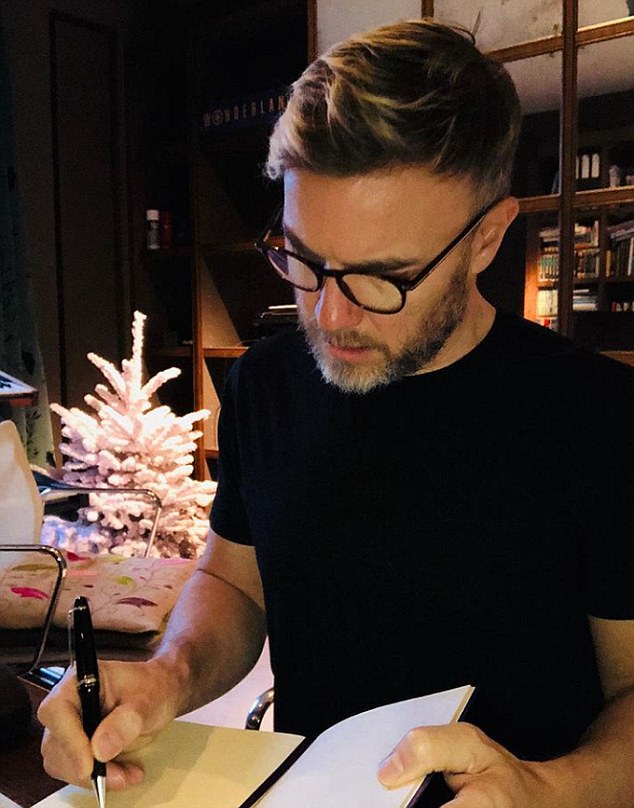 @kreena79 had already found it and posted about its virtues: ‘@GaryBarlow morning yoga done. Got my golden milk on the hob simmering. Now I can start the day.’

In Instagram live videos, song-writer Gary, who’s just returned from an athletic ski trip to Europe’s mountains, told followers he’d ‘worked those legs so hard on the slopes’ on his New Year break.

He also revealed that he’s keeping a daily food diary to keep himself motivated and added that water and kombucha tea – fermented green tea – are the other elixirs in his life. 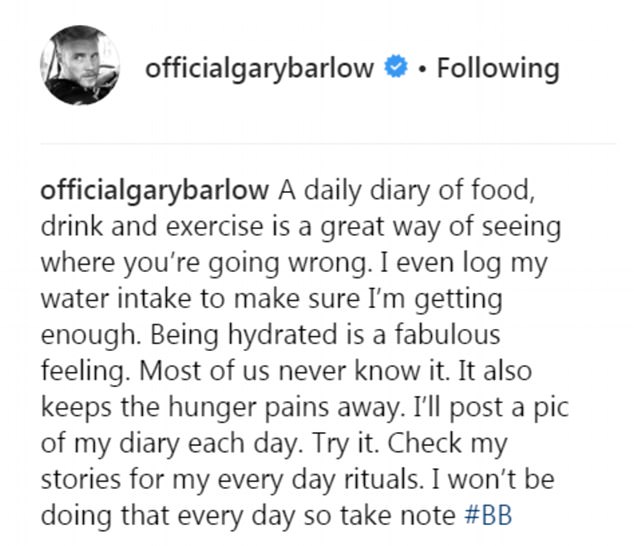 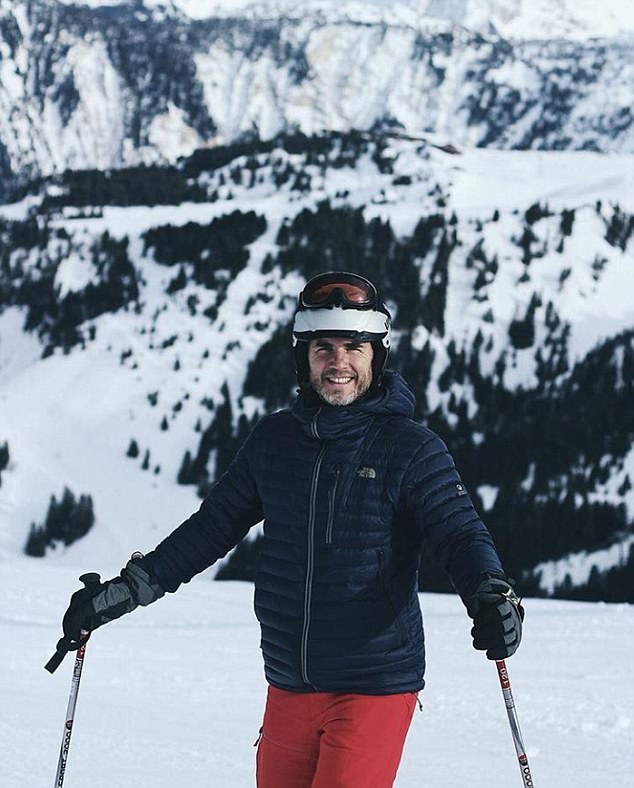 The star has just returned from a mountain break in the alps, where he said he worked his legs ‘so hard’ while carving down the slopes 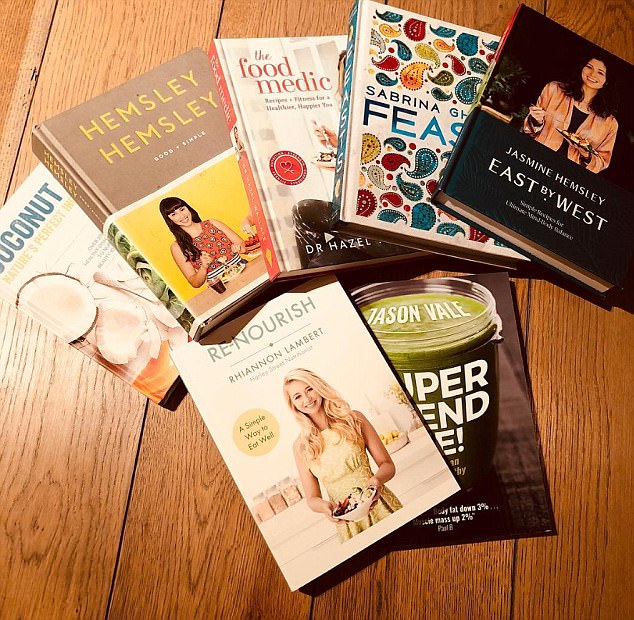 Bibles: Gary also showed off the books he’s been following, including a couple by the Hemsley sisters, who’ve sparked controversy over their ‘clean eating’ mantras

What is golden milk? And how on earth do you make it?

Golden milk, the luminous drink also known as turmeric latte, is one of a new wave of ‘wellness drinks’ that have been appearing in coffee shops after arriving from the US last year.

The beneficial properties of golden milk – usually made with either almond or coconut milk, ginger, turmeric, coconut oil and pepper – are said to include aiding digestion, acting as an anti-inflammatory and an antioxidant. 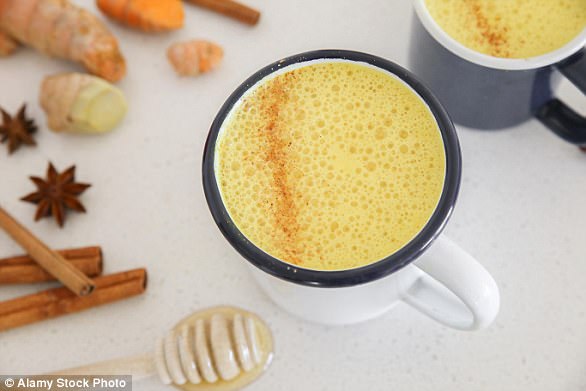 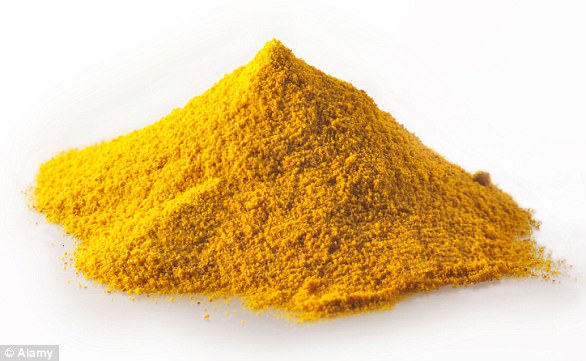 a small pinch of ground or fresh ginger

a small pinch of pepper

Gary wrote on Instagram: ‘I even log my water intake to make sure I’m getting enough. Being hydrated is a fabulous feeling. Most of us never know it. It also keeps the hunger pains away.’

So, what is golden milk? The bright yellow turmeric-seasoned hot drink, also known as turmeric latte, is one of a new wave of ‘wellness drinks’ that have been appearing in coffee shops across New York and the US.

The beneficial properties of golden milk – usually made with either almond or coconut milk, ginger, turmeric, coconut oil and pepper – are said to include aiding digestion, acting as an anti-inflammatory and an antioxidant.