She showcased her post-partum figure on Instagram earlier this week, flaunting her 28lbs weight loss just ten days after giving birth to her son.

And Emma Mcvey’s boyfriend Gary Beadle stood up for the 25-year-old after she was deluged with comments from angry parents who labelled her as ‘attention seeking’ and ‘shallow’.

The Geordie Shore star, 29, shocked with his comments, however, as he branded new mums who can’t lose their baby weight as ‘lazy’ in the furious tirade, saying it was their fault for gorging on ‘takeaways and pizza.’ 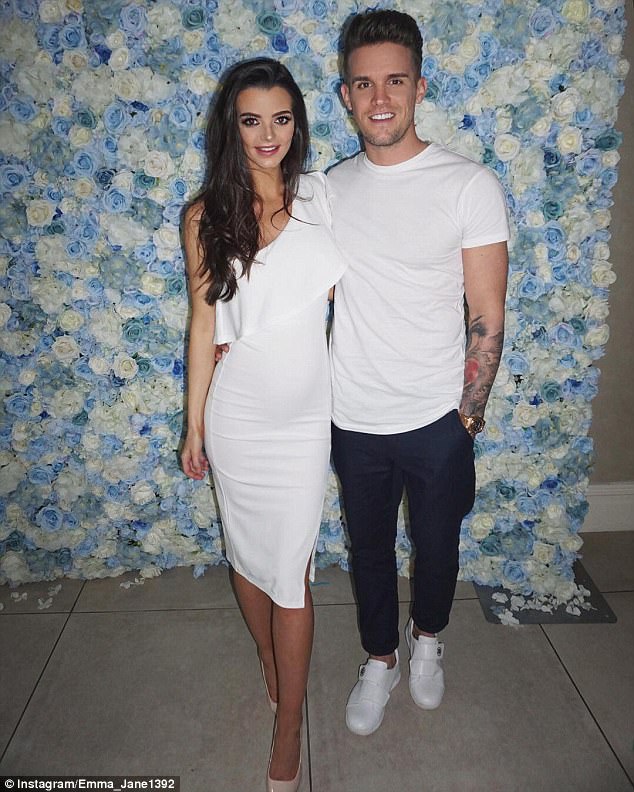 Hitting out: Gary Beadle stood up for Emma McVey after angry parents labelled her as ‘attention seeking’ after she posted her post-partum figure on Instagram

According to The Sun, Gary hit back at comments on Emma’s post before she was forced to hide them altogether.

He wrote: ‘All the negative comments are coming from people who when pregnant used the excuse to eat everything under the sun because they were (eating for 2) had a kid then realised s**t I can’t shift this weight…

‘No one is saying bad stuff to you for feeding your baby unhealthy s**t throughout your pregnancy (take aways, chocolate, pizza) yet you hate on someone eating healthy throw there’s. Jesus.’ 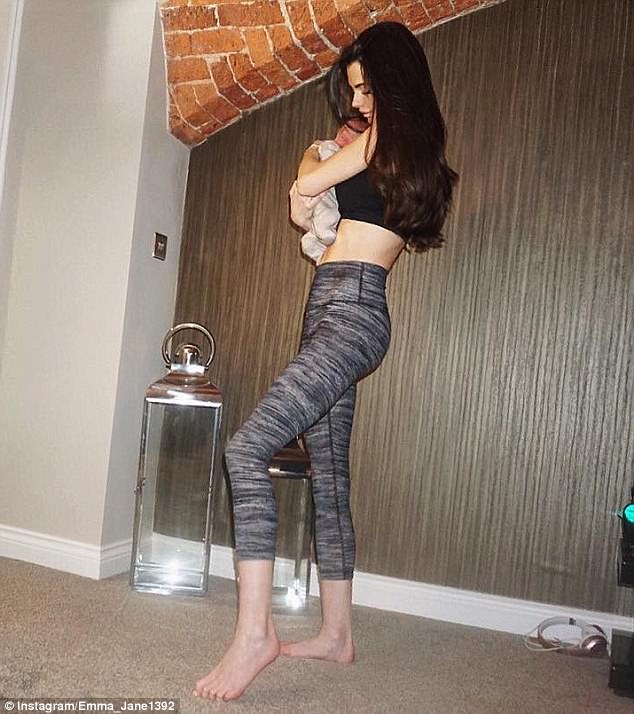 Snapped back: Gaz branded new mothers ‘lazy’ for not losing their baby weight after his girlfriend Emma McVey revealed she was back to her pre-pregnancy weight 10 days after giving birth

He added: ‘Women I will never understand you have all lost the plot… and it’s easy to lose that weight etc.’

‘It’s called not being lazy and doing something about it but if commenting on here makes you feel better then crack on. Rant over.’ 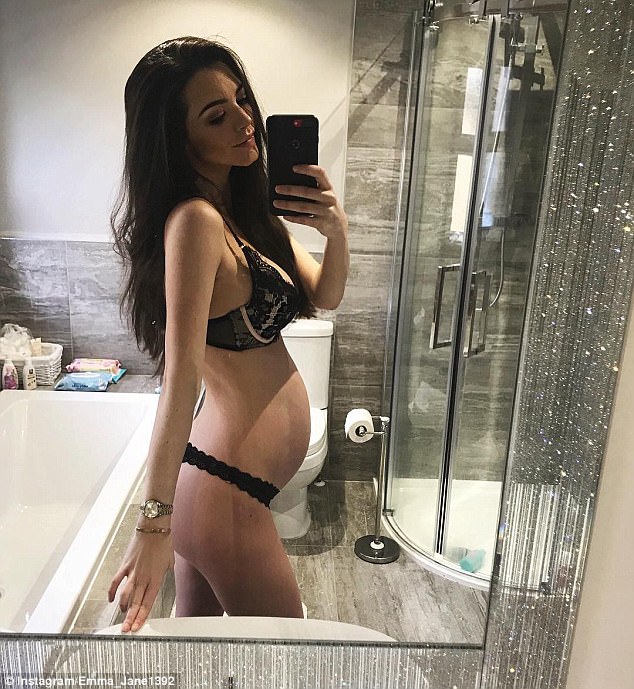 Modest bump: The model, who shares son Chester Raymond with Gaz, was targeted by trolls because of her modest baby bump (pictured at nine months pregnant)

The model, who shares son Chester Raymond with Gaz, took to Instagram on Thursday to show off her flat stomach as she revealed her diet secrets.

Flaunting her abs in a black crop top and leggings, the new mother looked serene as she cuddled up to her newborn.

Shocking her 500,000 followers, Emma announced: ‘I’m back to my original weight and shape in 10 days! I swapped from my energy and maintenance shakes to the fat loss ones the past 7 days so a huge thank you to herbalife… this is one of the main reasons me and @gazgshore have decided to team up with them (don’t want him having a dad bod). 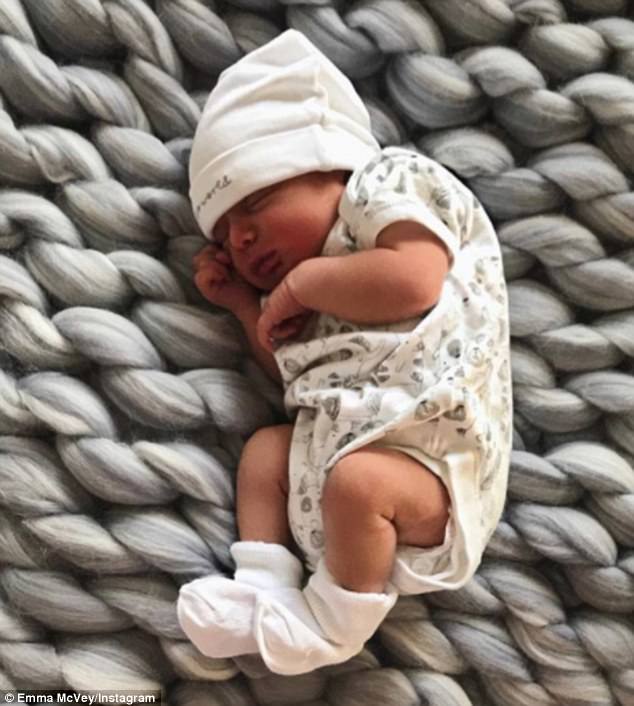 Baby love: Emma stressed that her weight loss diet was safe so would not harm her son Chester while she is still breastfeeding the newborn

‘I gained a total of 28lbs which was a good amount of weight for me and Chester who was 6lbs2. You all had so many questions about the shakes I posted and had throughout my pregnancy so I’ve decided to start sharing my journey with you alongside my healthy meals and snacks!’

Emma stressed: ‘THIS IS NOT A SHAKE ONLY DIET. I specifically had shakes for the nutrients and energy they gave me and of course the fat loss ones because who doesn’t want to get back to their original shape after pregnancy?!

‘I still stuck to a balanced diet and ate 3 meals throughout the day from @prepfooduk.’

She added: ‘SAFE WHILST BREASTFEEDING’.

During her pregnancy, Emma was forced to hit out claims that she was unhealthy owing to her modest baby bump.

The pretty brunette revealed that even hospital staff were ‘shocked’ by the size of her baby bump as she went in for last minute check-ups.

The lingerie model revealed the details of a recent baby appointment, telling OK! magazine: ‘The staff couldn’t believe how small my bump was compared to the size of the baby.

‘They were really shocked. But mainly they just told me he’s growing well and everything’s looking really healthy.’ 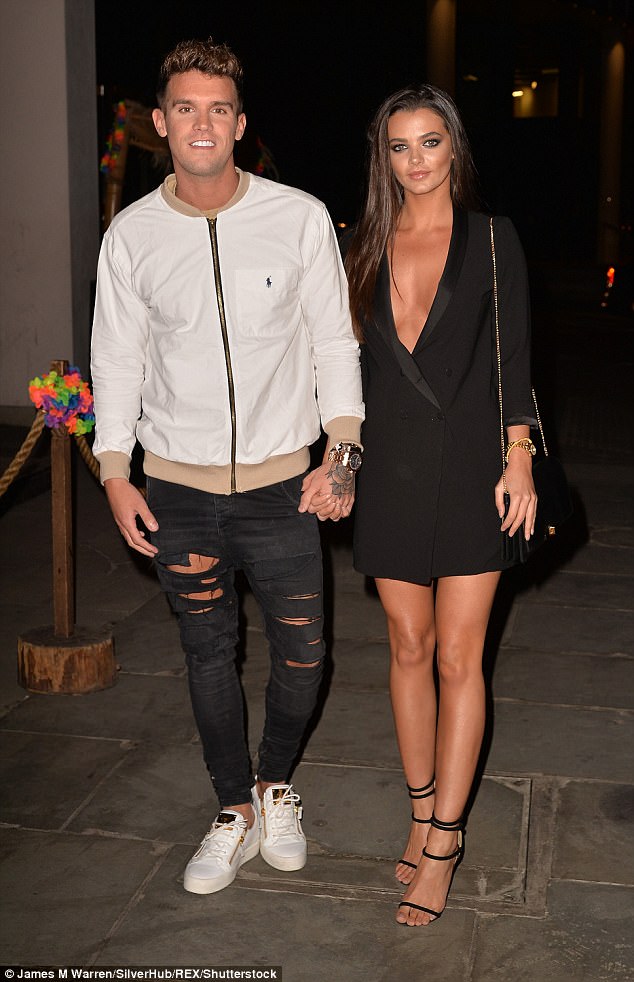 Speaking out: The pretty brunette revealed that even hospital staff were ‘shocked’ by the size of her baby bump as she went in for last minute check-ups

Gaz and Emma began dating in August 2016, but they briefly split in May 2017 after she branded him a ‘cheat and liar’, before they rekindled again.

The reality star quit raucous MTV show Geordie Shore ahead of Series 16 to focus on his family and take fatherhood seriously.

Gaz told MTV: ‘After 15 seasons of Geordie Shore, obviously I have decided to leave. I cannot be on Geordie Shore and be a dad at the same time.

‘I’ve done Geordie Shore, I’ve done everything I could possibly imagine doing on Geordie Shore and now I’m just ready for that next chapter in my life and to be honest with you, I cannot wait.’ 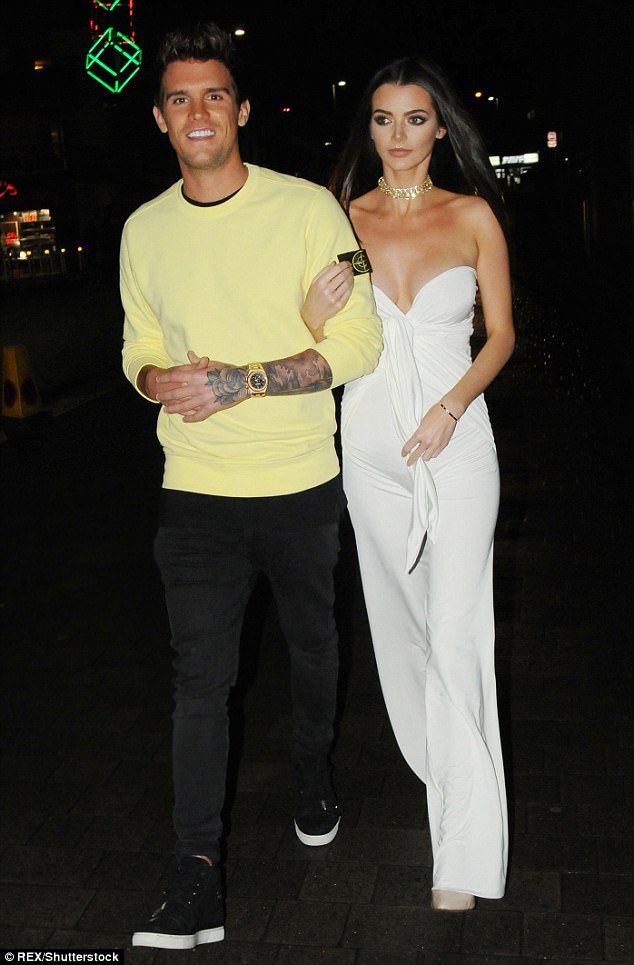 Cute couple: Gaz and Emma began dating in August 2016, but they briefly split in May 2017 after she branded him a ‘cheat and liar’, before they rekindled again