Gary Lineker is a hypocrite. But I do think much of the moralising on Qatar is way over the top

Football World Cups don’t usually bring out the best in people. Yet I wonder whether any previous tournament has revealed so much hypocrisy, rudeness and general idiocy.

The latest culprit is football pundit Gary Lineker. That is the same Gary Lineker who is, by a wide margin, the BBC’s most generously paid employee.

Before the start of the World Cup, Gary indulged himself with a sententious monologue about the shortcomings of the Qatari state in relation to LGBT and women’s rights, and the appalling treatment of migrant workers, many of whom died in building Qatar’s new stadiums.

Very few people in this country will have disagreed with Gary’s tirade, although I doubt whether the opening ceremony (not all of which the BBC chose to cover) was the right moment for him to deliver it.

The latest culprit is football pundit Gary Lineker (pictured). That is the same Gary Lineker who is, by a wide margin, the BBC’s most generously paid employee

If he were the Archangel Gabriel, he might just about have got away with it. He’s not. The Mail has discovered that the towering moralist Gary Lineker has worked very lucratively for the Gulf state’s sports broadcaster.

Gary values his creature comforts, and his contract with Al Jazeera included ‘minimum five-star hotels’ and first-class flights if necessary. He is also said to have insisted on a one-week holiday every February to allow for his customary trip to Barbados.

By the way, although he was working for the BBC at the time, and being paid a king’s ransom out of licence payers’ money, he was entitled under the terms of his contract to work for other broadcasters. Auntie doesn’t like Gary to go without.

Sources close to the pundit say he terminated the contract when it became clear what was going on in Qatar. I see. After four years, he suddenly noticed that LGBT and women’s rights there were not all they should be, and decided to cast his net in other waters.

Oh, Gary! How could you? The nation looked up to you. We hung on your every word. We welcomed your moralising about all manner of things. And now you have been exposed as a prize hypocrite.

A prize hypocrite who recently told BBC Radio 4’s The Media Show: ‘I’m not here to support the World Cup. I’m here to report it. I’m not here taking any Qatari money.’ This last claim was perhaps a dig at fellow pundit Gary Neville, who is openly working for a Qatari broadcaster. 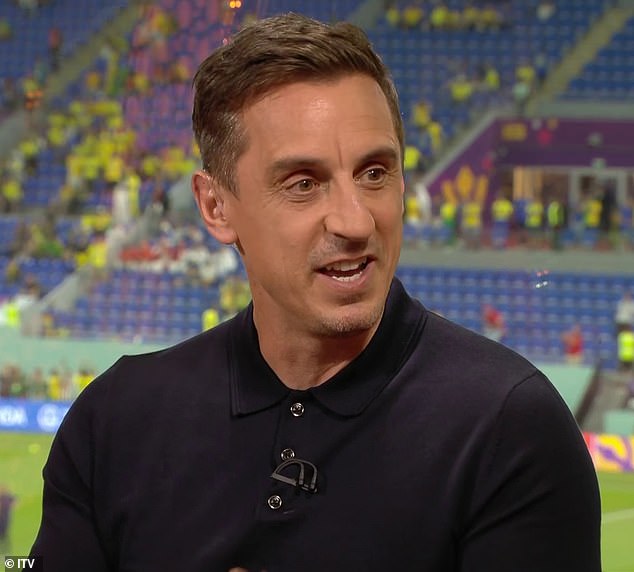 Gary Lineker perhaps also made a dig at fellow pundit Gary Neville (pictured), who is openly working for a Qatari broadcaster

What Gary Lineker told The Media Show was, of course, absolutely true. He isn’t in Qatar to take their money. He just happens to have done so in the fairly recent past.

Let’s not be too harsh on him, though. For he is merely the most egregious of many virtue-signalling offenders who want us to know how distressed they are by the nature of the Qatari regime.

I certainly don’t much like the look of the place. If forced to travel there, I doubt I would personally fall foul of its restrictions on LGBT and women’s rights, but I shouldn’t at all like the widespread prohibition on alcohol.

It is surely inarguable that Fifa, the football world governing body, should never have awarded the World Cup to Qatar. But a lot of money is alleged to have changed hands, and a very rich and undeserving country landed the tournament.

That being so, shouldn’t those visiting the tiny state try to keep their feelings about it to themselves? It seems to me the height of bad manners — as well as evidence of a sense of cultural superiority — to visit a country and immediately start complaining about the way it is run.

Either don’t go there at all or, if you decide to do so, accept that not every place in the world conducts itself in the manner of the burghers of Weston-super-Mare.

Most of us wouldn’t be overjoyed if Qataris came to Britain and lectured us about inebriated young women being sick in city centres on Saturday nights, or lager louts urinating on the pavement. 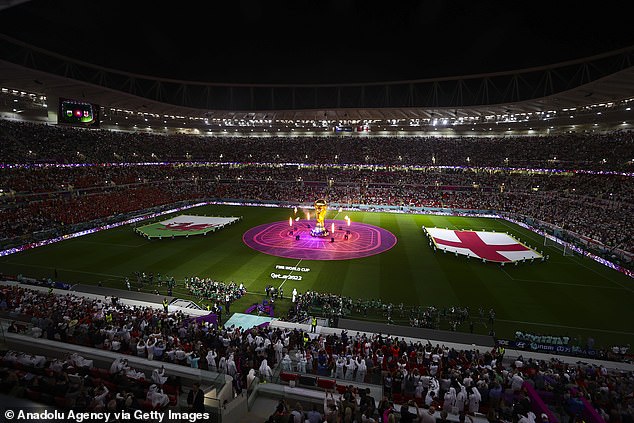 It is surely inarguable that Fifa, the football world governing body, should never have awarded the World Cup to Qatar. Pictured: Ahmed bin Ali Stadium in Al-Rayyan ahead of the England vs Wales match on Tuesday

It might even be — perish the thought! — that there are one or two aspects of Qatari society of which we might justifiably be envious. I’m sure, for example, that their rates of antisocial behaviour are much less than in our own troubled country.

As for suggestions that Qatar is riddled with corruption, they are pretty laughable in view of the allegations of slippery dealings among Western officials in awarding the World Cup to the state.

No, there is a lot of cant and misplaced superiority. And bullying. I can’t recall the Chinese being on the receiving end of so much hectoring before the 2008 Olympics in Beijing, or the Russians before the 2018 World Cup.

The human rights records of China and Russia are hardly superior to that of Qatar. Moreover, in all kinds of ways they threaten Western interests, which the minuscule Gulf state does not. How much easier — and safer — to pick on a small, harmless country that can’t answer back.

Although it pains me to say so as a perennial critic of his, Tony Blair was absolutely right when he told The News Agents podcast earlier this week that condemnation of the World Cup host was ‘over the top’.

He added: ‘I think it’s not sensible of us to disrespect Qatar . . . [The World Cup] is a huge event for the country. They are allies of ours, they do invest a huge amount in this country.’

The truth is that Qatari investments in the UK include the Shard skyscraper in London, Harrods, the Savoy and Ritz Hotels, and a major stake in Heathrow Airport. We are more than happy to pocket their billions. 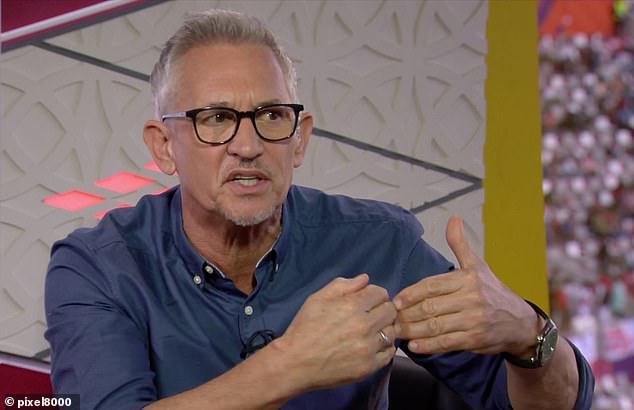 Let’s not be too harsh on Lineker, though. For he is merely the most egregious of many virtue-signalling offenders who want us to know how distressed they are by the nature of the Qatari regime

When the then Prince Charles was casting around for donors to his charities about ten years ago, he cheerfully accepted a holdall containing one million euros from Sheikh Hamad bin Jassim bin Jaber Al Thani, a former prime minister of Qatar.

Prince William, who is president of the Football Association, is reported to be unlikely to travel to Qatar to watch England play in the World Cup, because of the row over the country’s human rights record.

Fair enough. Yet when his dad was short of a million euros for his charities, he wasn’t too proud to turn to Sheikh Hamad, who once said that Qatar ‘maybe’ financed the Al-Nusra Front, the Syrian branch of Al-Qaeda, while he was in office, though he knew nothing about it.

Gary Lineker may be the worst offender — providing much innocent amusement for those of us fed up with his moral grandstanding — but he’s not the only one guilty of double standards.

Qatar shouldn’t have been awarded the World Cup, but it was. It is plainly a far from perfect country, but we are in no position to go on constantly lecturing it.

Couldn’t we agree to try to enjoy the football? You never know. England might just conceivably win.