Gary Lineker is set to strike a million-pound deal with ITV to host a new Sunday night quiz show following talks with the broadcaster’s executives, it has been reported

The former footballer is on the cusp of signing the deal after he was approached for the non-sport related show last autumn by ITV bosses, according to The Sun.

The new project comes months after the 59-year-old, who also presents Match Of The Day on the BBC and BT Sports’ Champions League, pledged to take a wage cut with the BBC.

Gary Lineker, 59, is set to strike a million-pound deal with ITV to host a non-sport related quiz show

A friend of the footballer told The Sun: ‘He’s a tried and tested presenter, and after internal research from the broadcaster which put Gary at the top of viewers’ ”most liked” polls, he was deemed to be the man for the job.

‘The timing was perfect as Gary had already volunteered to take a pay cut at the Beeb, so not only will he make this money up — he’ll do it with interest.

‘It’s an exciting new quiz show concept, non-sport related, and will see members of the public able to win vast sums of money. Everyone at the channel has high hopes.’

The show is reported to be broadcast next autumn.

The reports come months after the Match of the Day host offered to take a pay cut amid an ongoing row over the BBC’s pay structure.

The former striker, who was taking home £1.75million-a-year, agreed to reduce his salary and negotiate a new contract with the broadcaster after the corporation came under fire for axing free TV licences for those over 75.

Mr Lineker said: ‘I love my job at the BBC and I enjoy doing it. 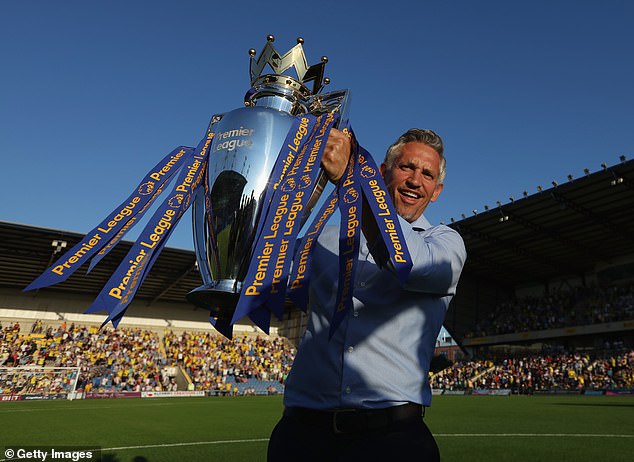 ‘I’m currently negotiating a new contract with them and I’m ­volunteering to take less,’ the Mirror Online reported.

The footballer’s moves echoed the steps of the former Radio 2 presenter Chris Evans who slashed his £2.2million pay packet in 2017 to £1.25million in 2019 – before he quit for Virgin Radio.

MailOnline has contacted ITV, a representative for Gary Lineker and the BBC for comment.