Match of the Day host Gary Lineker said the BBC licence fee should be voluntary, describing it as a ‘tax’ that viewers are ‘forced to pay’.

The presenter, who is the highest-paid star at the corporation, said he believes it would more beneficial for the fee to be higher, but something viewers opt into buying.

Lineker, who earns £1.75m-a-year from the BBC, presents Match Of The Day as well as BT Sports’ Champions League, has pledged to take a wage cut with the BBC as he negotiates a new deal.

He told the Guardian: ‘You’re forced to pay it if you want a TV, and therefore it’s a tax. I would make the licence fee voluntary.’

It comes as the BBC plans to make huge cuts including around £80m to its news divisions after the axing of Victoria Derbyshire’s BBC2 show last week.

Gary Lineker hosting MOTD. The ex-footballer, who is the BBC’s highest paid star, said he believes the licence fee should be voluntary

The government has previously said it is considering scrapping the licence fee or decriminalising not paying the £154.50 annual charge that every household currently forks out to watch live television.

These savings are part of a total restructuring of £800m across the BBC, including scrapping free licences for the over-75s.

Former Tottenham, Leicester and England forward, Lineker said he had long believed the BBC fee needs to be reformed.

He said: ‘I’ve always said for a long time, I would make it voluntary. I don’t know the logistics of how it would work.

‘You would lose some people, but at the same time you’d up the price a bit.’

Lineker, who won 80 caps for England during his football career, added that he believes the BBC licence fee should be increased if it were made into a voluntary payment.

The 59-year-old said: ‘It’s the price of a cup of coffee a week at the moment. If you put it up you could help older people, or those that can’t afford it.’ 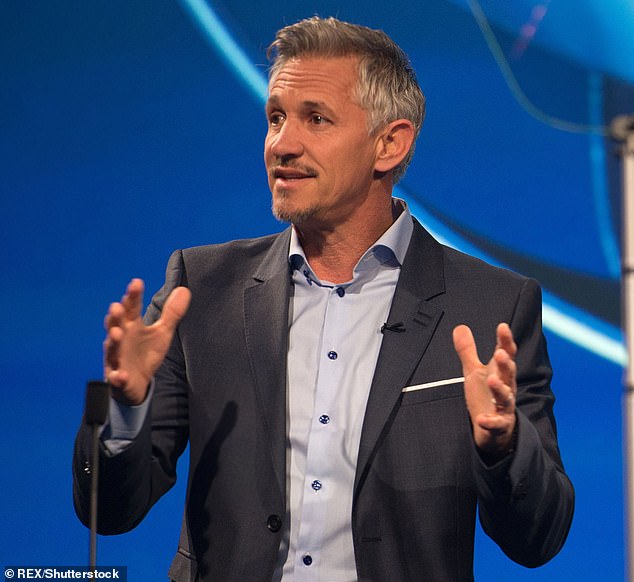 Lineker is currently negotiating a new pay deal and was linked to fronting a million-pound deal with ITV to host a new Sunday night quiz show.

During controversy over the gender pay gap last year, the BBC defended Lineker’s pay package, saying he was paid below the market average for top football presenters and pundits.

When asked about his own salary, he told the Guardian: ‘The public pay our salaries, so everyone is a target.’

He also said the corporation was ‘unbelievably respected around the world’, despite criticism of its political coverage, especially over Brexit and last month’s general election.

The BBC has warned decriminalising not buying a TV licence would cost the corporation £200m a year.

After director-general Tony Hall announced he would be stepping down last week, Boris Johnson is said to want the BBC to appoint a new chief who is ‘open and enthusiastic’ about reform in areas including the provision of free TV licences for the over-75s, decriminalisation of the licence fee and consideration of new funding models.