‘If I saw my manager react like that… I would be absolutely livid!’: Gary Lineker slams Jose Mourinho for his reaction to Rashford’s miss against Young Boys in the Champions League

Gary Lineker has hammered Jose Mourinho for his reaction to Marcus Rashford’s miss against Young Boys.

Rashford ran clean through on goal but with only the goalkeeper to beat he clipped the ball over the crossbar at 0-0.

Manchester United won the match 1-0 but Mourinho crossed his arms and looked away in disgust when the young English striker missed early on. 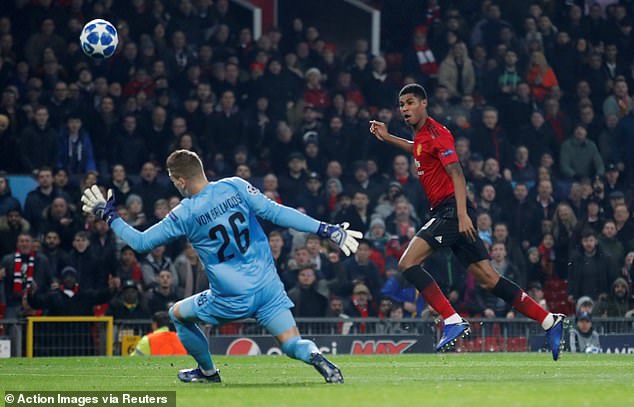 Former England striker Lineker wasn’t impressed and said on BT Sport: ‘If I saw my manager react like that, I would be absolutely livid!’

The miss didn’t prove costly as Marouane Fellaini scored a last-minute winner for the Red Devils in injury time to send the home side into the last 16.

The United boss was seen picking up a crate of sports drinks and throwing it on the floor when the Belgian midfielder scored. 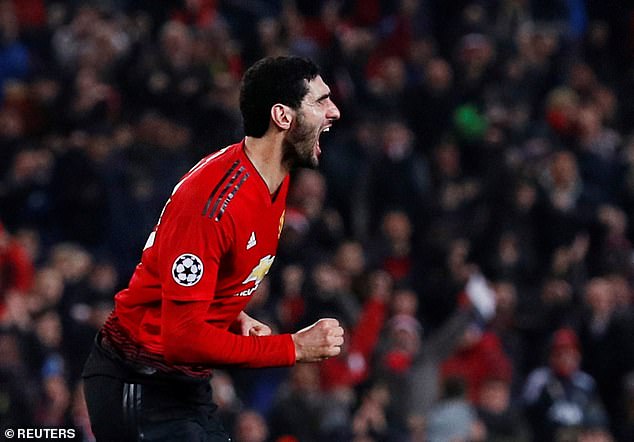 David de Gea made an excellent save when the game was goalless to stop the visitors from taking a shock lead.

Paul Pogba and Romelu Lukaku came off the bench but they didn’t appear to alter the momentum and Mourinho’s side were seconds away from drawing a blank in three consecutive European home games.

There were very few chances in the match as Mourinho’s side struggled to break down the Swiss side. 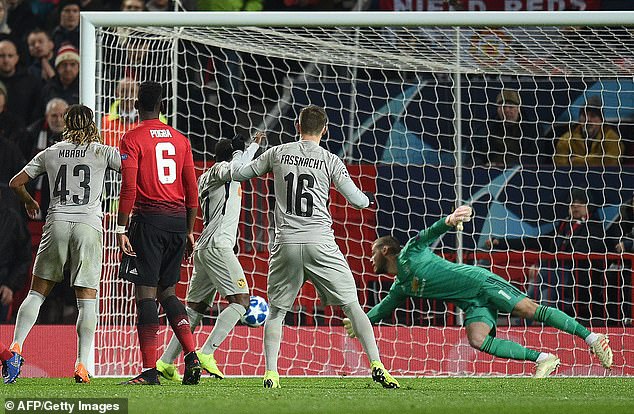 Big money-signing Fred started only his second Champions League game for the club and fired narrowly over in the first half.

Rashford was guilty of missing another chance as David von Ballmoos made a decent save to deny him.

Juventus won 1-0 against Valencia in the other game in Group H which meant they also qualified.