Gary Neville believes England’s route to the Euro 2020 final against Italy has been reminiscent of German sides from the past.

England started the tournament in a slow fashion but have gradually improved in the knockout stages; producing scintillating performances to beat Germany and Ukraine before grinding out a hard fought win over Denmark in the semi finals.

The Three Lions have conceded just one goal in the competition so far and Neville hailed the gradual progress Gareth Southgate’s side have made throughout the tournament; highlighting their impressive defensive record. 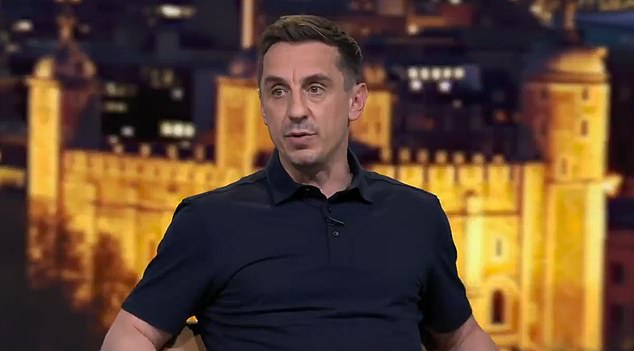 ‘They’ve found an answer all the way through. This is almost German-like, how we’ve gone through this tournament. Started off quite slowly, methodically, pragmatic, keeping clean sheets, doing what we needed to do then getting better as the tournament goes on. ‘ He said whilst speaking on ITV’s Euro 2020 Final Preview show.

‘Little bit of good fortune in the semi-final, which we always felt the Germans had against us in 90 and 96. This is something we’d be lauding if it was another country. The performances they’ve put in. The way they’ve kept clean sheets. I can’t believe the defence has kept five clean sheets.

‘It’s unbelievable, the improvement in them is incredible. Gareth has managed that team to a point you trust them completely defensively. I didn’t trust them before the tournament, so I hold my hands up.’ 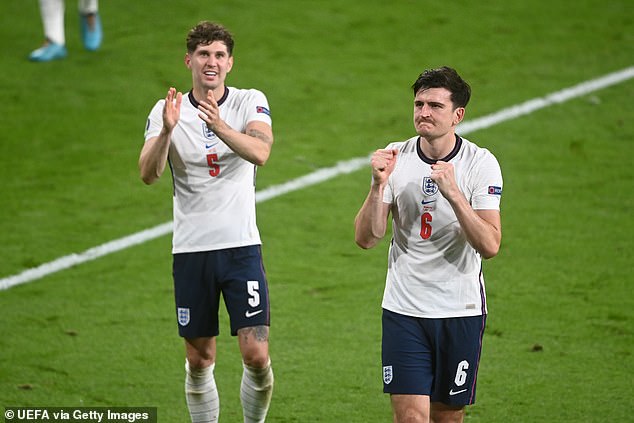 Neville did highlight England’s defence as an area of concern before the tournament started, indicating a lack of depth in defensive areas.

‘Talk about the flair players at national teams that win tournaments but ordinarily they have the best defences and that’s where I think England really are lighter than they are in those attacking options.’ He told Sky Sports prior to England’s first game against Croatia.

‘It is a concern particularly when you come up against the top nations who’ve got experience who will wait and have patience in games who will wait for that one moment.

‘I think England will have to be at full tilt and that’s not just the defenders, the goalkeeper is going to have to have a great tournament and the two that sit in front of that back four or five are going to have to also really play well and I think that’s the chance that England have.’