Gary Neville gives Jamie Carragher the finger as Liverpool legend jokes about new trophies being added to their collection… before former Manchester United defender nearly walks into the home dressing room by mistake!

Former foes Jamie Carragher and Gary Neville clashed again on Sunday afternoon as the former Manchester United mainstay interrupted the Liverpool legend in the tunnel at Anfield and shut down his showboating by showing him the finger.

Carragher was claiming bragging rights while wandering behind the scenes at the stadium where he made many of his 737 appearances for the Premier League leaders when fellow Sky Sports pundit Neville saw red.

Fans watched live on Carragher’s Instagram as the proud Liverpudlian boasted about the depictions of Liverpool’s trophy wins on the walls before Neville gestured at him and strode theatrically past looking distinctly unimpressed.

Liverpool have surpassed United’s haul of 42 trophies and further increased their lead by winning the Super Cup and Club World Cup this season, and Neville’s humiliation continued as he mistakenly headed towards the home dressing room – leaving Carragher loudly laughing.

A club official opened the door towards the changing rooms for Neville before the former United defender realised his mistake and was forced to turn back and pass Carragher again.

Carragher reacted in hysterics, asking Neville: ‘Where are you going – the Liverpool changing room?’

As viewers added to the gloating, Neville offered a word of derision to his colleague while Carragher concluded: ‘Perfect.’ 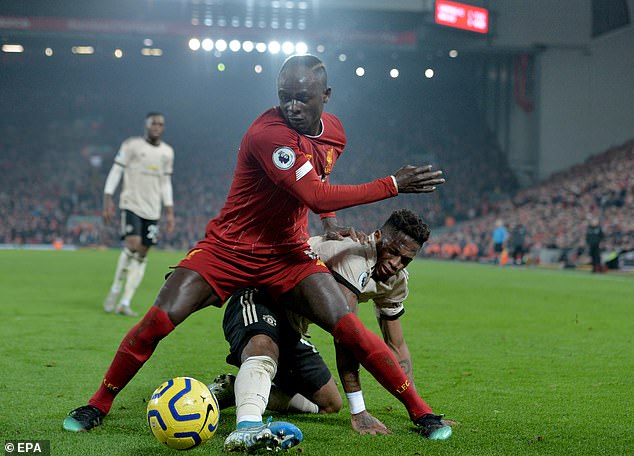 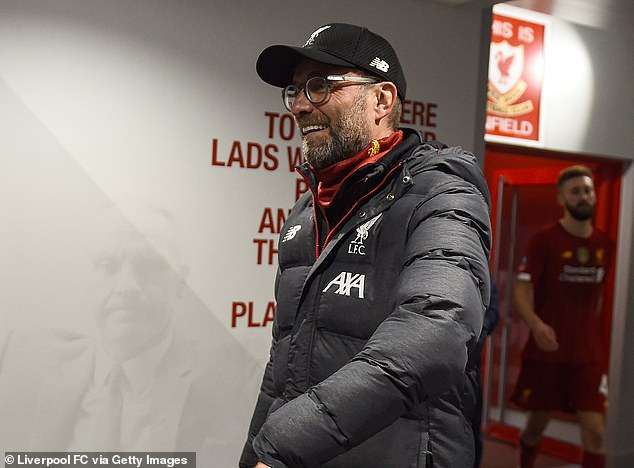 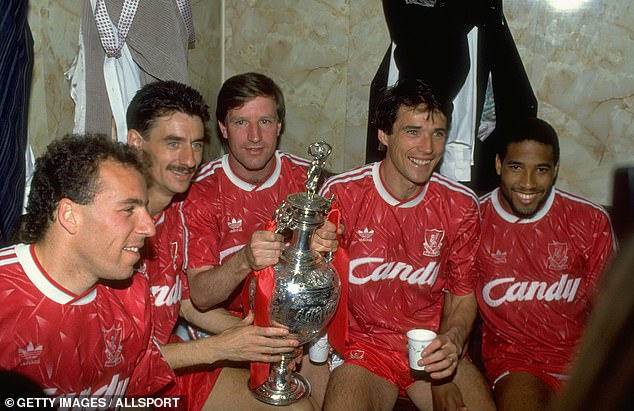 Both players are popular and outspoken regulars in the TV studio but Carragher might never have expected to have the last laugh when he played during a period of prolonged domination for United under formidable former manager Sir Alex Ferguson.

While Liverpool won the Champions League in June, United have now gone more than two years without winning a trophy – and even that victory, seeing off Europe’s also-rans to win the Europa League in 2017, demonstrates how far they have fallen in recent times.

FIFA Club World Cup: ‘We’re in that again in a couple of years, as well. We’re the world champions so it’s looking good, isn’t it?’

Carragher won 11 trophies in a 25-year youth and senior career with his beloved club.

Although the long-serving stalwart never won the Premier League, he was a key part of the side that produced one of the most memorable comebacks of all time to win the Champions League in 2005 after Liverpool had been 3-0 down to AC Milan at half-time.

Neville has eight Premier League trophies and two Champions League wins within his 20-trophy collection, spending 20 years at Old Trafford and, in common with Carragher, being a one-club man.

Neville’s ignominy worsened soon after the match between the two rival heavyweights began on Sunday afternoon, with defender Virgil van Dijk heading Liverpool into an early lead that could send them 16 points clear at the top of the table.

Barring a mammoth defeat, United will end the day fifth in the table. Even if they win, Ole Gunnar Solskjaer’s inconsistent side will languish a chasmic 27 points behind Liverpool, who seem certain to storm to Premier League glory for the first time since 1990.