Gas stoves are leaking dangerous – potentially cancer-causing – chemicals into the home even when they are turned off, a shocking new study finds.

Researchers from PSE Healthy Energy found that stoves in California were emitting 12 hazardous chemicals, including benzene, which is a carcinogen.

The highly dangerous chemical was found in 99 per cent stoves tested for the study, making the problem near-universal.

It has been linked to leukemia, non-Hodgkin lymphoma and a variety of other dangerous health conditions.

Contamination in the household air was up to seven times what health officials consider to be acceptable exposure levels.

Experts have warned against the use of these stoves, both for their environmental impact and the in-home pollution they expose residents to.

Previous research found that having a gas stove in the home can cause as much air pollution as a highway and especially cause harm to children with asthma.

Researchers found the prevalence of 12 dangerous chemicals in gas stoves. Hexane, which has been linked to nerve damage, was the most prevalent. The cancer-causing benzene was detected in nearly every stove in the sample as well. 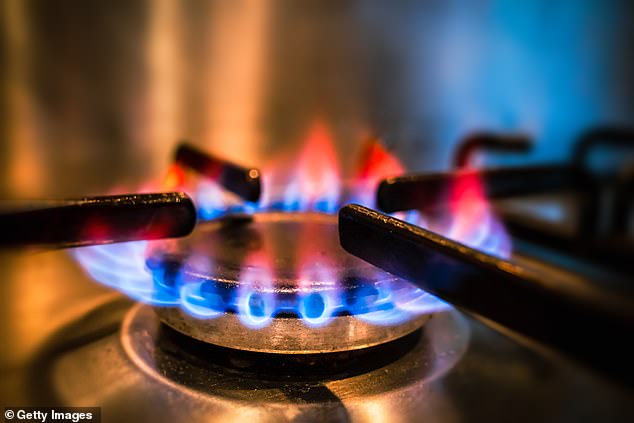 Gas stoves are in around 40million Americans households, meaning millions could be exposed to these dangerous chemicals without even knowing it (file photo) 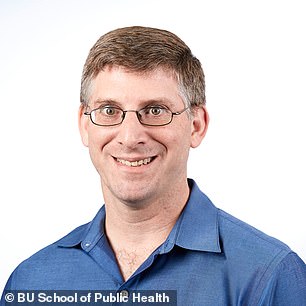 Dr Jonathan Levy (pictured), a professor at Boston University, recommends for the 40 million American households still with a gas stove to make the switch to electric

Researchers, who published their findings Thursday in Environmental Science and Technology, gathered gas samples from 159 stoves across 16 California counties.

They also used a model that calculated to average exposure to chemicals by using the size of the kitchen, ventilation and the amount of chemicals being leaked.

Benzene, the most dangerous chemicals of the bunch, was found in nearly every stove.

Hexane was found in the highest concentrations, with an average of around 7.5 parts per million by volume (ppmv) in the household air.

The compound is known to cause permanent weakness and nerve damage in the feet, legs and hands of people who suffer long-term exposure.

It is also linked to symptoms like muscular weakness, eyesight issues, headaches, fatigue and other problems, the Environmental Protection Agency (EPA) warns.

Cyclohexane, a chemical that can cause burns and irritation of the nose and throat was the second most common chemical – at 5ppmv.

Benzene – the cancer causing chemical found in paint and glues

Benzene is a cancer-causing chemical, also known as a carcinogen, that is widely used in manufacturing in the US.

It is used in the creation of plastic, nylon, rubbers, paint and glue products.

It can also be found in tobacco smoke, motor vehicle exhaust and industrial emissions.

Long-term exposure to the chemical has been linked to severe damage to a person’s blood.

In has been linked to blood cancers like leukemia and non-Hodgkin lymphoma.

The chemical has also been linked to anemia.

There was just under 2ppmg on benzene found in each stove unit.

The gas in considered to be a carcinogen, having been linked to leukemia and other blood-based cancers.

It is sometimes found in glues and paint products, and smokers are also at risk of being exposed to it.

‘Anywhere natural gas is leaked, hazardous air pollutants are likely being released, as well,’ Dr Kelsey Bilsback, co-author of the study and scientist at PSE said on a media call.

He warned that they were significant sources of NO2 exposure – alongside the other chemicals.

‘[NO2] is a byproduct of fuel combustion,’ Dr Levy explained.

‘Nitrogen dioxide exposures in homes have been associated with more severe asthma and increased use of rescue inhalers in children.

‘This gas can also affect asthmatic adults, and it contributes to both the development and exacerbation of chronic obstructive pulmonary disease.’

Benzene could be being emitted by a person’s switched off stove as well.

The amount of benzene coming from the stove is limited, though, and does not reach levels considered to be toxic by health officials.

There are still worries over continued exposure, though.

Most recently available data from 2015 estimates that around 40million US households are using a gas stove – or nearly a third of homes in the country.

This means that a large portion of Americans may be unknowingly exposed to dangerous chemicals on a consistent basis without even knowing.

Dr Levy, like many other environmental health experts who have long warned against usage of these stoves, believes that the potential health risks should be enough to push people into making the switch to an electric device.

‘In my view, even if you’re not driven to reduce your carbon footprint—or you’re just seeking ways to cook pasta faster—the opportunity to have cleaner air inside your home may be a strong motivator to make the switch,’ he said.