Gavin Williamson risked igniting a diplomatic storm yesterday by claiming there is no point in Britain listening to Emmanuel Macron.

The Defence Secretary took aim at the French president amid growing concerns in London at his increasingly hostile Brexit strategy.

The intervention came after Mr Macron threatened to launch strikes on the Syrian government for allegedly using chemical weapons against civilians.

But the senior Cabinet member, who is tipped to be a future Prime Minister, said that the UK felt no need to ‘copy’ decisions in neighbouring countries.

‘What is the point in listening to French politicians,’ he said.

‘We have our own foreign policy, we don’t need to copy [others].’

The comments will raise concerns about tension between the UK and France, who are close military allies and the only European countries with a permanent seat on the UN Security Council.

The warning followed claims that Syrian government forces dropped a chlorine bomb from a helicopter on Saraqeb, a rebel-held town, earlier this month.

The Syrian Government yesterday denied the accusations, while Mr Macron said that French officials had yet to find any the necessary evidence to launch a strike.

While the UK is highly engaged in launching air strikes against Islamic State forces in the country, it has steered clear of attacking Government troops.

Mr Williamson yesterday said that he would ‘dutifully study’ Mr Macron’s comments but refused to be drawn on a change in the UK’s policy. 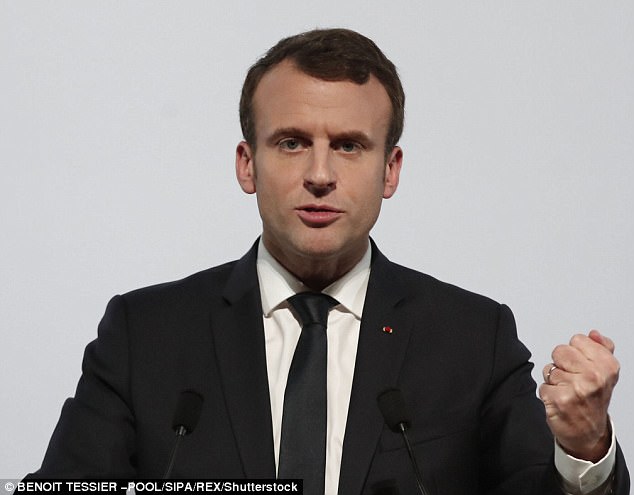 Mr Williamson’s dismissal of Mr Macron during a ministerial meeting at NATO’s Brussels headquarters will stoke fears that ties between Paris and London are under strain.

Although Mr Macron and the Prime Minister promised to work together during a recent summit, sources have said there is growing unease at France’s hard-line position on Brexit.

Several other EU member states have raised concerns about the aggressive approach being driven by French officials during closed-door meetings to devise the bloc’s negotiating position. 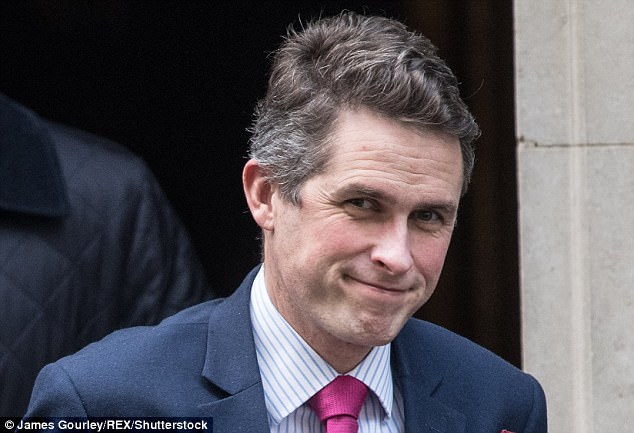 The comments will raise concerns about tension between the UK and France, who are close military allies and the only European countries with a permanent seat on the UN Security Council. Pictured: Gavin Williamson

The defence secretary used yesterday’s meeting to hold clear the air talks with his US counterpart James Mattis over the fate of two British members of ‘the Beatles’ terror cell.

The US has called for Alexanda Kotey and El Shafee Elsheikh, who were recently captured after helping Mohammed ‘Jihadi John’ Emwazi, to be returned to their home countries for trial.

But Mr Willamson yesterday insisted that the UK would not allow the Islamic State fighters back into the country, while dismissing a deepening rift with the US.

The Tory minister said: ‘There is no disagreement. We’ve just been with one another and had an exceptionally productive meeting.

‘The United States has been one of our closest and longest-standing allies.’

Addressing the possibility of the captured fighters being turned back over to the UK, he said: ‘These people are quite happy to incite violence and hatred on the streets of Britain.

‘Do I want them back in Britain? No I don’t. These people have turned their back on British ideas, British values.’