Gavin Williamson has revealed that Moscow has been photographing power stations

Moscow claimed Gavin Williamson had ‘lost his grasp on reason’ tonight after the Defence Secretary said Russia was plotting to kill thousands of Britons in a cyber attack.

Mr Williamson has revealed that Moscow has been photographing power stations and may be planning to damage the British economy and infrastructure.

He said that Russian president Vladimir Putin could target interconnectors, which link power between countries, potentially leaving millions of homes without electricity.

The Russian defence ministry ridiculed the claims as Major General Igor Konashenkov said the comments were like something of a Monty Python sketch.

The general told Russian news agency Tass: ‘Gavin Williamson in his fiery crusade for military budget money appears to have lost his grasp on reason.

‘His fears about Russia getting pictures of power plants and studying the routes of British pipelines are worthy of a comic plot or a Monty Python’s Flying Circus sketch.’

In his warning, Mr Williamson said just because the Russian would not land troops in Brighton or Scarborough the threat had not diminished.

He said: ‘They are going to be thinking, ‘How can we just cause so much pain to Britain?’

Britain has three gas and four electricity interconnectors. It is believed up to eight million homes will be reliant on the international connections in the next few years. 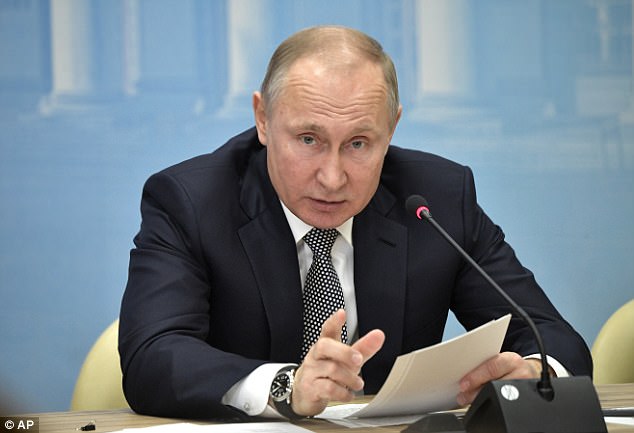 The Defence Secretary said the Russians could also launch missiles at the UK.

According to Ciaran Martin, chief executive of GCHQ’s National Cyber Security Centre, recent Russian cyber hacks have been on the energy sector.

On Monday the head of the Army said Britain needed to ‘keep up’ with Putin’s growing military strength or see our ability to take action ‘massively constrained’.

General Sir Nick Carter told the Royal United Services Institute think-tank: ‘The time to address these threats is now, we cannot afford to sit back. Our ability to pre-empt or respond to threats will be eroded if we don’t keep up with our adversaries.

‘We must take notice of what is going on around us or our ability to take action will be massively constrained.’ 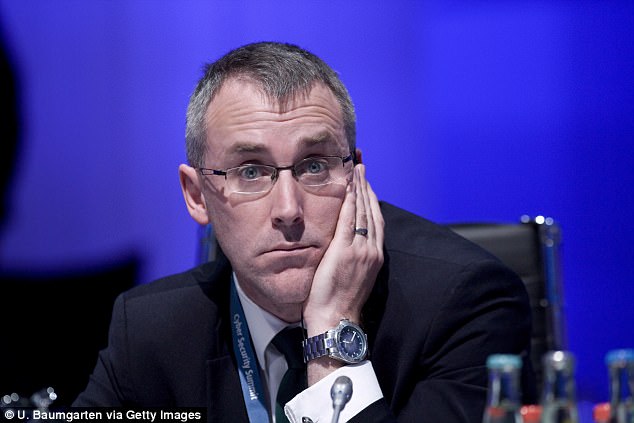 According to Ciaran Martin (pictured), chief executive of GCHQ’s National Cyber Security Centre, recent Russian cyber hacks have been on the energy sector

Last week RAF jets had to be scrambled to see off Russian bombers heading for UK airspace, while the number of Russian submarines in the North Atlantic is at its highest since the Cold War.

Many of the underwater cables that link our internet and phone networks to the rest of the world are in the Atlantic.

Last month Air Chief Marshal Sir Stuart Peach said: ‘Can you imagine a scenario where those cables are cut or disrupted which would immediately and potentially catastrophically affect both our economy and other ways of living.

‘Therefore we must continue to develop our maritime forces with our allies to match and understand Russian fleet modernisation. If we don’t change with the threats we face, we risk being overmatched.’

In November, Theresa May warned that Russia was meddling in elections and planting fake stories in the media in a bid to ‘weaponise information’ and sow discord in the West.