A gay, Chinese man asked a conservative Liberal Party minister on live television why his relationship was worth less than his marriage – leaving him speechless.

In an emotionally-charged confrontation on the ABC, Alexander Lau challenged Assistant Treasurer Michael Sukkar on why he would be voting ‘No’ to gay marriage.

‘So when you do go to cast your ballot of ‘No’, you are saying that your relationship is worthy of marriage and mine is not.’

Mr Sukkar, a 36-year-old married conservative Liberal MP from Melbourne, didn’t directly address the premise of Mr Lau’s question, but had a blank expression as the audience applauded.

‘We’ve already seen in this debate, we’ve seen everybody that holds a contrary view to you being shouted down,’ he said in response.

Mr Lau had opened his question by pointing out that his mother with ‘traditional Chinese views’ was voting ‘Yes’ in the same-sex marriage postal vote survey. 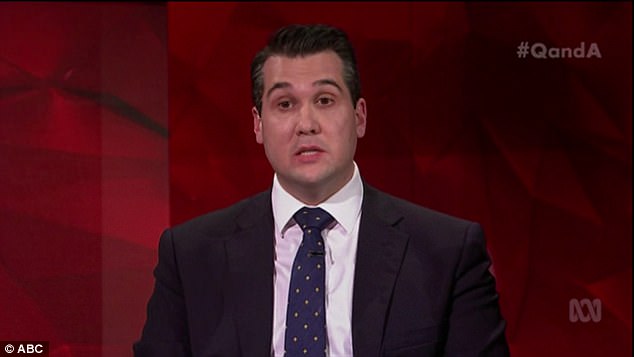 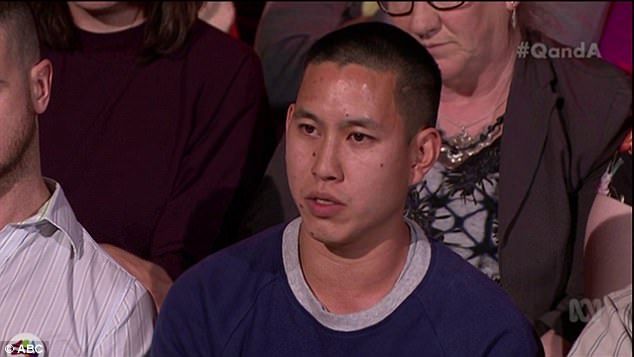 He continued by explaining how his Chinese relatives often declined to ask him about his homosexual relationships.

‘When I go to family functions, my relatives don’t ask about my relationships because they’re uncomfortable about the idea of it,’ he said.

‘They’re not hostile to my relationships or me as a person.

‘They’ll chat about other things and in their own way it’s accepting my sexuality in their way however my sister or my cousins, if they’re seeing someone new, they’ll have conversations with my aunts, uncles, cousins about my relationships.’ 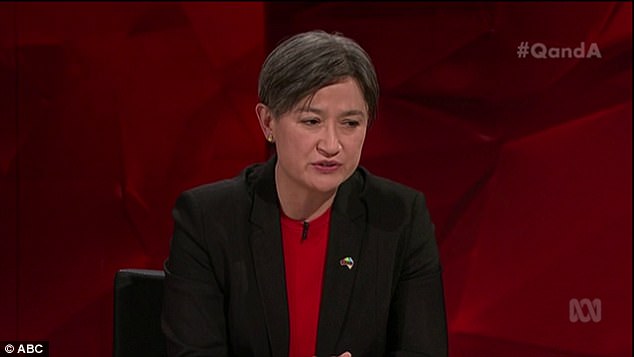 ‘For many parents, another legitimate concern is what their children will be taught in the same-sex marriage world in sex ed and gender theory,’ Mr Sukkar said.