Goal shooting sensation Maria Folau has confirmed she has joined the Adelaide Thunderbirds and South Australia for the 2019 Suncorp Super Netball season – but not everyone is thrilled.

Her rugby star husband made headlines earlier this year after saying God’s plan for gay people was ‘hell’. 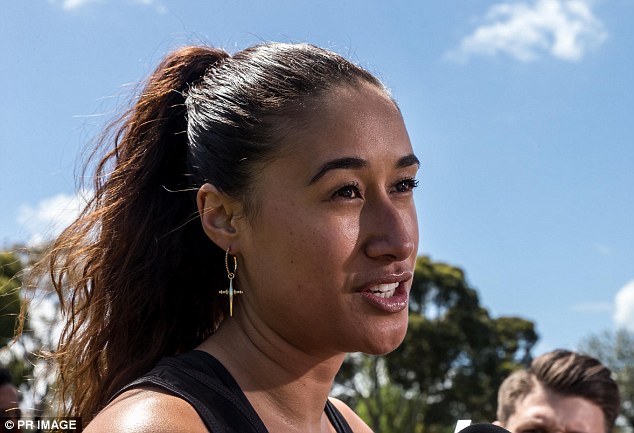 Despite the Silver Fern being one of the highest profile netballers in the world, fans have hit back at her recruitment due to her and her husband’s stance on the LGBTIQ community 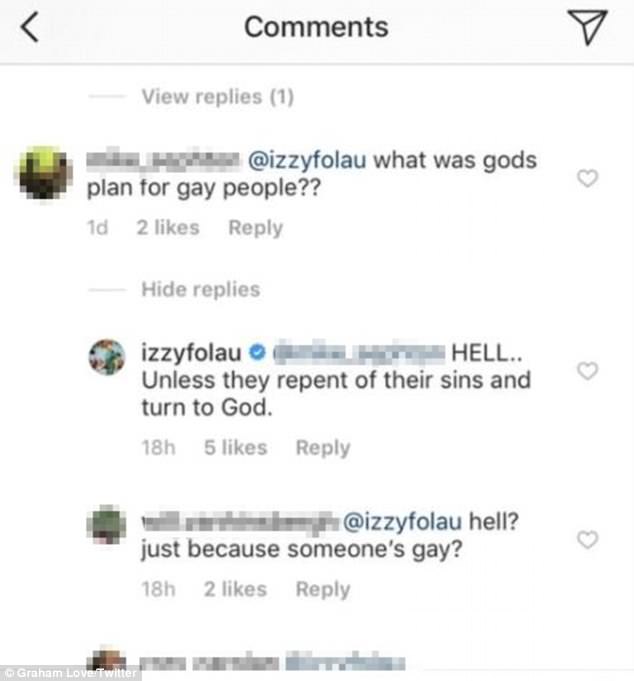 Despite the Silver Fern and Commonwealth Games Gold medallist being one of the highest profile netballers in the world, fans have hit back at her recruitment due to her and her husband’s stance on the LGBTIQ community.

After her husband’s controversial post in April, Ms Folau showed support, posting after ‘stand with god no matter what’ .

Social media was flooded with comments following the announcement that she had been signed with the team.

When goal shooting sensation Maria Folau was confirmed for the Adelaide Thunderbirds, some fans were unhappy. Many tweeted their disappointment

‘I love the Thunderbirds but I’m disappointed that Maria supports homophobia,’ one person said.

‘Disappointed Adelaide. Hope you have another winless year for this serious lack of decency,’ another person said.

‘I think Maria is a great player that could bring a lot to the club experience-wise, but I’m not going to lie… Her signing makes me deeply uncomfortable,’ another said.

At least some of Adelaide’s fans were a little more welcoming.

‘Embrace her as the legend player she is. People can still have opinions whether you agree with her opinion or not. I love watching her play,’ one supporter said.

Not all fans were unhappy though, some people thought embracing Maria Folau as a player showed their acceptance

‘mmmmmmm tricky! But I think ……. ‘If she can play – she can play’. Lets embrace her and show our acceptance of all people regardless of their ethnicity, beliefs ………. or sexuality,’ another person said.

Folau, a devout Christian, made the controversial comments in April, sharing on Instagram in reply to a question about God’s plan for gay people.

The Wallabies rugby union player made a post to his 337,000 followers about ‘God’s plan’ after he was sidelined with a hamstring injury.

‘What was gods plan for gay people??’ one commenter posted, to which Folau replied: ‘HELL… Unless they repent of their sins and turn to God’.

During last year’s same sex-marriage vote, Folau tweeted that he would not be supporting any change to the existing law.

‘I love and respect all people for who they are and their opinions, but personally, I will not support gay marriage.’

The former rugby league and AFL player copped backlash for his comments. 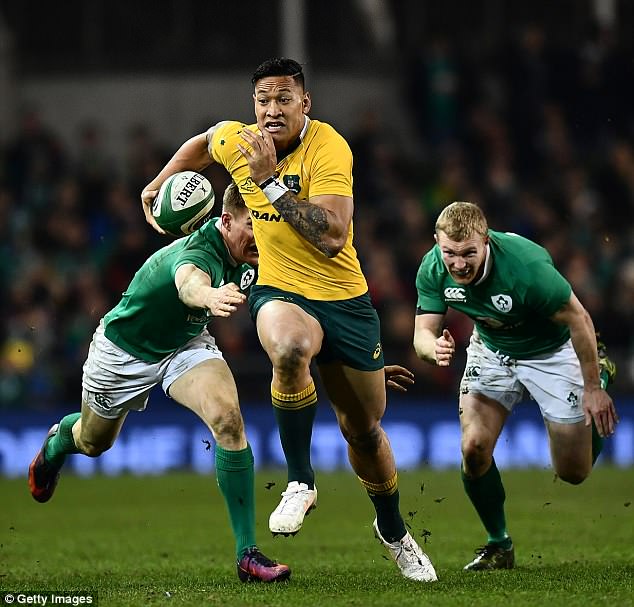 He was forced to meet with rugby bosses following the social media posts.

‘Israel’s comment reflects his personal religious beliefs, however it does not represent the view of Rugby Australia or NSW Rugby,’ Rugby Australia chief executive Raelene Castle has said.

‘We are aligned in our view that rugby is a game for all, regardless of sexuality, race, religion or gender, which is clearly articulated in rugby’s inclusion policy.’

‘We understand that Israel’s comment has upset a number of people and we will discuss the matter with him as soon as possible.’