A gay marriage supporter has been filmed launching into a foul-mouthed tirade against two ‘no’ voters in Melbourne.

The woman could be seen confronting two men holding Coalition for Marriage signs at the corner of Doncaster and Williamsons road, reportedly claiming she would ‘knock them out’ if she could.

One of the men involved, named as ‘Bobby Lupo’, uploaded footage of the encounter to Facebook on Thursday, writing that she allegedly ‘threatened to harass, stalk and assault’ the pair for their actions. 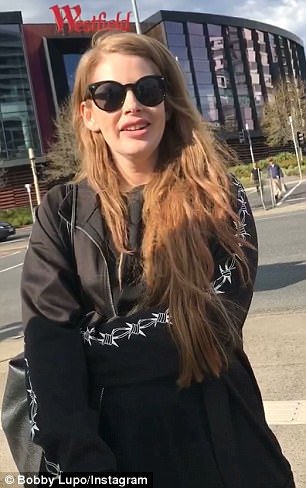 The footage shows the woman outside a Westfield shopping centre as she challenges the men, asking whether they had gay friends or ‘believed in God’.

When the man behind the camera responds that his choice was to side with ‘common law,’ the woman lashes out verbally.

The man continues to reply, stating that he respects the woman but would be voting no ‘because it is the democracy and the democratic right as a free country.’

The woman can then be heard saying the pair are ‘expressing hate’, before commenting that they had allegedly been ‘given a right you don’t deserve’. 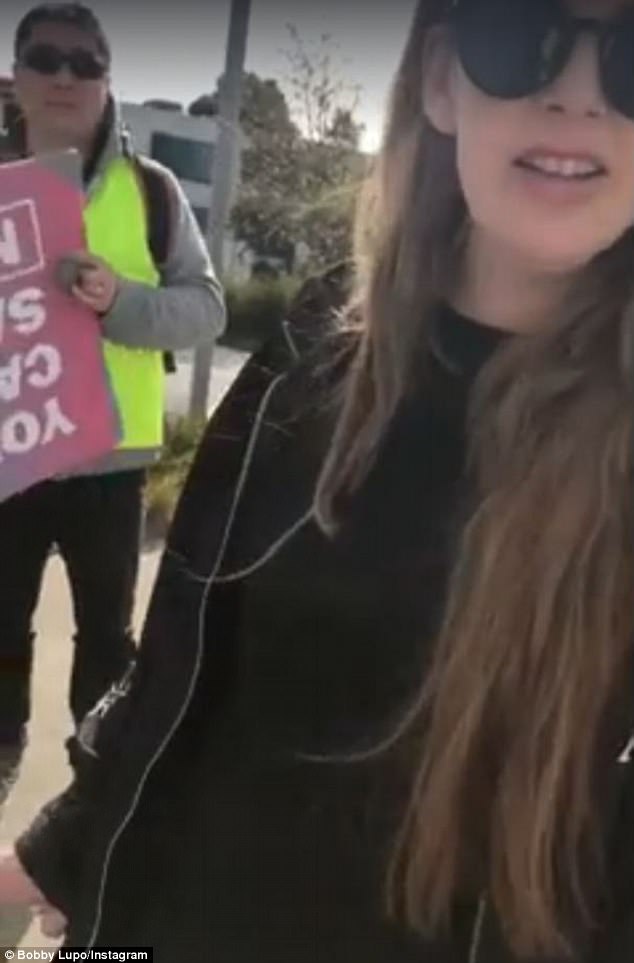 The woman confronted two men holding Coalition for Marriage signs about their views, allegedly claiming she would ‘knock them out’ if she could

‘Do you eat animals? You probably think you’re better than women to don’t you?’ she is heard asking the man.

‘What I’m saying includes everyone and what you’re saying excludes people.’

The man’s friend finally interjects, claiming the woman is entitled to say what she likes and pushes the man to end the exchange and walk away.

In one last comment, the woman states: ‘I don’t respect you. If I could knock you out and get away with it I would. Like flat out.’ 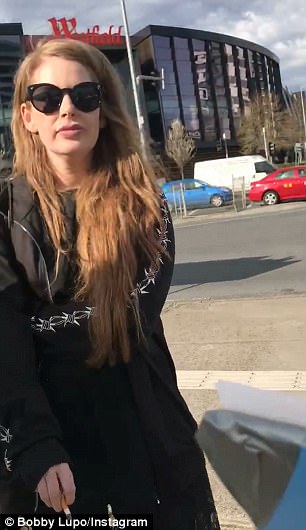 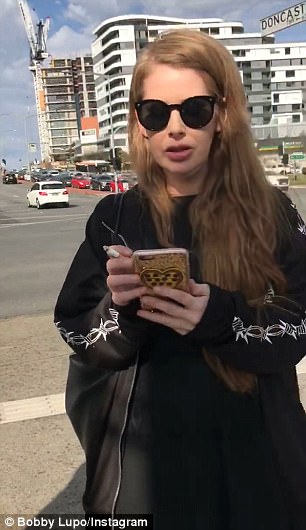 The footage shows the woman allegedly challenging the men, asking whether they had gay friends or ‘believed in God’

Mr Lupo uploaded the footage to social media following the encounter, with the video racking up more than 62,000 views.

In his caption he told people ‘you can say “no” on the marriage equality plebiscite’ and that he and his friend had simply been ‘peacefully’ carrying their posters.

‘We have been harassed and verbally abused by many yes voters, the one who stood out the most was a young woman,’ he wrote.

‘She got into our personal space and began verbally harassing us and threatened me.’

He also claimed the woman tried to follow the men back to their cars, but they avoided her by moving across the traffic islands.