Gay Mormon man who married a woman is getting divorced

A gay Mormon man who became famous after he remained married to his wife even after he publicly came out as homosexual has now revealed they are divorcing after 15 years.

Josh Weed made headlines in 2012 when he revealed in a blog post that he was a gay man married to a straight woman.

His wife Lolly admitted in the same post that she had always known Josh was same-sex attracted but they loved each other regardless and had an ‘extremely healthy and robust sex life’.

Now more than five years after that post, the Seattle-based couple – who have four daughters together – have announced they are separating.

Josh and Lolly Weed, of Seattle, announced on Thursday they are getting a divorce after 15 years of marriage. The couple share four daughters together

In a post on Thursday announcing their divorce, the couple also apologized to the LGBT community for any hurt their original post may have caused. At the time, their 2012 post had angered many who believed they were promoting internalized homophobia.

‘We’re sorry to any gay Mormon who even had a moment’s pause as they tried to make the breathtakingly difficult decision that I am now making – to love myself fully for exactly what God made me – because of our post,’ Josh wrote.

‘We’re sorry for any degree that our existence, and the publicity of our supposedly successful marriage made you feel ‘less than’ as you made your own terribly difficult choices.’

Josh said he realized about three years ago how important it was to love himself as a gay man and that they started to question if his sexual orientation wasn’t a mistake.

‘We had both promised to be together, to be a family. We are both true to our word, and we both adored in many ways the life we’d created together. We assumed God would never lead us to feel otherwise,’ Josh wrote. 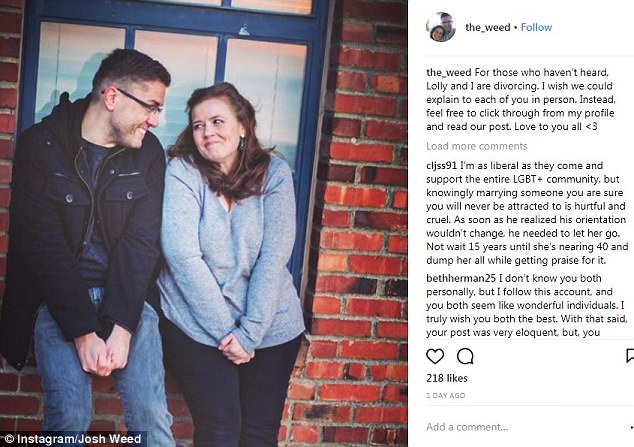 The couple announced their divorce on Thursday on social media. They made headline back in 2012 after publicly revealing in a blog post that Josh was gay but they were happily married 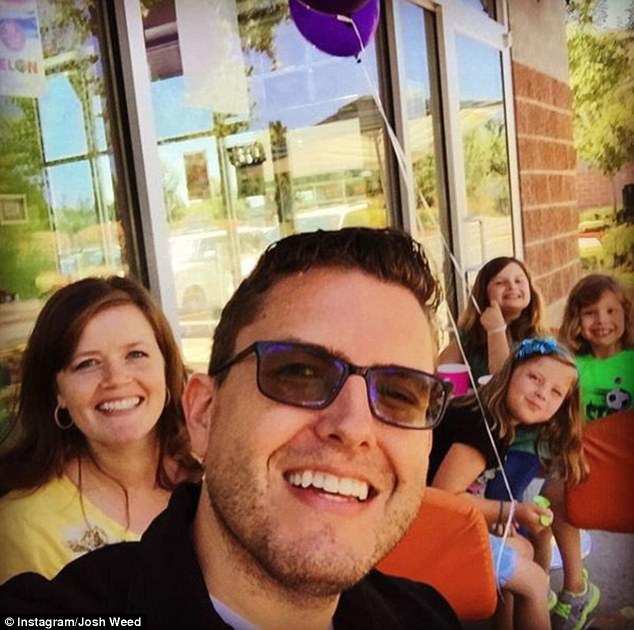 The couple say they plan to still remain a family and raise their four daughters together. They plan to buy a homestead together so they can all live side-by-side with potential new partners

‘It hurt us both very deeply, and we spent many long nights holding one another and weeping as we thought of the decades to come for us, neither of us experiencing real romantic love.’

Lolly said the absence of romantic attachment throughout their 15-year marriage had taken a toll on her self-esteem.

‘We were best friends, but he never desired me, he never adored me, he never longed for me. People who read our previous post might be confused because we mention having a robust sex life. That was true,’ she said.

‘We put forth a lot of effort and were ‘mechanically’ good at sex – and it did help us to feel intimate, and for a time that closeness did help us to feel content in our sex life – but I don’t remember him ever looking at me with passion in his eyes. 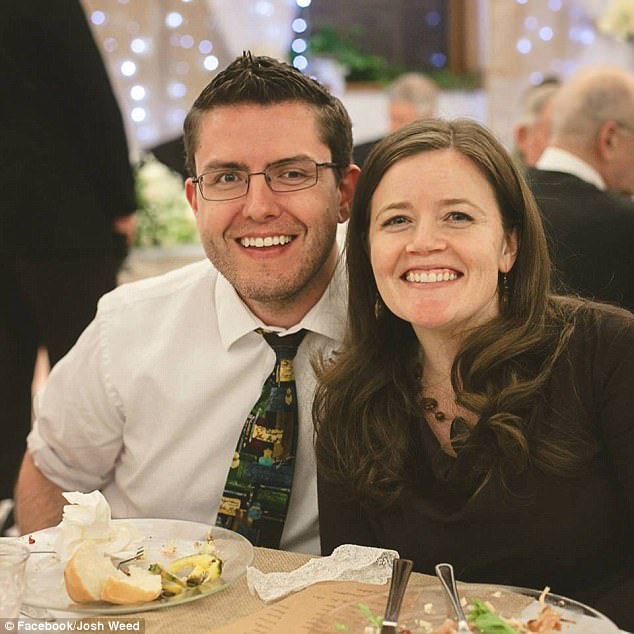 Josh Weed made headlines in 2012 when he revealed in a blog post that he was a gay man by was married to a straight woman. Josh told Lolly that he was gay when they went on their first date when he was just 16 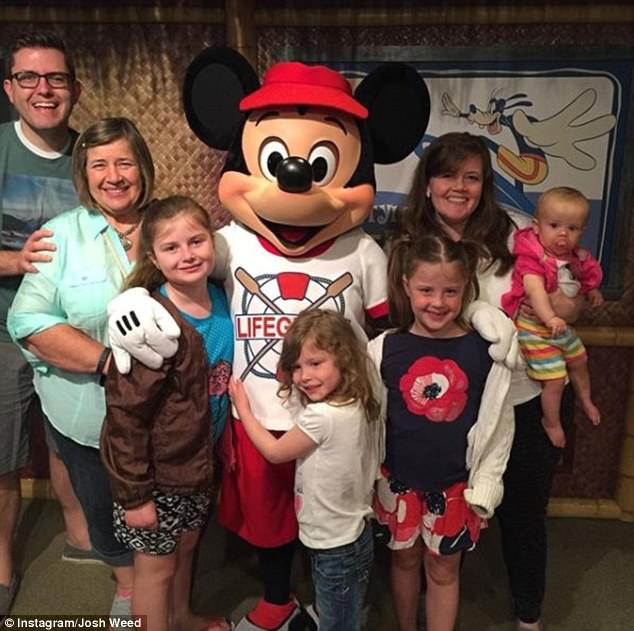 In a post on Thursday announcing their divorce, Josh and Lolly (above with their children) also apologized to the LGBT community for any hurt their original post may have caused

‘Josh has never looked at me with romantic love in his eyes. He has never touched me with the sensitive touch of a lover. Whenever he held me in his arms, it was with a love that was similar to the love of a brother to a sister.

‘This deficit started to mess with my self-esteem. I almost felt if only I could be thinner, prettier, sexier, maybe it would be enough to catch Josh’s eye, to help him want me in the way we need to be wanted by our attachment partners. In reality, Josh was GAY and it had nothing to do with me.’

The couple say they plan to still remain a family and raise their four daughters together.

‘We will be acquiring a property that will accommodate our family, and the addition of future partners if that time comes,’ Josh wrote.

The couple initially met when they were small children growing up in Utah.

Josh told Lolly that he was gay when they went on their first date when he was just 16.

In their coming out blog post, Lolly wrote that she knew she wanted to still be with Josh even thought he was attracted to men.