British tennis acquired a second semi-finalist at the Australian Open when Glasgow’s Aidan McHugh made it through to the last four of junior boys’ singles.

Appropriately enough he becomes the first GB player to reach this stage of a junior Grand Slam since Kyle Edmund did the same at Wimbledon 2013.

Edmund took to the Rod Laver Arena on Thursday morning for a practice ahead of the women’s matches, and then retired to his city centre hotel to rest up before his much-anticipated match against Marin Cilic. 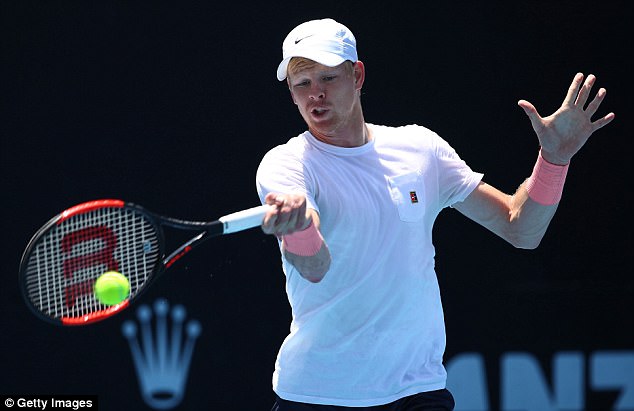 While he was doing that McHugh was brushing aside Australia’s Rinky Hijikata 6-2, 6-4 in their quarter-final.

He now meets the sixth seed, Taipei’s Chun Hsin Tseung, who knocked out the top seed.

McHugh, who is mentored by Andy Murray, planned to watch Edmund’s semi-final back at his lodgings prior to his match on Friday.

‘I’ve been watching the matches in the hotel when we go back,’ said McHugh.

‘Obviously if it goes too late, I just leave it and find out in the morning. I try and watch him as much as I can. 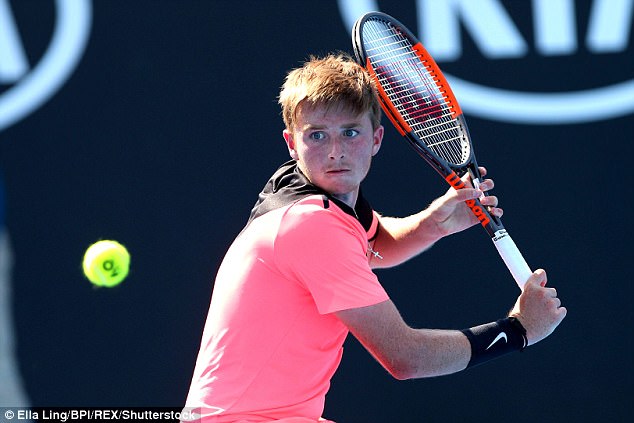 The 18-year-old Scot brushed aside Australia’s Rinky Hijikata 6-2, 6-4 in their quarter-final

‘I know him just a tiny bit. I practiced with him just once for a couple of hours. He’s quite a quiet guy but I know he works really hard and ticks all the right boxes for his training and things.

‘And the way he carries himself is really good so he’s finally getting some rewards at the high end of slams which is what he wants.

‘He doesn’t want to keep cruising at top 50, he obviously wants to keep trying to get higher and higher.

‘So it’s really good to see him doing well. Obviously it makes me want to do well as well.’

McHugh progressed despite not feeling he played his best match of the week: ‘ I didn’t play that amazing, like my best match but circumstances and things, sometimes it’s hard to play an amazing match. 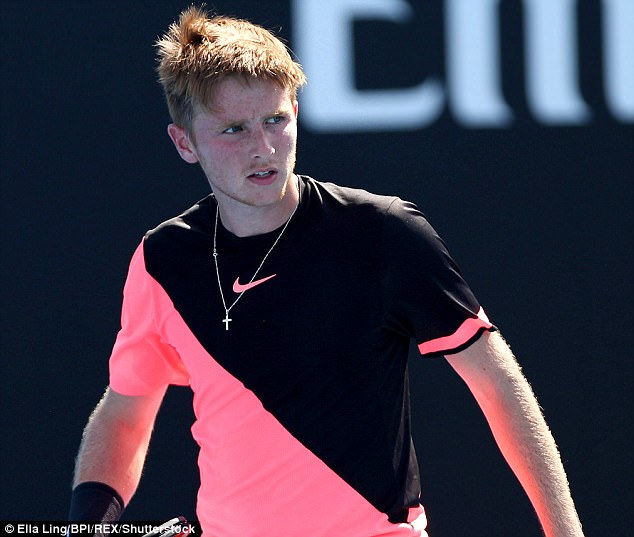 And he plays a lot different to the other guys, the giants that I’ve been playing.

‘It’s just a different type of match and I stayed pretty level the whole time so I was pretty happy with just how I was going about it.’

McHugh made a brief appearance on court at the Murray-Roger Federer charity exhibition in Glasgow in November, when Murray offered him his racket to play a few points versus the Swiss maestro.

‘Roger was really nice afterwards, he was laughing about it. I did tell him that I would get him next time.

‘I will need to try and do well quickly if I’m going to get a chance to play him, unless he is still going at 50.’