AFL star Gary Rohan has shared a cryptic post calling out damaging ‘rumours’ circulating about him after he left his childhood sweetheart wife and started dating his team’s physio.

The Geelong Cats forward, 30, split from his wife of four years Amie Rohan – with whom he shares two daughters – in July last year shortly after he entered the team’s Gold Coast coronavirus hub.

The couple separated just months after their youngest daughter Sadie was born in March 2020.

After his marriage broke down he started dating club staffer Madi Bennett, who had been flown cross-country to help Cats legend Gary Ablett Jr see out his final season.

Last month, the new couple were seen settling into family life as they went for a stroll around the picturesque coastal town of Port Fairy in western Victoria.

The athlete then on Thursday evening hit out at ‘rumours’ about his ‘personal circumstances’ in an impassioned post to his Instagram story.

Gary Rohan and his new partner Madi Bennett after a match in May. Rohan has shared a cryptic post calling out ‘damaging rumours’ circulating about him 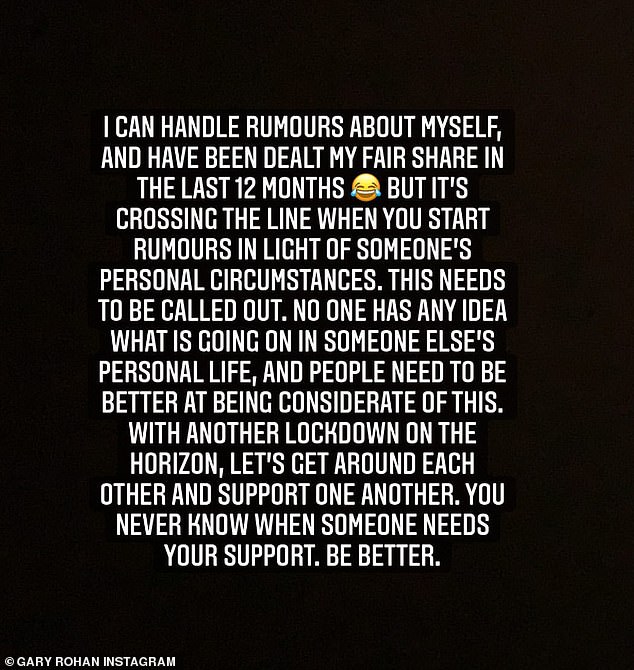 ‘I can handle rumours about myself and have been dealt my fair share in the last 12 months,’ he said.

‘But it’s crossing the line when you start rumours in light of someone’s personal circumstances. This needs to be called out.

‘No-one has any idea what is going on in someone else’s personal life and people need to be better at being considerate of this.’

He concluded the post by calling on Victorians entering their fifth Covid-19 lockdown in 16 months overnight to ‘get around each other and support one another’.

‘You never know when someone needs your support. Be better,’ he said.

Geelong star Lachie Henderson backed up his teammate on Friday morning on his own Instagram account by hitting out against the ‘vicious rumours’ circulating about his friend. 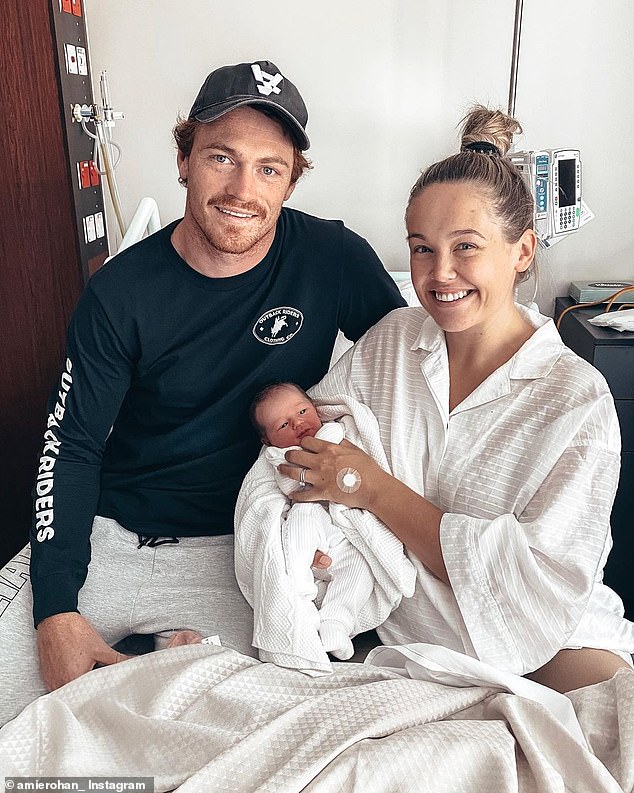 Amie Rohan pictured with her AFL husband Gary Rohan and their daughter Sadie. The couple separated just months after Sadie was born in March 2020 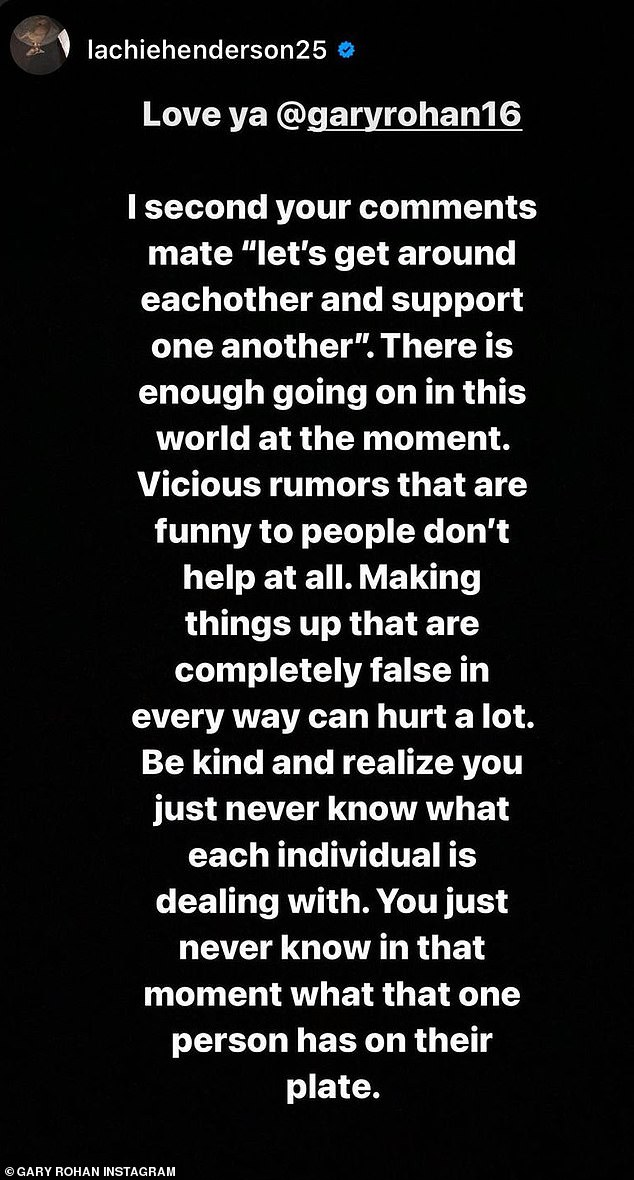 His ex-wife shared her own cryptic Instagram post earlier this month following the breakdown of her marriage.

She was clearly in an introspective mood late on July 7 when she uploaded a wise quote stressing the importance of moving on from ‘decisions you have made in the past’. 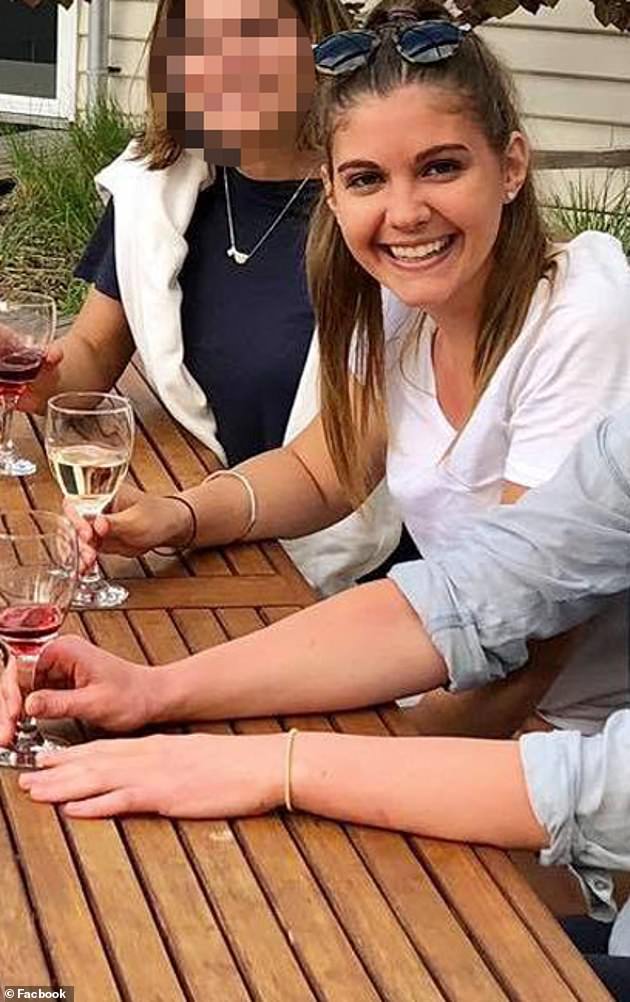 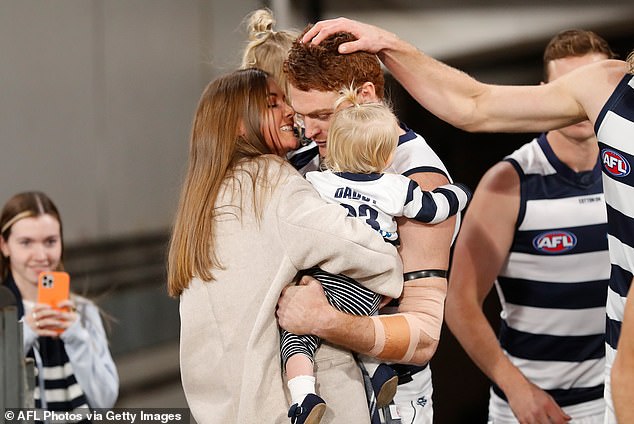 ‘It’s easy to look back and question decisions you have made in the past, but it’s unfair to punish yourself for them,’ the quote read.

‘You can’t blame yourself for not knowing back then what you know now, and the truth is you made each decision for a reason, based on how you were feeling at the time.’ 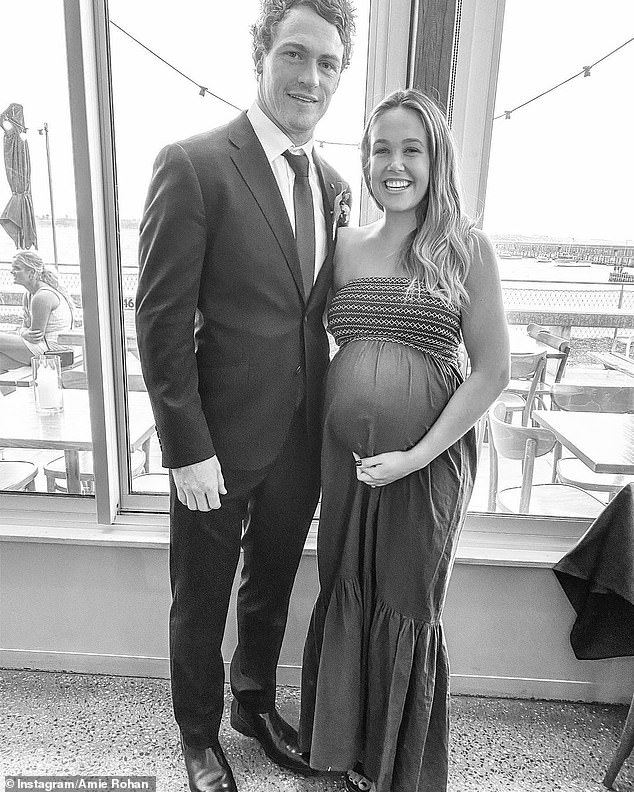 ‘Trust your journey; it’s all going to make sense soon.’

The footy star’s new partner was moonlighting as a Cats trainer and physio and working as a physiotherapist at BodyLab Health.

Ms Rohan was notably absent when many of the players’ partners and children joined them at the Queensland isolation hub last August.

She stayed in Victoria with their kids.

The Rohans’ marriage reportedly ended just months after their daughter Sadie was born in March last year. They are also parents to three-year-old Bella. 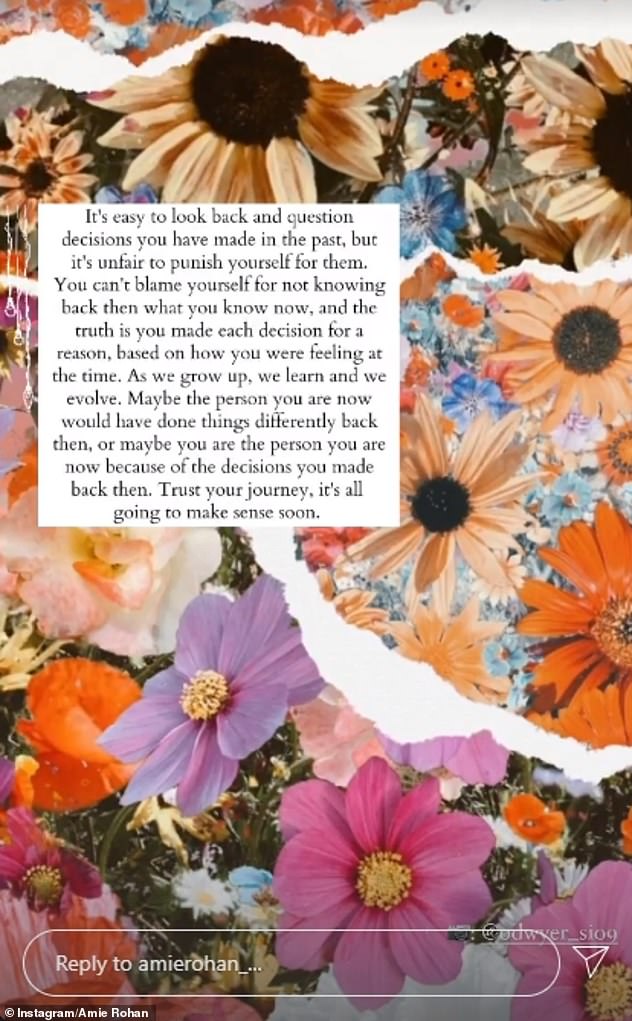 Acceptance: She was clearly in an introspective mood late on Wednesday night when she uploaded a wise quote which read in part: ‘You can’t blame yourself for not knowing back then what you know now, and the truth is you made each decision for a reason’

They had suffered unimaginable grief in 2018 when Willow, Bella’s twin, died five hours after birth due to a defect causing babies to be born without parts of the brain.

Following their break-up, Madi has taken on a stepmother role to her boyfriend’s children – doting on them on the sidelines at AFL games and taking them to the park.

Meanwhile, Amie has channelled her grief into mental health and child-loss awareness advocacy.