Geelong stars use poo-stained toilets, a live chook and a BABY as props for their ‘Mad Wednesday’ drinks… so what’s going to happen to the chicken?

The weird, wacky and wonderful were on display as Geelong Cats AFL stars donned their finest costumes and props at their end of season celebrations.

The minor premiers gathered at Melbourne’s Cremorne Hotel on Wednesday to let their hair down and drown their sorrows following their disappointing preliminary loss against Richmond at the MCG on Friday night.

Their season coming to an abrupt end a week earlier than hoped, the Cats have had a few days since to think about their outfits.

Gary Ablett Jr arrived with son Levi, who didn’t look too impressed about his cameo as baby Carlos from The Hangover 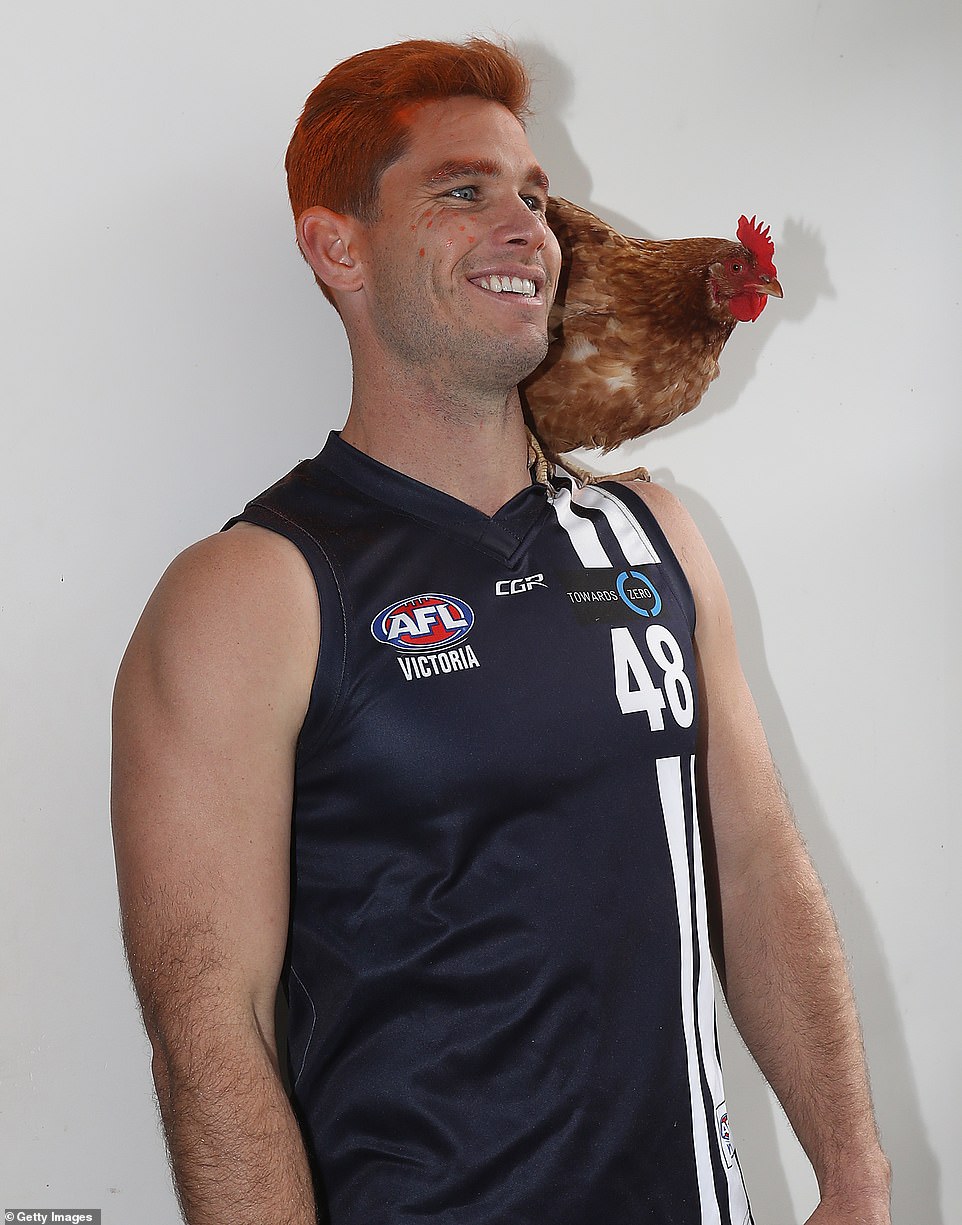 Cats star Tom Hawkins arrived donning a Victorian jersey and for reasons unknown, a rooster perched on his shoulder 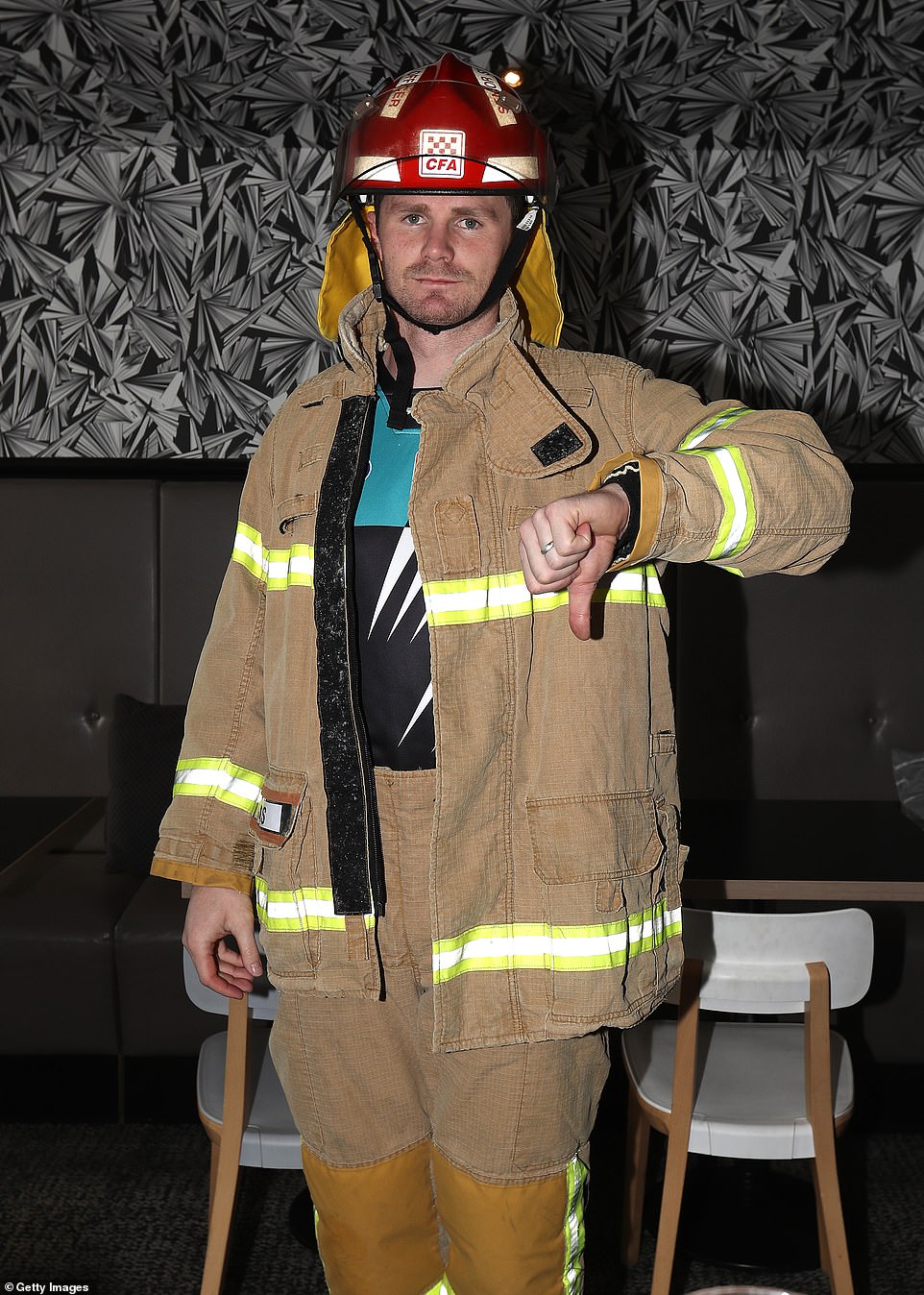 And they didn’t disappoint with a wide range range of dress-ups on display from popular movie, television and book characters to firemen, cowboys, animal onesies and a fallen rock legend.

Veteran Gary Ablett Junior turned up to what may be his last end of season celebrations with baby son Levi in tow making a cameo as baby Carlos from The Hangover while Patrick Dangerfield rocked a fireman’s uniform with a Port Adelaide jersey on underneath. 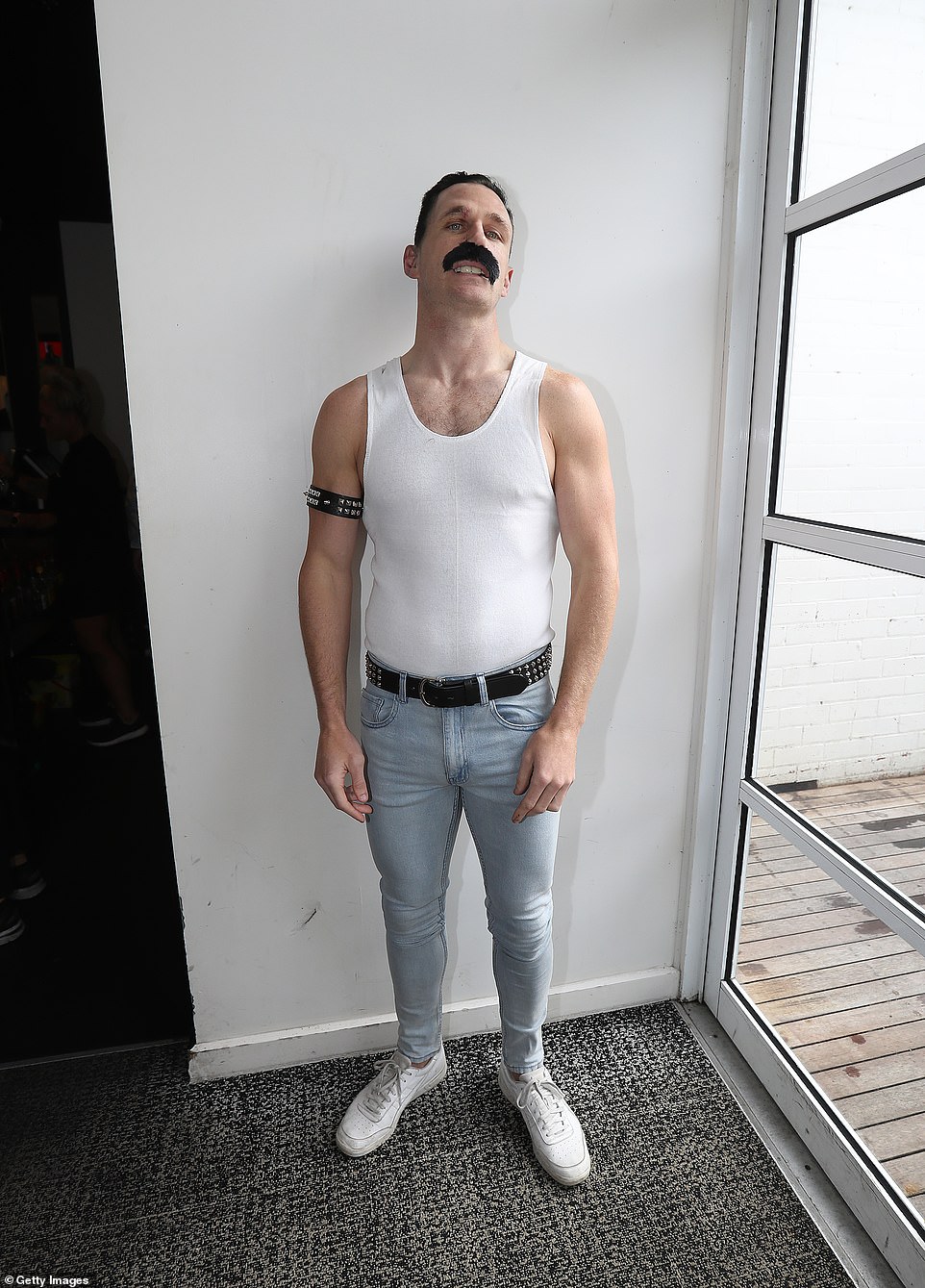 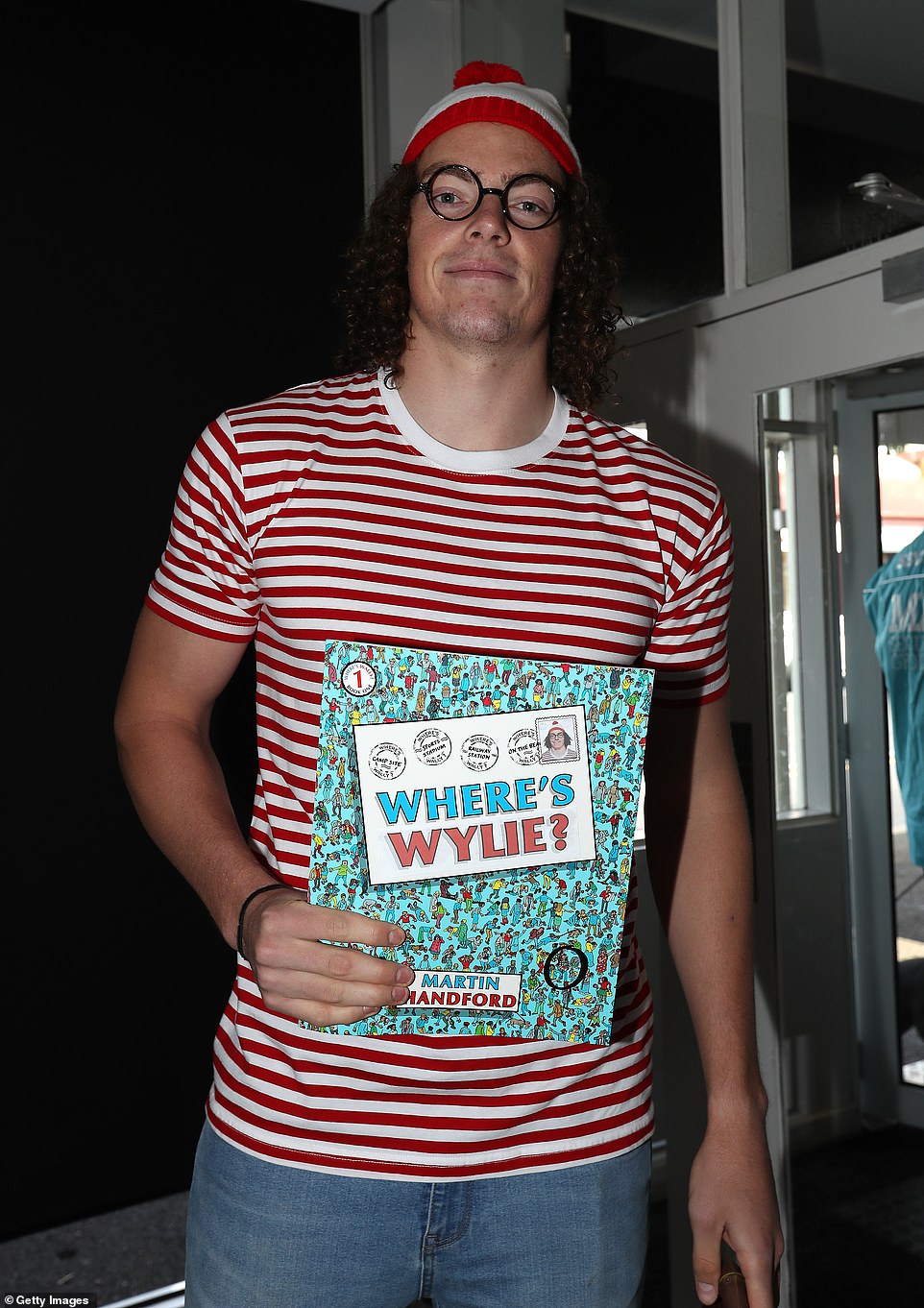 There was no missing Wally, aka Cats star Wylie Buzza who decided to come as his favourite children’s book character

The unusual props also raised a few eyebrows with Cats ruckman Zac Smith dressed as a poo-stained toilet while red-haired Tom Hawkins arrived with a rooster on his shoulder.

Traditionally held on the Monday after the end of the season, the Cats delayed their celebrations by two days due to Monday night’s Brownlow Medal awards.

The Richmond Tigers will be looking for their second premiership in three seasons when they take on the AFL’s newest club GWS Giants in Saturday’s AFL grand final at the MCG in front of 100,000 fans. 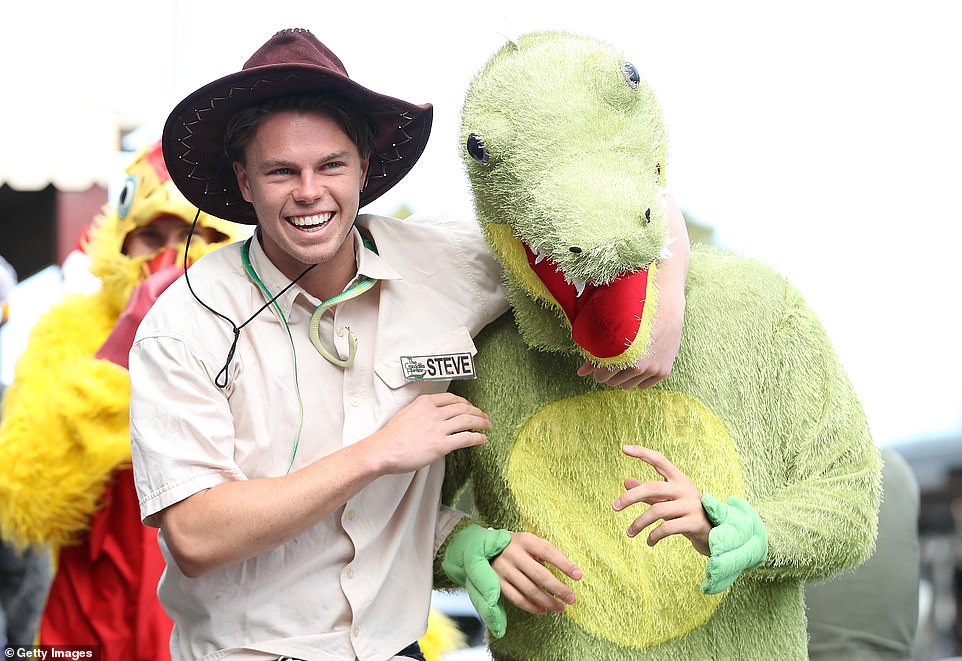 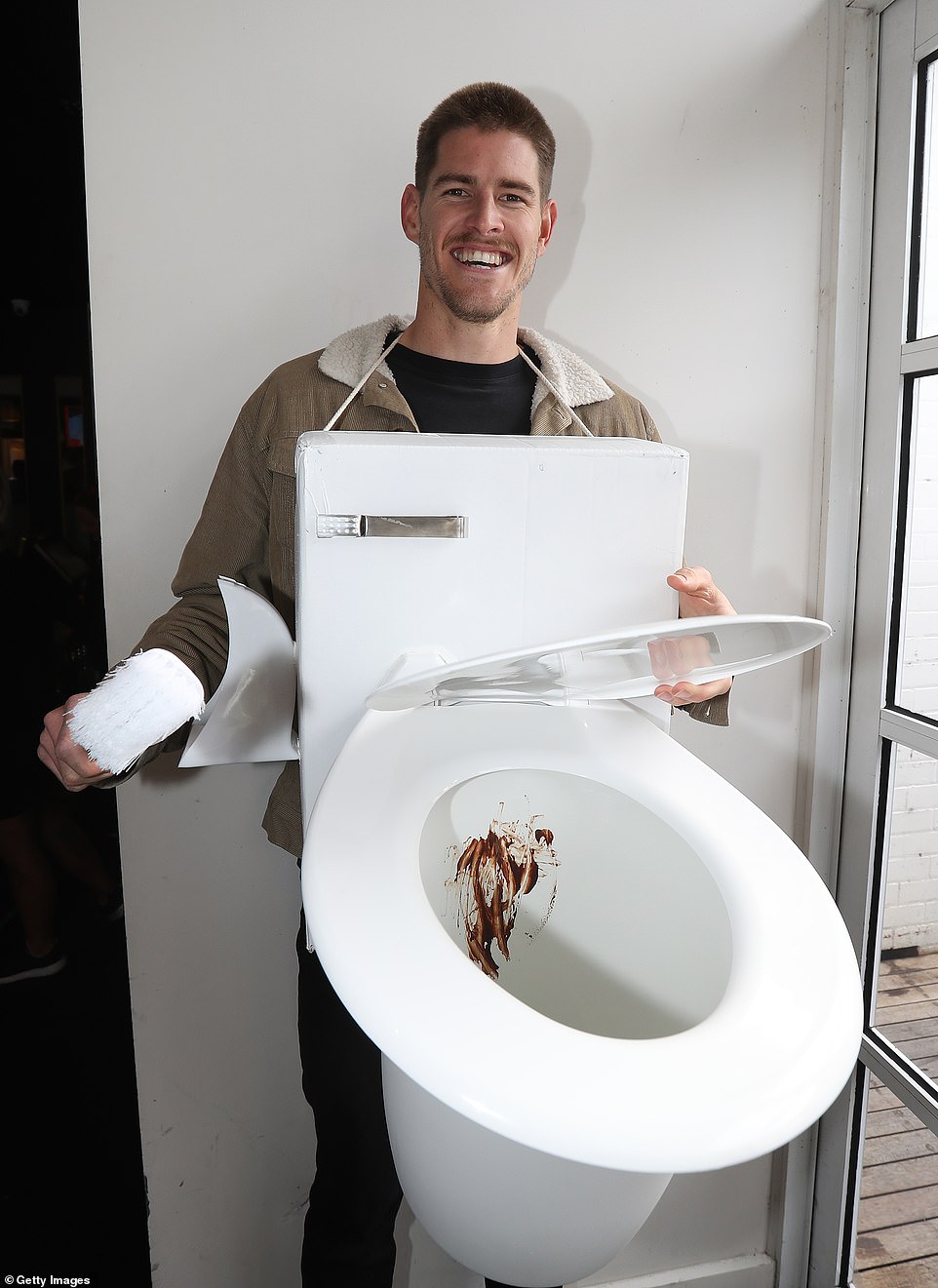 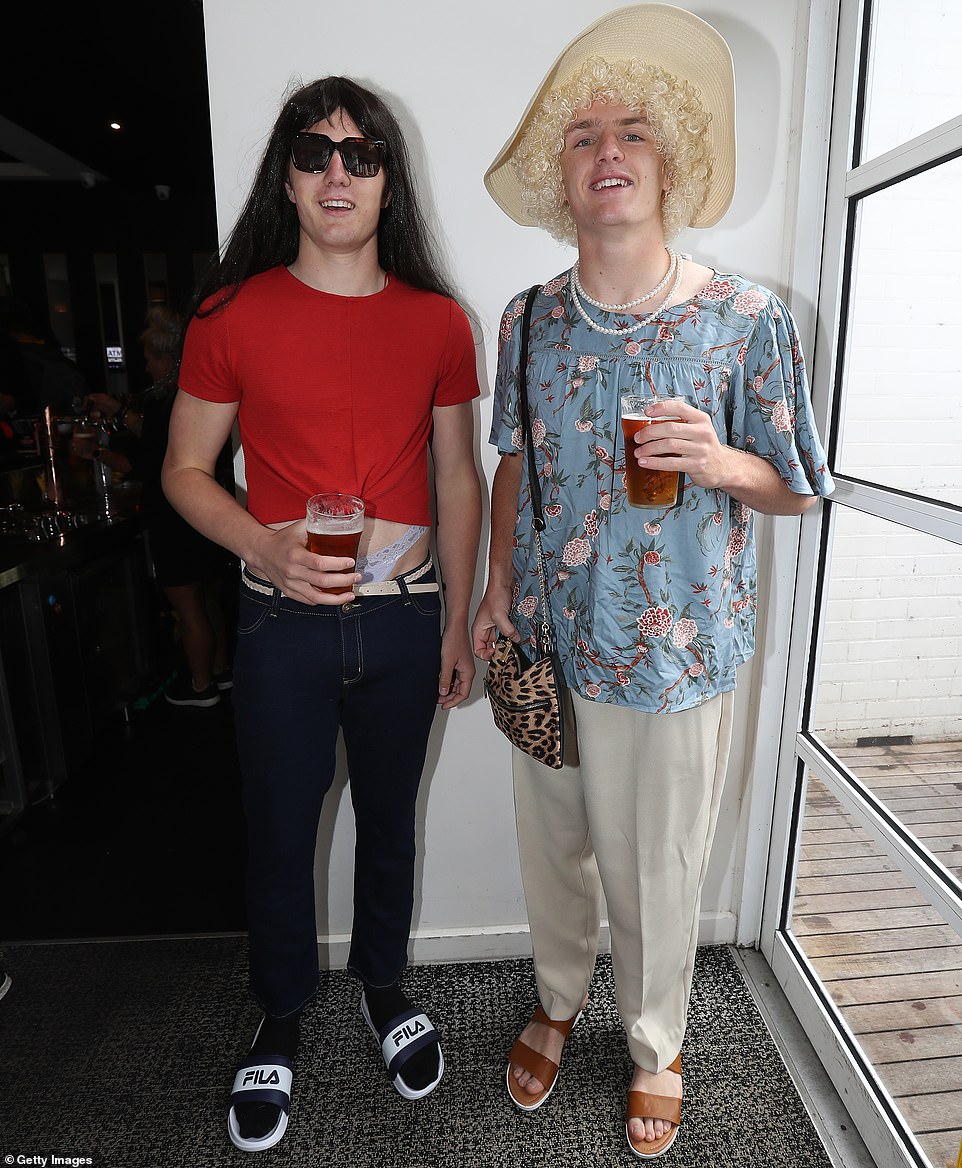 Kath and Kim, aka Geelong players Ben Jarvis and Jacob Kennerley are used to drinking chardonnay rather than beers