Vigilante, 31, is charged with ‘shooting a shoe store manager in the head’ then dumping her body in a tent and setting it alight ‘with the help of two others’

By Nic White and Ben Hill For Daily Mail Australia

An ice-addicted vigilante is accused of allegedly shooting a woman in the head before dumping her in a tent and burning it down.

The body of Maddison Parrott, 29, was found severely burned inside the charred remains of the tent at the Geelong Showgrounds about 2am on Tuesday.

Two days later Nick Cross and two alleged accomplices were arrested by heavily-armed tactical police at a home in Sydney about 3.45pm on Thursday.

The body of Maddison Parrott, 29, was found severely burned inside the charred remains of the tent at the Geelong Showgrounds about 2am on Tuesday

Cross, 31, with no fixed address will be extradited to Victoria and charged with murder after facing Fairfield Local Court on Friday morning.

Todd Sell, 34, from Colac, west of Geelong and Tracy Menzies, 31, from Bell Park in Geelong’s north, were charged with accessory after the fact.

Where Ms Parrott was allegedly shot and then moved to the showgrounds from, or any motive, is still unclear.

A man who was also camping at the site said he saw two men setting up the tent which he said was a ‘glamping-style set up’. 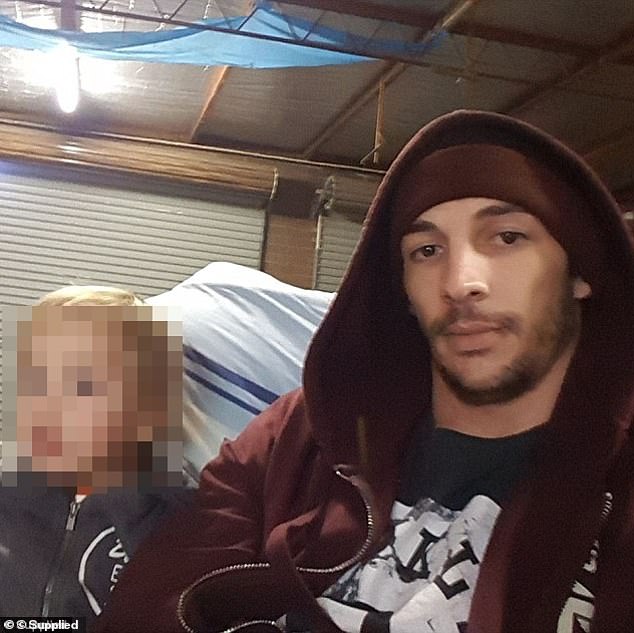 Ice-addicted vigilante Nick Cross, 31, is accused of her murder. He started a vigilante group in Geelong after he and his daughter, 10, (left) endured an attempted home invasion

Cross formed a vigilante group in 2016 after a group of teenagers tried to break into his home as he hid inside with his 10-year-old daughter.

‘Here I have my daughter who still believes in Santa Claus and 2km down the road there is a 12-year-old armed with a knife trying to steal someone’s car,’ he said at the time.

‘The kids are led by a few guys who are about 30. They are always armed with knives or poles and they are becoming more brazen.’

Cross claimed at the time to have 260 citizens patrolling the streets at night with him, and to have grabbed a young offender and made him sit in his shed for two hours until police arrived.

Ms Parrott was working as a store manager at Platypus Shoes until almost a year ago and was a ‘much-loved’ member of the community, the Geelong Advertiser reported.

The 29-year-old had an ‘acrimonious’ split with her husband whom she married about three years ago, and a source said she had struggled since the break-up.

Her ex-husband was not among those accused of participating in her death. 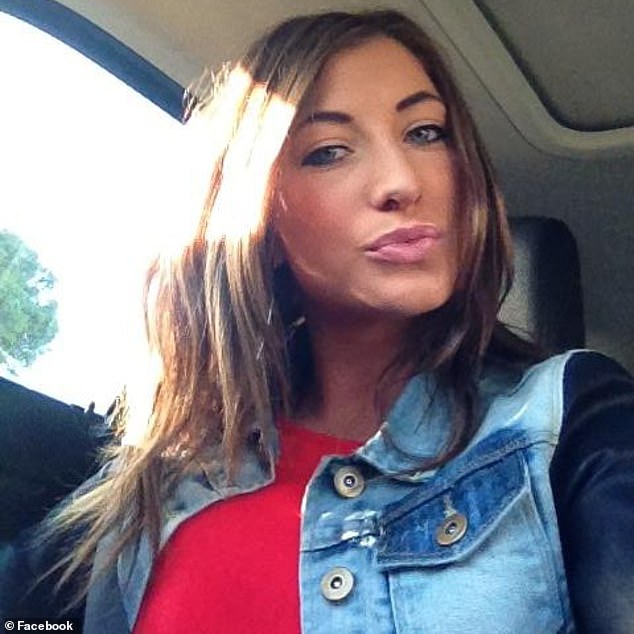 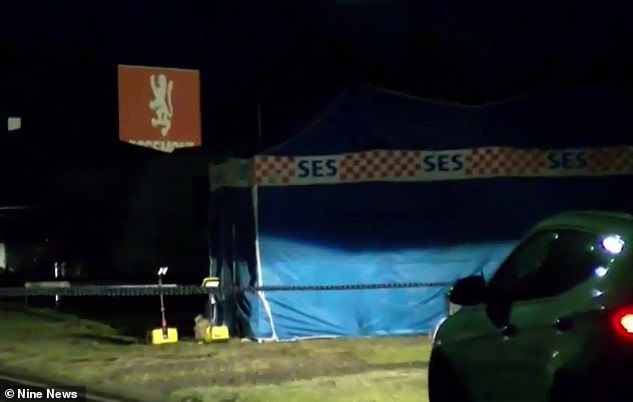 Former work colleagues of Ms Parrott were also spoken to by Victoria Police.

Cross and the other two were arrested at gunpoint at a home on Gipps Street in Greystanes, in Sydney’s west.

Officers surrounded the house and dragged the trio out in handcuffs after reports they could be armed.

Paramedics treated them at the scene as they were injured during the arrests. Neighbours said they had been in the house for less than 24 hours.

A neighbour told 7 News that the arrests were ‘a bit scary’.

‘We got the guns over the fence and stuff like that. They were being pretty serious,’ the neighbour said. 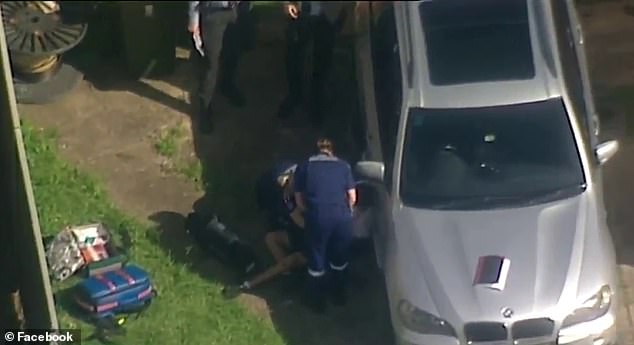 Two men and a woman were arrested in Greystanes, Sydney on Thursday by heavily armed officers from the NSW Police’s tactical unit