By Niomi Harris and Roxy Simons For Mailonline

She is always keen to promote body positivity.

And Gemma Collings was sure to wow in her latest throwback Instagram snap on Saturday, that saw her don a black halterneck swimsuit during a break away.

The former TOWIE star, 39, looked sensational in the attire which showed off her incredible weight loss as she flashed a peace sign.

Wow! Gemma Collins showed off her weight loss as she modelled a black halterneck swimsuit in a throwback snap shared via Instagram on Saturday

Gemma boosted her height with a pair of perpex peep-toe sandal heels, while she added a glittering touch to the look with a silver bracelet.

Her golden tresses were brushed into glamorous waves that cascaded over her shoulders, while she kept her hair out of her face using a pair of stylish shades.

The ensemble accentuated Gemma’s sun-kissed skin as she posed inside a stylish resort, and she used a natural palette of make-up for the look. 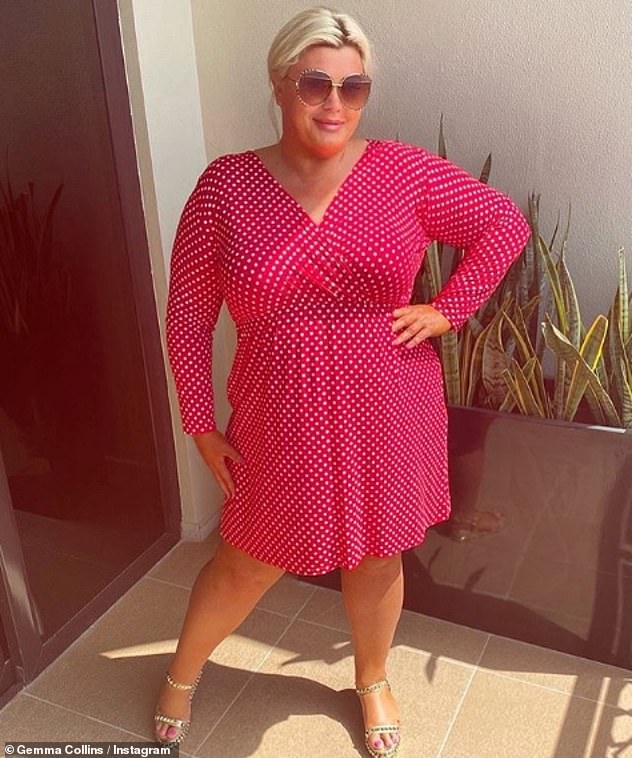 Whoops: It comes after Gemma broke lockdown rules by travelling over 30miles to spend the weekend with her boyfriend James ‘Arg’ Argent

It comes after Gemma broke lockdown rules by travelling over 30miles to spend the weekend with her boyfriend James ‘Arg’ Argent.

The TOWIE star drove her Range Rover from Great Dunmow, where she’s been isolating at her brother’s house, to Arg’s place in South Woodford.

Gemma’s road trip comes after the second episode of her series Diva on Lockdown aired, which showed the TV personality at home with her family, including her brother Russell, his wife and their two children.

‘She parked her car down the street and in someone else’s driveway to prevent people from seeing her but she still didn’t go unnoticed.

‘After some time sat in her car she returned to the house and was still at Arg’s on Sunday afternoon.

‘She’s filmed her show about being on lockdown from her brother’s house, where she’s lived for the last year.

‘Arg lives at least 40 minutes from Gemma, so she’s absolutely broken the government’s rules to see him.’ 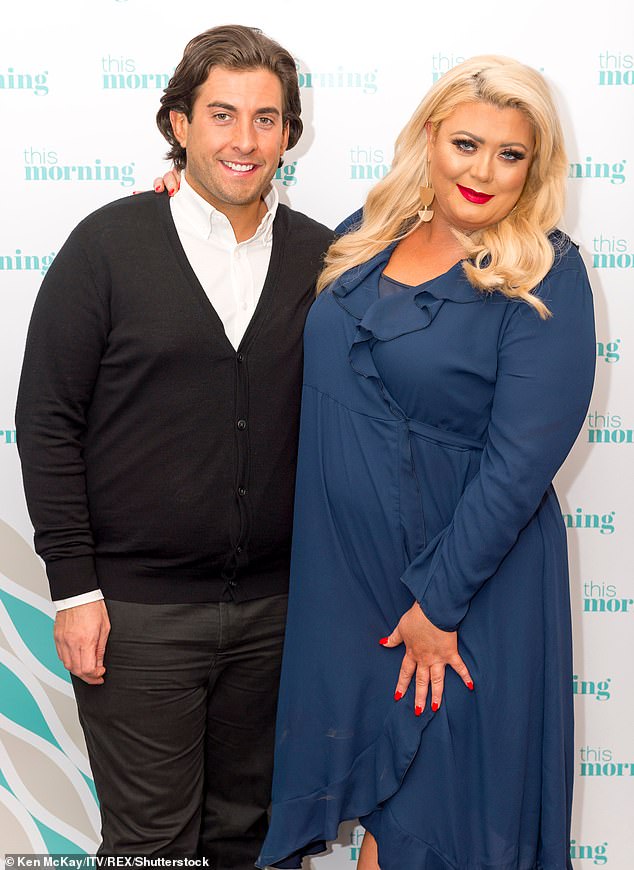 Rule breaker? A source told MailOnline that Gemma parked her car down the street from where James lives to avoid being seen