Liddell, who has been a White House official since the administration took office in January 2017, was under consideration earlier this month to become U.S. President Donald Trump’s top economic adviser. 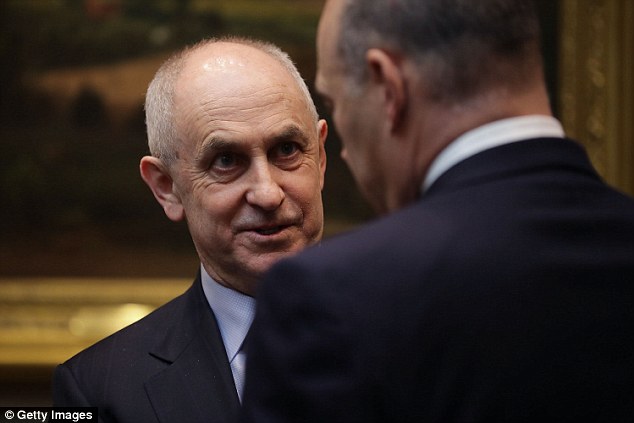 Ex-General Motors and Microsoft Chief Financial Officer Christopher Liddell (left), who has been working at the White House since President Trump took office, was first eyed to take over for White House Director of the National Economic Council Gary Cohn (right) who resigned

Liddell, 59, has worked on projects like information technology modernization and electronic health records, which have required intensive coordination with government agencies, White House officials have said.

‘He has extensive experience managing large organizations and has already overseen a number of interagency processes in the White House.

In his new role Chris will manage the policy process as we continue to enact the President´s agenda,’ White House spokeswoman Sarah Huckabee Sanders said on Monday.

White House Chief of Staff John Kelly said ‘Chris is widely respected across the administration and is highly qualified to oversee and coordinate our policy process. We look forward to having him in this new role.’

Liddell, who also worked on the Trump transition effort, is also working on projects in the White House Office of American Innovation created in March 2017 to leverage business ideas and potentially privatize some government functions as the White House pushes to shrink government.

Liddell also has been involved in an effort on government IT.

Trump has cited estimates that the government could save up to $1 trillion over 10 years through improving government IT and eliminating waste.