Genes that cause OCD identified by scientists

The genes that could cause obsessive compulsive disorder (OCD) have been identified by scientists in a breakthrough that could lead to a new form of therapy.

The condition, suffered by a host of celebrities including David Beckham, forces people to act in unusual ways. Former England footballer Beckham has admitted he has a compulsion to rearrange the contents of hotel rooms and line up cans of soft drinks.

But now it could be treated with gene therapy after four were discovered to be involved, the first to be linked to OCD in humans.

Mutations were found in brain cells linked to serotonin – a chemical involved in emotions, low levels of which can cause OCD.

The condition has been suspected to be genetic for decades as it tends to run in families. This new research appears to confirm this.

It is hoped the findings will allow earlier diagnosis when drugs may be more effective, and even lead to preventing it altogether. 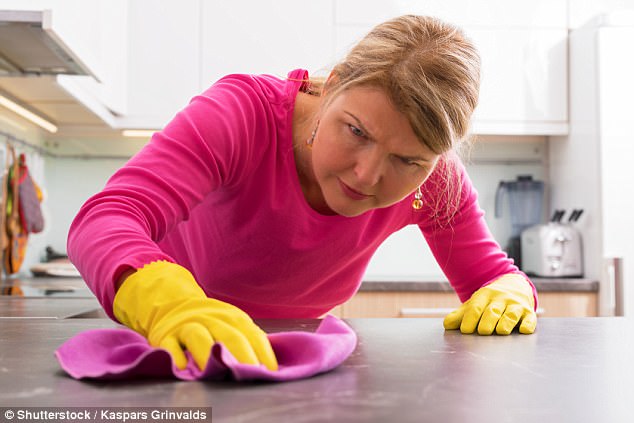 CELEBRITIES WHO HAVE OCD

Cameron Diaz revealed she has to opening a door with her elbow due to her obsessive fear of germs that prevents her from touching doorknobs.

Great British Bake Off judge Paul Hollywood came clean that he sometimes washes his Aston Martin every couple of hours.

Oscar-winner Charlize Theron says lie she will lie in bed and not be able to sleep if she knows cabinets are messy from people ‘just shoving things in’.

David Beckham said in a TV interview that he needs to have everything lined up in a straight line or items have to be placed in pairs such as Pepsi cans in a fridge.

The Devil Wears Prada star Emily Blunt confessed she has started getting very superstitious. As a child, she would get obsessive moments where she’d be in the car and every time she went past a lamp-post she’d have to make six clucking noises with her tongue.

Tennis star Serena Williams ties her shoelaces a specific way and bounces the ball five times before her first serve and twice before her second. She also said she’s obsessed with her nails and has to do them every day.

Some people develop the condition early, often around puberty, but it typically develops during early adulthood.

It is one of the most common psychiatric conditions with 3.3 million sufferers in the US and 750,000 in the UK. It can be distressing and significantly interfere with a sufferer’s life.

A common problem is for sufferers to become obsessed with the notion that they are contaminated with germs, leading to hour upon hour of washing.

‘Over 80 million people worldwide are estimated to suffer from OCD, and most do not find relief with available therapeutics, underscoring the urgency to better understand the underlying biology.

‘Genome-wide association studies implicate glutamate signalling and synaptic proteins, but specific genes and variants have not been validated.

‘Isolating and characterising such genes are important for understanding the biology and developing treatments for this devastating disease.’

As well as their link with serotonin, the mutations are also involved in synapses – where brain cells connect with each other – and in the production of glutamate.

This is another neurotransmitter critical to communication between nerve cells. Higher levels have been found in OCD patients.

The research pinpointed the variants – known as NRXN1, HTR2A, CTTNBP2 and REEP3 – that are at play in the condition.

They did this by sequencing data for 608 genes that potentially were involved and comparing the DNA of 592 people with OCD and 560 healthy controls.

The team also confirmed the results in another 729 cases and 1,105 normal counterparts, before comparing the data with 33,370 population matched controls.

Previously, her research identified genes involved in OCD in mice and dogs.

A range of breeds are particularly susceptible to canine the condition including Doberman pinschers, bull terriers, Shetland sheepdogs and German shepherds. 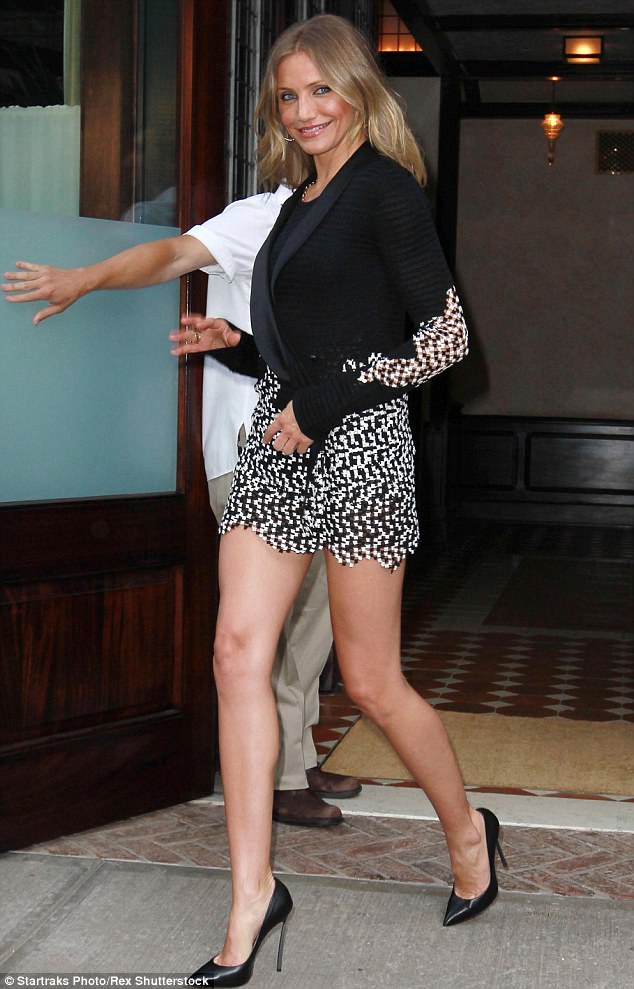 Cameron Diaz claims to have the condition, saying that she can’t touch doorknobs for fear of germs

Symptoms include repeated grooming, constantly chasing their own tails or shadows and blanket sucking.

OCD is currently treated with psychological therapy or when medication is given it is usually a type of antidepressant called selective serotonin reuptake inhibitors (SSRIs) that can help by altering the balance of chemicals in the brain.

But these findings suggest treatment could become much more effective.

Recent research has suggested the discovery of an enzyme which can snip faulty DNA from the human genome has the potential to treat thousands of diseases in humans.

The technique called CRISPR can correct rogue genes. The gene-editing enzyme, known as Cas9, can be inserted into a virus which then transports it into cells.