British households could be set for an invasion of super rats that are resistant to poison thanks to a genetic mutation dubbed L120Q.

The mutation means toxins used to kill the rodents are ineffective and could potentially lead rats plaguing homes across the UK, with some scientists even fearing a population spike thanks to their immunity to poison.

Dee Ward-Thompson, from the British Pest Control Association, said: ‘There could be a significant risk to public health if left unchecked.’

The potentially explosive discovery was made by experts at the University of Reading who identified: ‘the massive extent of L120Q resistance across the whole of central southern England’.

Data for the rest of the UK was not available though there are now genuine fears the deadly gene could spread to rat populations across the UK.

Ms Ward-Thompson added: ‘Their study highlights that resistance is growing in rat species across a swathe of the country.’

Towards the end of last year Brits were warned of a rat invasion as temperatures dropped forcing the disease carrying rodents indoors for warmth.

The exceptionally cold winter was expected to force rodents to flee from their sewer habitat and into warm houses.

The news comes just a few months after one pest control company from Dorset warned of a potential 200 million strong swathe of rats infesting British homes. 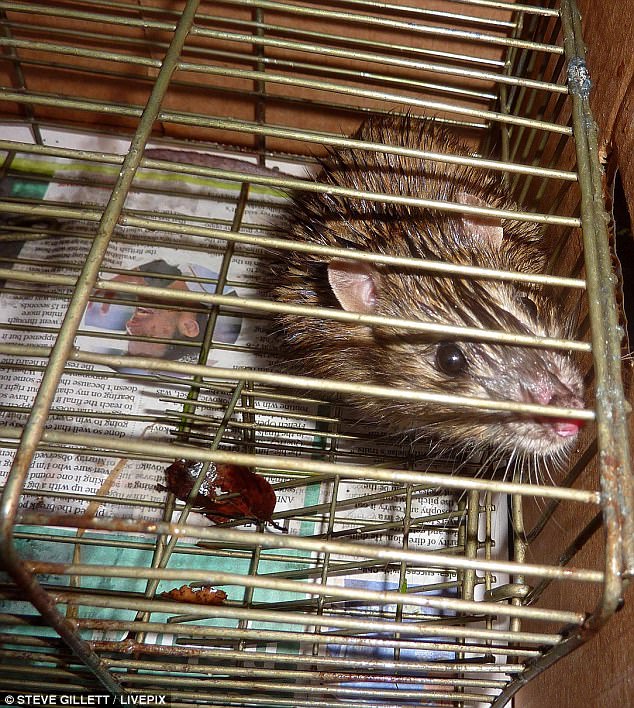 The mutation means toxins used to kill the rodents are ineffective and could potentially lead rats plaguing homes across the UK, with some scientists even fearing a population spike thanks to their immunity to poison

‘Rodents, including mice, are on the increase. Some people, particularly those with larger families, tend to store stuff alongside the bins, which becomes a huge attraction for rats and mice,’ he said.

Compost heaps should be covered.

Areas around garden bird feeders should be kept clean and pet food bowls should not be left out overnight.

Seal up any points of entry, such as external gaps, holes or crevices.

Remove potential nesting sites by keeping gardens clean and tidy, cutting back overgrown areas and clearing any piles of wood or debris.

Ensure doors and windows can be closed properly and that drain inspection covers are well maintained.

‘Also, what we have noticed, is a lot of people – instead of having a bin – put out rubbish in plastic bags. You can see all the rubbish strewn up the road.

‘The rodents seem to have a clock to know what time bins are put out. You see them running out to the bins a few moments after they have been put out.’

The British Pest Control Association (BPCA) says a typical home has more than a dozen potential entry points for rats.

A BCPA spokesman said: ‘Reports of poison-resistant rats have been increasing in recent years and it seems likely that there’ll be a further surge in numbers.

‘Rats must be dealt with by a professional pest controller who knows the area in question and their likely habitat, and knows how to treat any particular strain,’ he stressed.