It looks like tennis star Genie Bouchard is going on another date with the college student she met on Twitter after losing a bet over last year’s Super Bowl.

Last year, Bouchard went on a date with University of Missouri senior John Goehrke, when she lost a bet over who would win the Super Bowl match-up between the Atlanta Falcons and the New England Patriots.

The Falcons led the Patriots for most of the game, causing a cocky Bouchard to tweet: ‘I knew Atlanta would win btw.’ 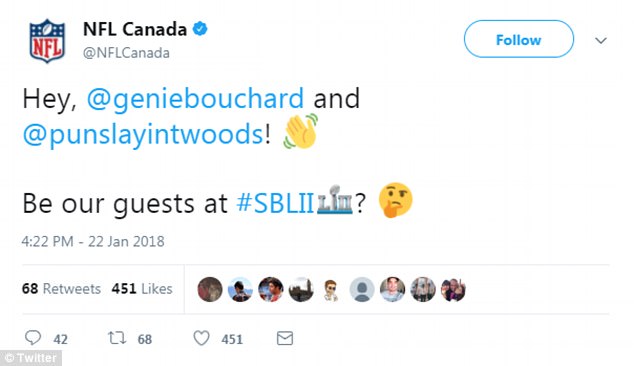 On Monday, NFL Canada invited Bouchard and John Goehrke to the game as their guests 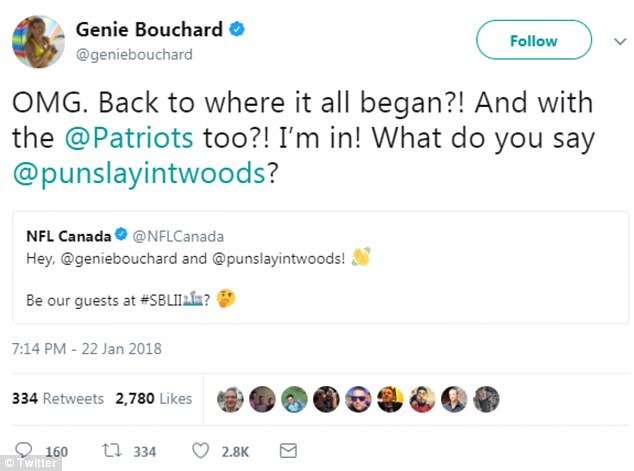 Bouchard jumped on the opportunity, writing: ‘OMG. Back to where it all began?! And with the @Patriots too?! I’m in!’

Goehrke quickly wrote that he was also available to attend the same, which will take place in Minneapolis

Goehrke responded to the tweet, asking her if she would go on a date with him if the Patriots ended up winning.

The team did, and the two went on a date just a few days later at a Brooklyn Nets game in New York.  And the date went so well that the two have actually stayed in touch. Just last month they were spotted hanging out in Miami.

On Monday, NFL Canada tweeted at Bouchard and University of Missouri senior John Goehrke, inviting the two to attend Super Bowl LII as their guests. (NFL Canada is a company that takes cares of all the NFL’s business interests north of the border.) 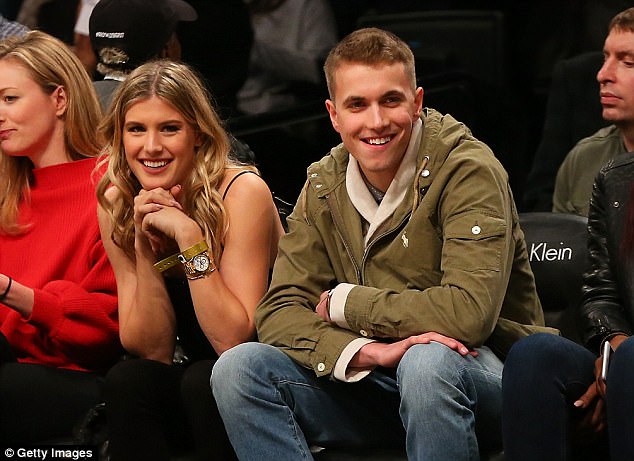 During last year’s Super Bowl, Bouchard tweeted out that she knew the Atlanta Falcons would win. Goehrke asked if she would go on a date with him if the Patriots made a comeback, and they did. Soon after, the two attended a Brooklyn Nets game in New York (above) 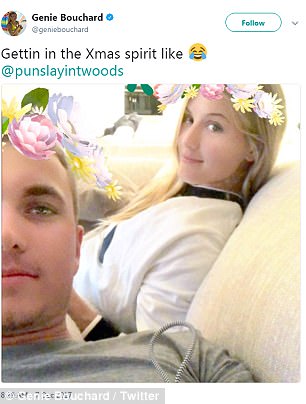 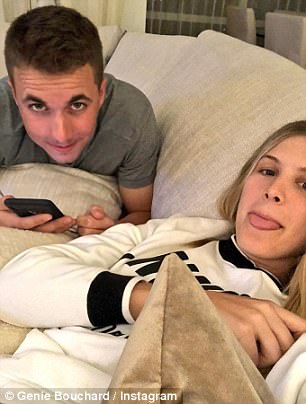 Firm friends? They’ve kept in contact too. Just last month, the two were seen hanging out in Miami (left and right)

Bouchard jumped at the invitation.

‘OMG. Back to where it all began?! And with the @Patriots too?! I’m in! What do you say @punslayintwoods?’

Goehrke responded in less than an hour: ‘This keeps getting better. I’m in!’ 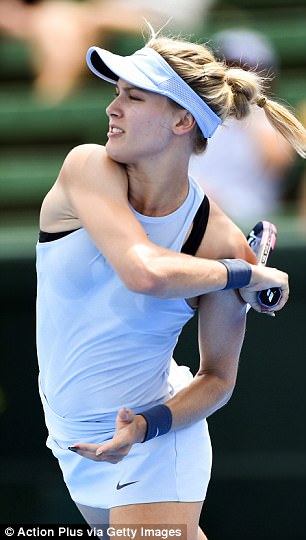 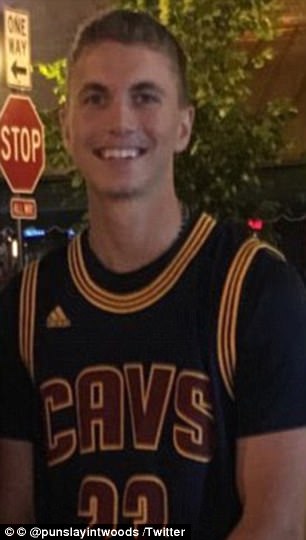 While Bouchard said she’d be up to seeing Goehrke again after their first date last year, it appears that her relationship with the American college student is platonic.

Before the date, Bouchard was rumored to be dating hockey player Jordan Caron.

The couple were spotted over the summer vacationing in Majora, and Caron has posted multiple pictures with Bouchard to his Instagram in the past year. 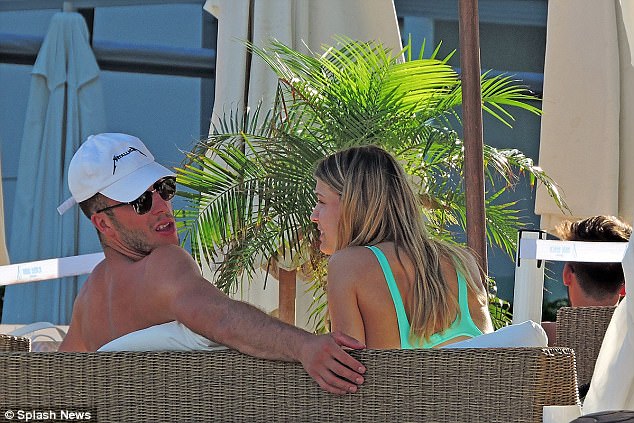 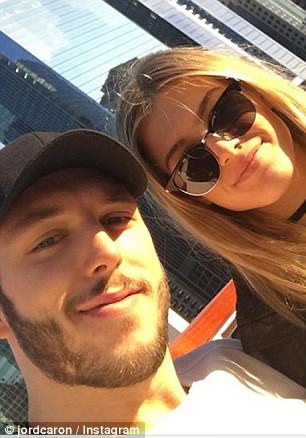 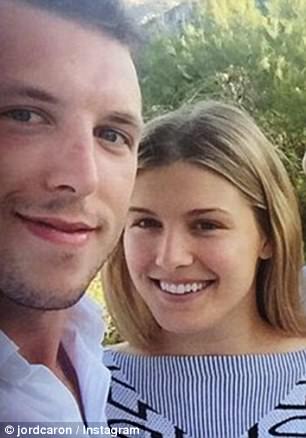