Genk 0-0 Napoli: Bonus for Liverpool as Carlo Ancelotti’s side are held to a frustrating point

Genk 0-0 Napoli: Bonus for Liverpool as Carlo Ancelotti’s side are held to a frustrating point in Belgium

Napoli’s troubles away from home in the Champions League were exposed again in a 0-0 draw at Genk on Wednesday.

The result extended Napoli’s winless streak away from its San Paolo stadium to eight matches in the competition.

Napoli hit the woodwork three times and a shot from Kalidou Koulibaly was cleared off the line – all in the first half.

There was more frustration for Napoli after the break with Jose Callejon wasting a clear chance after being left unmarked.

Still, Napoli moved atop Group E with four points, one point ahead of Salzburg, which was visiting titleholder Liverpool later.

Genk is next with one point and Liverpool has none after losing 2-0 at Napoli in the opening round of matches. 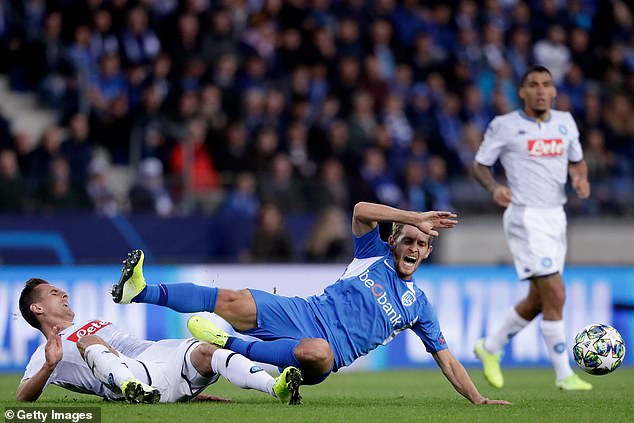 Napoli began with energetic forward Dries Mertens and in-form center forward Fernando Llorente on the bench and Lorenzo Insigne in the tribune.

The decisions backfired as Arkadiusz Milik – who hit the goalframe twice – was consistently off target.