‘It was a great moment’: Genk midfielder Sander Berge delighted after being praised by Liverpool boss Jurgen Klopp amid transfer link

Berge played the full game as Genk were beaten 2-1 in the group stage clash and Klopp was intrigued by the Norway international’s performance.

There have been suggestions that Liverpool could pursue a move for Berge, who is valued at £25million.

Klopp spoke to the 21-year-old after the game, with Berge subsequently recalling the ‘wonderful’ moment.

Berge told VG: ‘It was a great moment. You have a big smile when you receive those sorts of compliments.

‘It is wonderful when such a renowned manager as Jurgen Klopp comes over and says something like that.’

Berge also played the entirety of Genk’s 4-1 loss at home to Liverpool last month and has scored two goals in 14 league appearances this season. 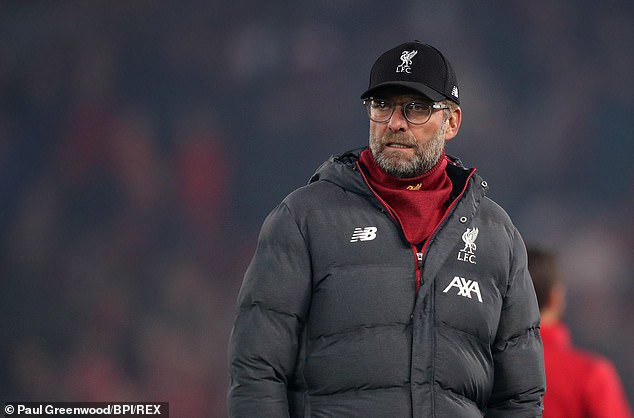 The youngster’s current contract at Genk runs until the summer of 2021, but he could well be on the move before then if a suitable offer comes in.

Liverpool have a host of midfield options at their disposal, with the likes of Fabinho, Georginio Wijnaldum, Naby Keita, Jordan Henderson, James Milner, Adam Lallana and Alex Oxlade-Chamberlain all at the club, but the Reds are always on the lookout to strengthen their squad further.